Naomi Westwater wields her ‘Feelings’ as a catalyst for sociopolitical change 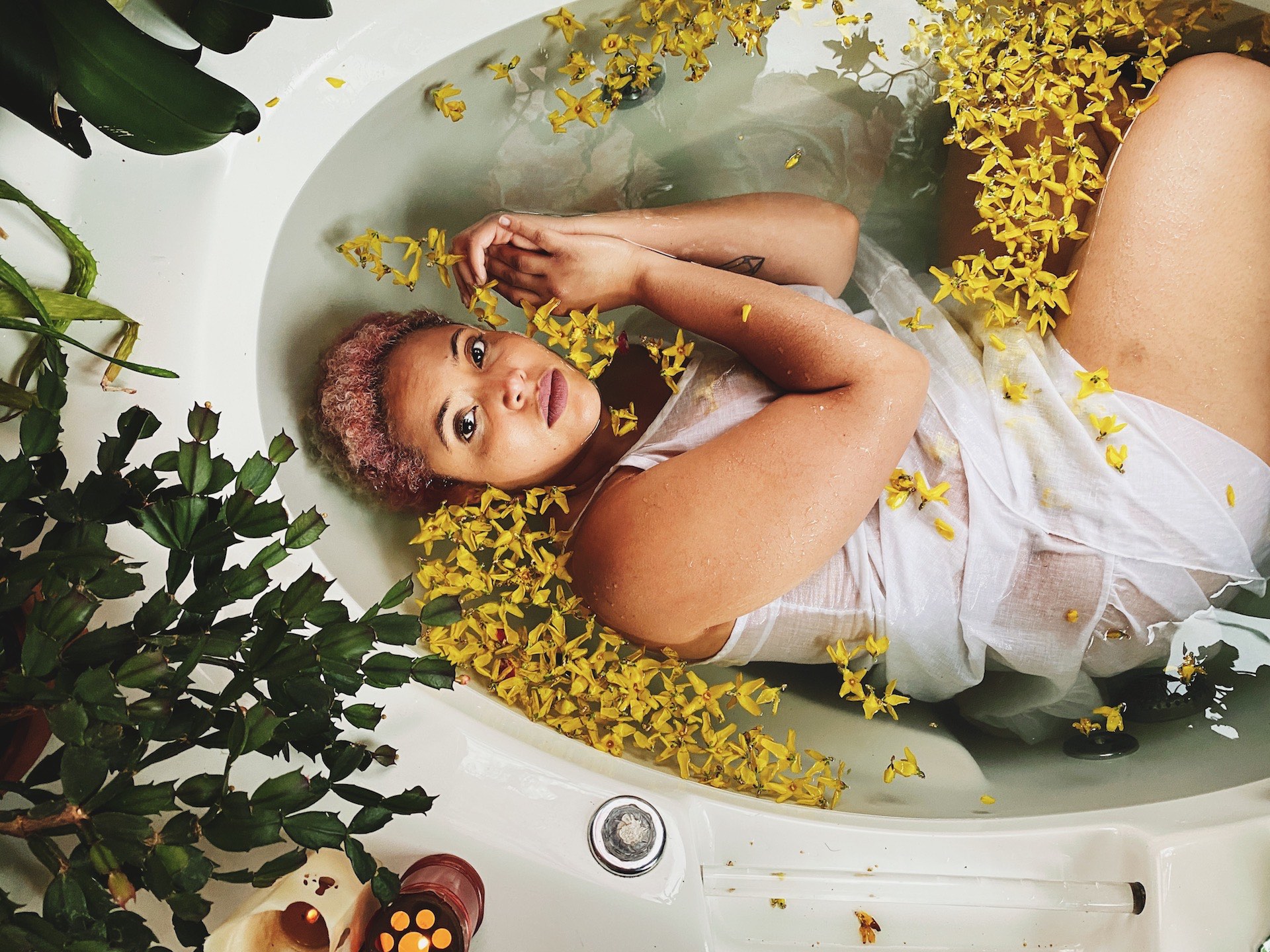 Something’s awry in Naomi Westwater’s home. Rather, in her homes.

When parsing through the Brockton singer-songwriter’s new EP Feelings, it’s easy to assume the setting is Massachusetts — that’s the focus of her song “Strange Weather,” after all. But below the surface, Feelings is a bone-rattling reckoning with Westwater’s many homes: The earth, society, and the confines of her own body. Released today (September 3), Feelings unpacks the baggage associated with these environments, and then makes a conscious decision to redecorate her headspace.

Her spirituality and demand for justice — for both herself and the world around her — guide her journey, as she relates her own struggles through a lens that inextricably links the personal with the political. “Strange Weather” in particular shares a snapshot of Westwater’s heightened senses, as she observes her home state ravaged by twisters and catastrophic snowfall in the wake of climate change.

“I was born in 1990, and I’ve lived in Massachusetts the majority of my life, so I have witnessed climate change,” Westwater tells Vanyaland. “The weather, the climate, they are not the same as they used to be when I was a kid. ‘Strange Weather’ is making the personal political, and therefore the political has to be personal. . .I think because of my spirituality, I pay a lot of attention to the seasons and the weather, and the climate, and the earth changing around me. I was raised to do that, and I’ve been an actively practicing witch since 2010. It’s scary, when a part of your spirituality is nature, to see nature suffering.”

In “Strange Weather,” Westwater longs for humanity to take care of its home. In other cases, she wishes her home would take better care of her for once. The EP’s first song — aptly named “Home” — wrestles with the weight of endometriosis and adenomyosis, diseases that Westwater has displayed symptoms of since she was around 10 years old. In 2016, she reached a breaking point while studying at Berkelee in Valencia, Spain, when the side effects of both illnesses had completely invaded her body.

“My body was on fire with pain,” she recalls. “And it is so hard to love your body, to love yourself, to have any ounce of body positivity, to have any ounce of self-worth, when your body feels like it’s killing you. And that’s where ‘Home’ came from. I just was so uncomfortable and in so much pain, and I didn’t feel I could fully express it to people. People didn’t believe me, doctors didn’t believe me, I was told I was a hypochondriac, medical professionals slut-shamed me, because they thought my endo[metriosis] was an STI. And I just really hated living in my body. I feel so lucky now that I have gotten a lot of medical help – surgery and PT [physical therapy] – that I needed. I still have a very challenging relationship with my body, but my body is not a painful or destructive place to be in anymore.”

The song also introduces her third home: Her place in society not only as a woman, but as a Black woman who can’t have children. “My body is not my home / ‘Cause it ain’t loving me, as far as I can tell,” she laments over her stomping alt-Americana, a few verses before she condemns herself as a “another barren woman giving up to the earth.” Her pained proclamations share part of the aforementioned “redecorating” process, as she sheds this societal dread and defines for herself what it means to be a Black woman.

Her cover of Billie Holiday’s masterwork “Strange Fruit” digs even deeper into the deadly repercussions of racism, something so powerful that she “draw[s] on the power of [her] ancestors” to strengthen her when carrying the song’s generational weight.

“I don’t even want children, but for a long time I felt like my value as a human being was tied to my ability to produce children,” Westwater notes. “I had a lot of shame in a body that wasn’t capable of doing that. A lot of shame in a body that wasn’t capable of having pain-free sex too. I feel as a woman, especially as a Black woman, I’ve been tied to my body. My identity is my body and what my body can do for others. And now I see how messed up our culture is and I see that my body only belongs to me and it is not my responsibility to use my body for anyone. I reject what the culture says I should be doing with my body. But there was a lot of grieving that had to happen to understand that my body was not going to be what society told me it should be.”

“Commune” comes through as the unexpected through line of the EP, sharing a desire to contact late loved ones and the otherwise unseen. Yet keen listeners know that Feelings itself is a six-track request to commune with humanity and offer ironclad proof that there’s still ample work to do in our respective “homes.” True, feelings are not facts, but feelings do come directly from each person’s lived experience. Feelings is a clear view of Westwater’s multifaceted world, with a window into all the areas that still require improvement.

Westwater just hopes listeners take the time to peer inside and pay attention.

“This whole project is me tackling big issues that have made me really emotional,” Westwater concludes. “Racism makes me cry, climate change makes me angry, I was in so much pain for so long from my chronic illness I wanted to die. These are issues that affect so many of us, and I needed to express my experience of them through music. You know I don’t wanna have an intellectual debate about racism, or climate change, or my endometriosis, what I wanna do is scream and dance and cry about these things. Feelings allowed me to do that.”