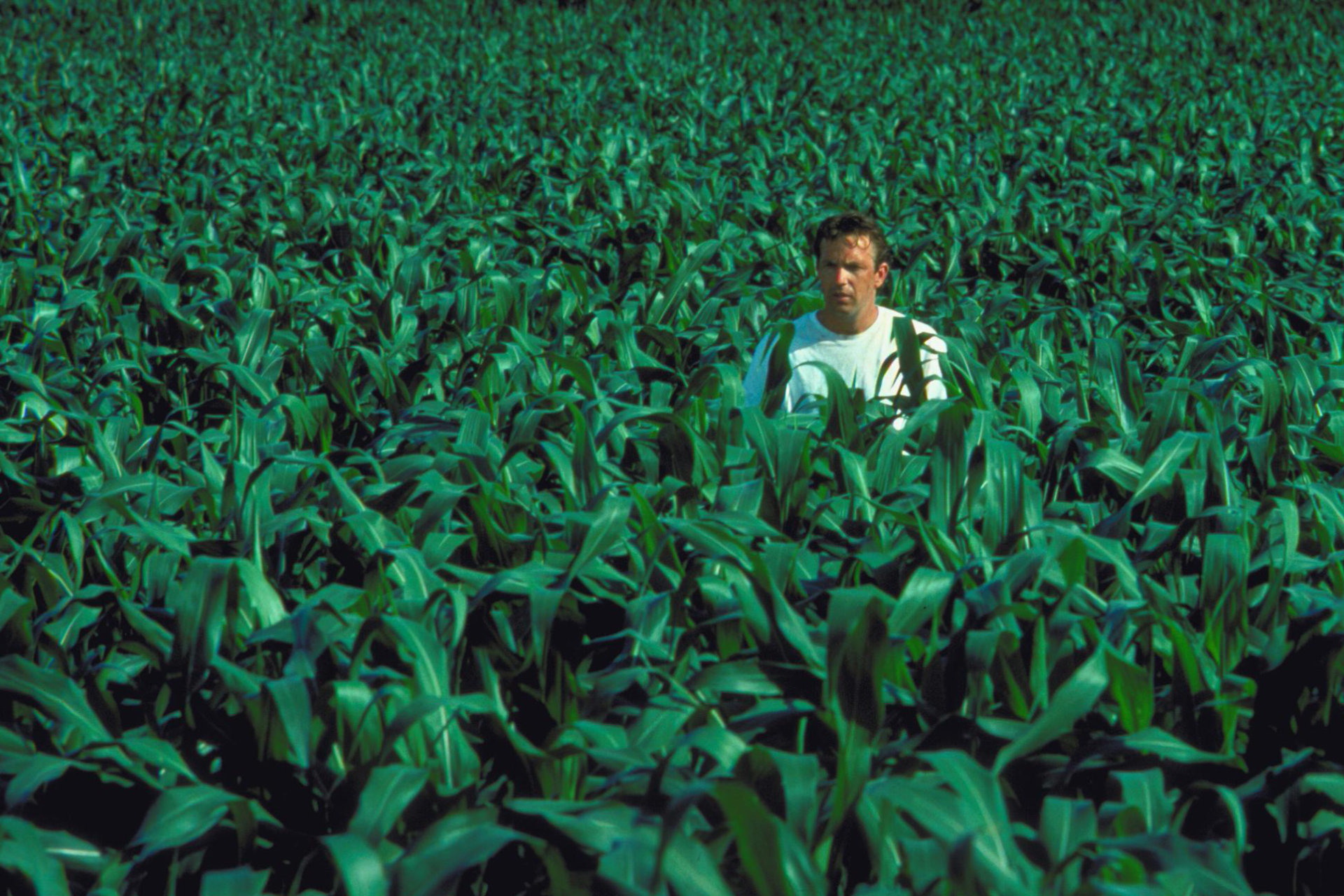 Still from 'Field of Dreams' by Universal via MovieStillsDB

Everybody knows Newton’s third law of motion: For every action, there is an equal and opposite reaction. Here’s a particularly egregious example of that law, as it’s applied to the entertainment business, put into action. This past week, Major League Baseball did one of the best — and literally extremely corny — location-specific tribute games that they’ve ever done, which started up as a general practice after they started doing games at the Little League World Series in Williamsport a few years ago. This one was a match-up between the New York Yankees (boo) and the Chicago White Sox (sure) in the middle of an Iowa cornfield, paying lengthy tribute to Field of Dreams, one of the best baseball movies (and a particularly good example of true American magical realism in practice). It was supposed to happen in 2020, but it was worth the wait: Kevin Costner threw out the first pitch; the players literally walked through the corn, much like the spirits of the old players in the film, to enter from the outfield; and it helped that the game itself was a lot of fun. This was a genuinely perfect, sentimental showcase for the game itself — on national TV during primetime, no less — and it’s no surprise that it was Baseball’s most-watched regular-season game in nearly two decades.

Now here comes the equal and opposite reaction. Seeing all that money lying on the table and also seeing their anemic streaming service Peacock in desperate need of a pick-me-up, NBC/Universal has decided to make a series based on Field of Dreams for the platform. Deadline reports that the show will be written and produced by Mike Schur, famous for creating The Good Place for the network and who, based on that pedigree, feels like the absolutely wrong choice for a project as clear-eyed and sentimental as this one. It could be alright, much like the Love Story series at Paramount Plus could be alright, or any number of dumb adaptations that media companies are slinging about like handfuls of spaghetti during a “team-building” food fight at a WeWork company retreat, but they probably won’t be.

Anyway, no word on when it’s going to be out, but who really cares? The only reason we really wrote up this news was to put the highlights up here and let you enjoy the blissful nature of that very silly, very endearing game if you didn’t get a chance to see it. Spoiler alert: Even though it was the Field of Dreams game, the White Sox apparently spent their prep time watching The Natural.

You can practically hear the Randy Newman score playing as Tim Anderson rounds those bases, right?