Netflix’s ‘America: The Motion Picture’ gets a batshit trailer 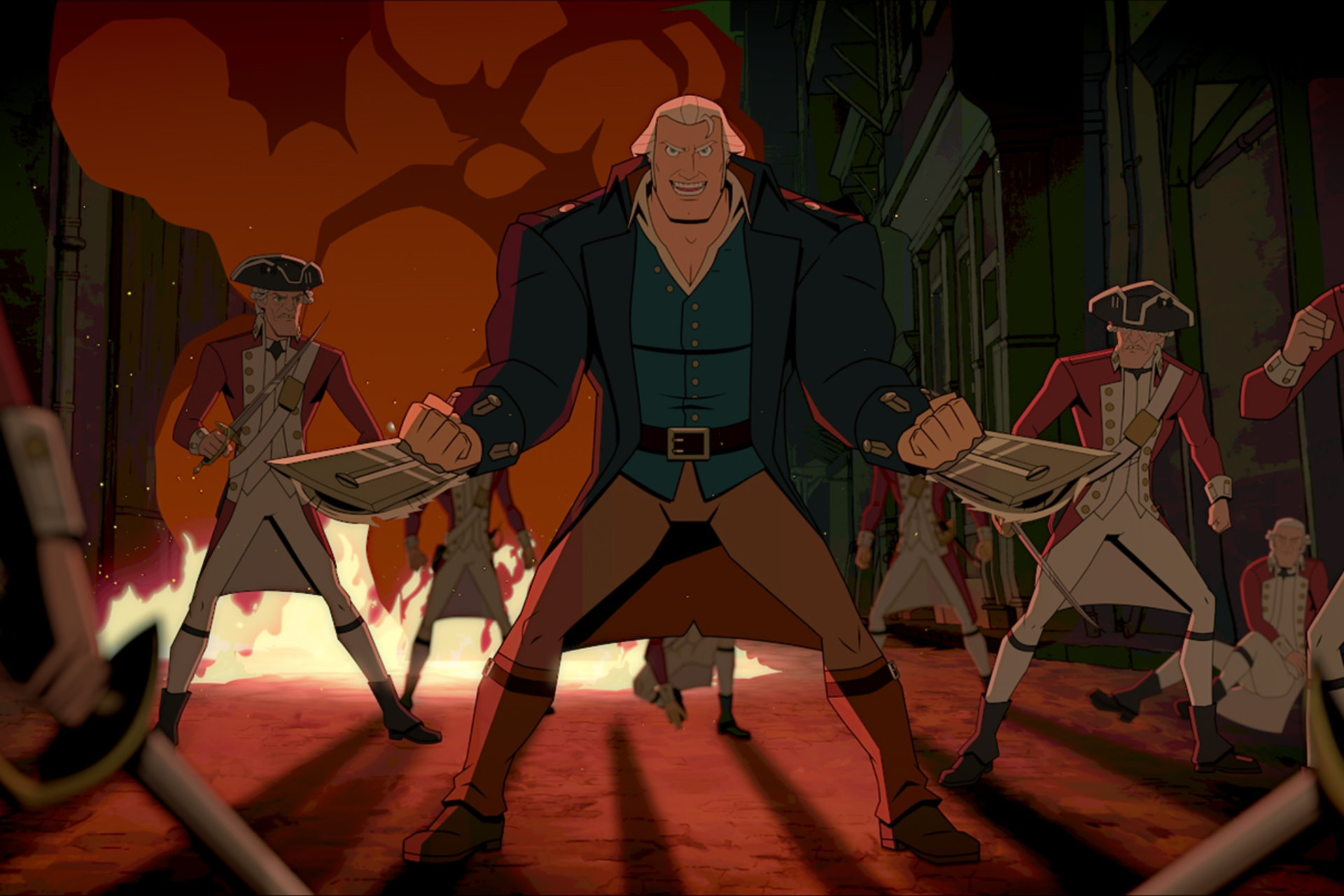 So far on this Trailer Thursday, we’ve gone from cyberpunk to cry-worthy, and now we’ve settled on some straight-up Chad Shit for our next installment. We’re kind of stunned that Phil Lord and Chris Miller had the restraint to avoid calling their new animated feature A Chad’s History of the United States (RIP Howie Zinn, real ones never fade out), but the real title, America: The Motion Picture, scratches a kind of nostalgic itch for us anyway. Marrying the myth-making majesty of Star Trek: The Motion Picture with the satirical bite of Hamburger: The Motion Picture, America: The Motion Picture imagines U.S. history as a bloody, badass, and seriously goofy cartoon show. It’s the kind of shit Kenny Powers might show his kid at a young age so that he might grow up the right way, along with whatever Criterions he has. And that’s some G shit right there, even if you’re not technically using as its makers intended it, Kenny.

Netflix previously teased the movie as a part of its big summer movie preview back in April, but this is the first full-length trailer for the project on its own, and man, does it look like a hoot and a half.

“In this wildly tongue-in-cheek animated revisionist history, a chainsaw-wielding George Washington assembles a team of rabble rousers — including beer-loving bro Sam Adams, famed scientist Thomas Edison, acclaimed horseman Paul Revere, and a very pissed off Geronimo — to defeat Benedict Arnold and King James in the American Revolution. Who will win? No one knows, but you can be sure of one thing: these are not your father’s Founding… uh, Fathers.”

America: The Motion Picture hits Netflix on June 30, just in time to compliment your Fourth-of-July grilling or pregaming or post-fireworks sink-vomiting.