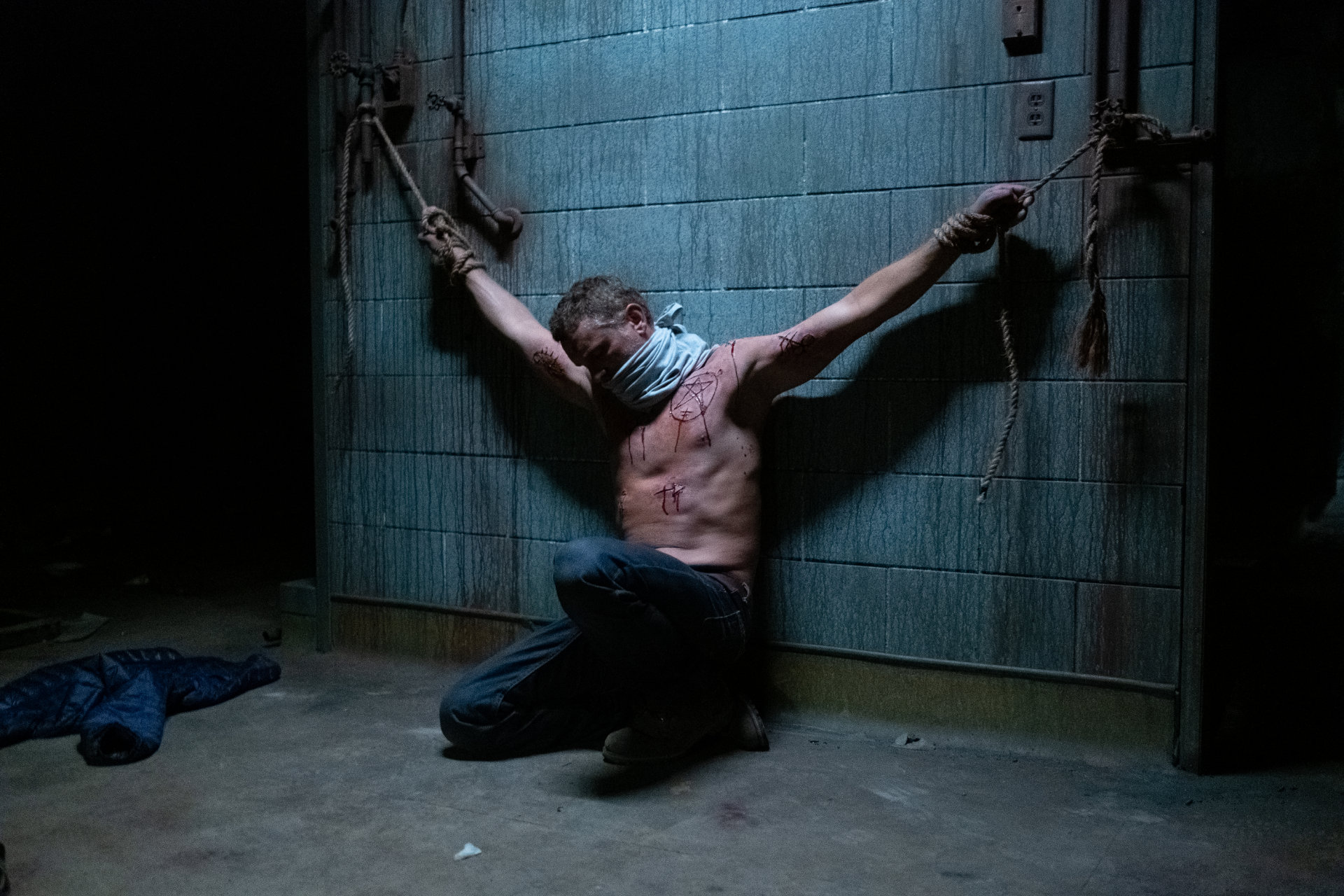 Finally, we’ve come to the end of this lovely Trailer Thursday, and we’ve got to say that it’s been an epic-seeming journey, one that unexpectedly spanned the whole emotional spectrum. We’ve oohed and ahhed at Hugh Jackman, shed a tear over the teaser for a moving documentary, and kicked Redcoat ass with a group of cartoon American heroes, and it’s fitting that we’re going to finish up on a movie about demonic possession from the dude who directed Chappie. That’s right: Neill Blomkamp went the Ben Wheatley route and directed a secret horror film during the pandemic entitled Demonic, which is about a mother-daughter haunting (we assume that this is the opposite of a father-daughter dance because it sounds way cooler than that bullshit).

Demonic certainly doesn’t look like anything we’ve seen theatrically from Blomkamp, though it may be more in line with the shorts that he’s been publishing online for the last few years, and this trailer from IFC Midnight raises plenty of questions that you will have to see the movie in order to have answered.

Here’s a very, very brief synopsis, right in line with how slow the drip has been with any information regarding this film:

“From the director of ‘District 9’ and ‘Elysium,’ a young woman unleashes terrifying demons when supernatural forces at the root of a decades old rift between mother and daughter are revealed.“

Thankfully, all will be revealed when Demonic drops in theaters and on VOD on August 20. What won’t be revealed is whatever the hell happened to Robocop Returns, the sequel to the classic Paul Verhoeven film that Blomkamp announced he’d be directing pre-pandemic. Is that still happening? Or is this another example of the Mandela Effect? If so, please, send help from the universe where Blomkamp got to make his Alien sequel.