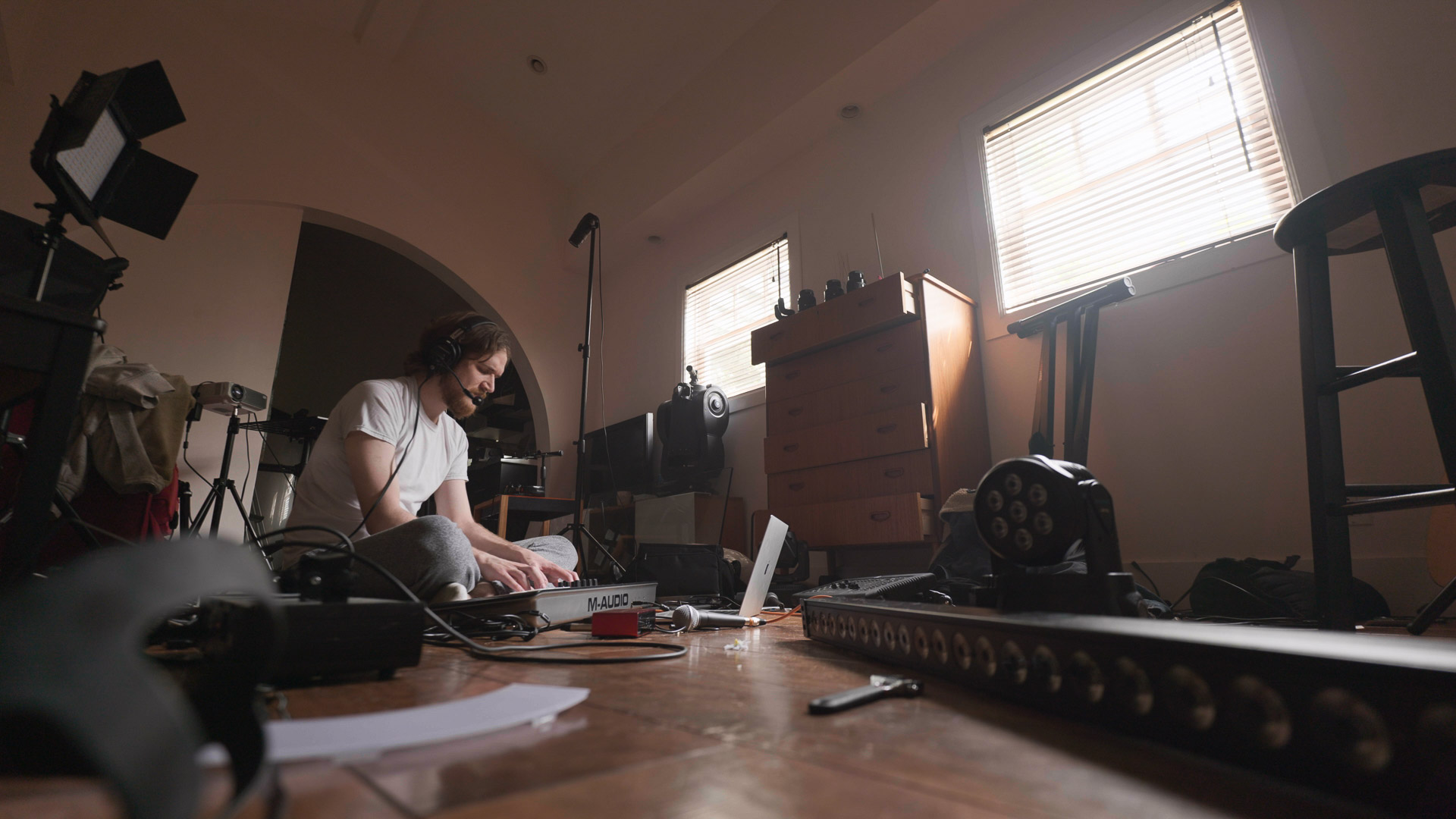 After watching Bo Burnham’s latest Netflix special, Inside, we can say with confidence that no combination of words that we present here can truly capture the essence of such a creative and emotional tapestry. Quite frankly, you just have to watch it and experience it for yourself — but while we’re here, we have some thoughts and feelings about it that we’d like to share.

First and foremost, it’s great to see Burnham back in a performative setting. The musical special, which hit Netflix on Sunday (May 30), brings a grizzled version of the Massachusetts native back into the spotlight, which only further represents the evolution from the clean-shaven Burnham we’ve come to know over the years. Although, it’s not as much of an indicator of growth as the overall demeanor of the special, which balances the utilization of the upbeat musical humor that sparked Burnham’s ascent into superstardom as a kid with the keen director’s eye he’s exercised in the film realm since stepping away from the stage.

It isn’t just comedy, and it isn’t just tragedy. It’s a beautiful volley between the two, which honestly couldn’t describe our collective psyche over these past 18 months any better. Additionally, although the constant pinballing of emotion may throw some of us off while watching, the ensuing performance is a near-perfect dissection of the question Burnham asks at the top of the special: Should I be joking at a time like this?

The comedic elements of the project intertwine with a deep, thought-provoking, and at times sobering dose of introspection, but the two don’t cancel each other out in the slightest. In fact, the darker moments are only enhanced by the comedic injections, and vice versa, without sacrificing substance from either side.

Burnham’s musical prowess has become something of legend over the course of his career, and now adding tunes like “White Woman’s Instagram” and “FaceTime With My Mom” to our daily playlists will only further cement his legacy as more than merely a comedian who knows his way around a keyboard. The feeling of the songs bring us back to why our love for Burnham began in the first place, as his innate abilities as a wordsmith reflect both a specific mood and period of time, but the ingenuity and flourishes he’s etched into his latest slate of songs, which touch on a range of subjects from sexting to further realizing (and subsequently decimating) the societal power of white privilege, present another marker of his creative maturity without seeming like he’s trying to move on from his past work.

The production and visual direction, however, are on a completely different level altogether.

Amidst a room of cameras, lights, effect pedals and musical instruments, as you’ll see plenty of times in the special, Burnham creates an ambience that catapults the content while also allowing it to excel as a standalone element. From spotlights and sock puppets to strobe lights and disco balls, Burnham’s ability to make every song, every chapter of the special feel like it’s own creative venture certainly pushes the boundaries of how things have been done in specials before, jumping from heartfelt or silly at one moment to almost creepy and damn near depressing the next. Much like the rest of the project, it’s undeniably a game-changing element.

The look and feel of the special is mesmerizing to say the least, but what arguably shines through more than anything is Burnham’s willingness to not only dive into the abyss of mental health (both that of the viewer and his own) and life in the spotlight, but wade in the deep end, while also further sharing his feelings toward the effect of social media and society as a whole, which he has made very clear in multiple ways in years past. Again meshing his sharp comedic wit with a poignant and almost anxiety-inducing level of emotional suspense, Burnham’s creative maturity is put on full display as both performer and filmmaker, as he effectively blurs the line between using humor as a distraction and facing the issues comedy helps to distracts us from.

Throughout the hour and 27 minutes that chronicle Burnham’s hilarious and emotionally heavy creative evolution over the course of a miserable year, this Wonka elevator ride of emotion sets off on a path that, while we aren’t sure where it will end up, never disappoints once it reaches its destination.

It was a long five years without Burnham’s musical genius, and it may not be a stretch to assume we’ll be waiting a bit for his next project after this one, but whatever this special indicates about his future in the comedy realm, one thing (or three) can be said for certain: It’s thought-provoking, it’s beautiful, and it’s absolutely brilliant.