IFFBoston 2021: Eight films you need to see at the fest

By Nick Johnstonon May 3, 2021
ShareTweet 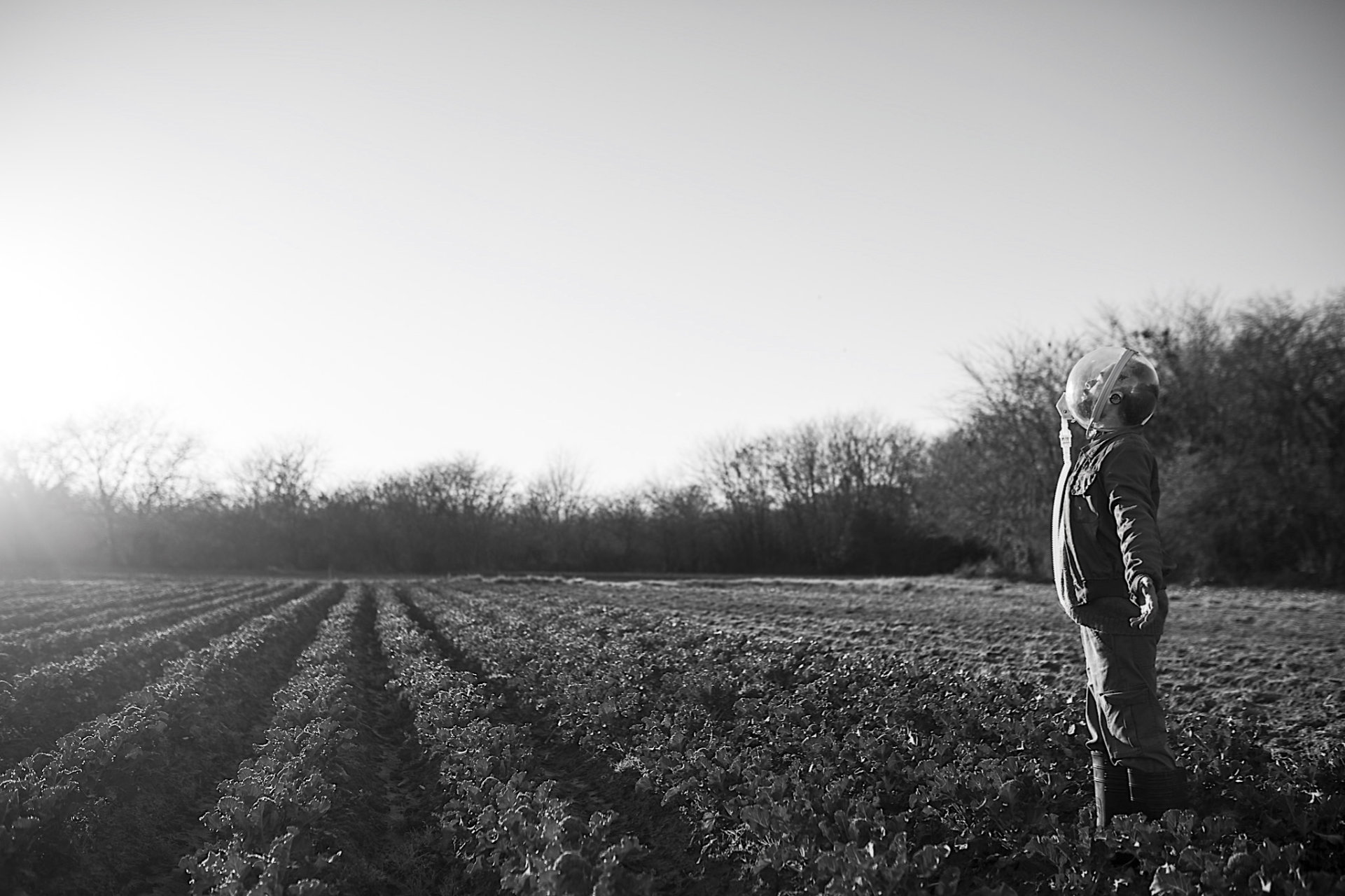 Still from 'The Dog Who Wouldn't Be Quiet' via IFFBoston

Even though it might not be the traditional festival as we’re used to it (and how deeply and dearly we miss the Somerville, Brattle, and Coolidge, and are anxiously anticipating their return), we’re just extremely grateful that there will be an Independent Film Festival Boston — better known around these parts as IFFBoston — this year. Running digitally from May 6 through 16, the quality of IFFBoston’s programming remains top-notch and offers a full buffet of narrative features, documentaries, and short film programs for your consumption (hell, you might actually be able to see every film at the festival this year if you’re able to budget your time right). You can check out the full line-up at the IFFBoston website, but we’ve picked out eight titles that we think are must-sees, and we strongly encourage you to check them out.

But before we get to the meat of the article: Local cultural institutions like IFFBoston have had an awful time in the past pandemic year (as if we really needed to tell you that), and they could use your support more than ever. So, if you’ve ever dreamed of buying a pass and living it up, but never had the time to do so, we think you should take some of that stimulus you’ve been saving and drop it on a pass. Single tickets are also on sale, and any little bit helps out. The volunteers and staff at the fest have given us their time, care, and effort, and the least that we could do is support them when they need it. If we do our part now, we can all be back in line in the Brattle next Spring raving about some crazy debut or arguing over the merits of a controversial documentary. And after a year of COVID hell, that IFFBoston next year sounds like heaven to us right about now.

You might have seen the trailer that premiered during the Oscars. You might have heard all the buzz that it built up during this year’s Sundance, or read about the awards that it has one. Hell, if you’re a super-cool and attractive person, you might have even read our review of Questlove’s astonishing new documentary, Summer of Soul, which restores the “lost” footage of the 1969 Harlem Cultural Festival — essentially Harlem’s equivalent Woodstock, which happened during that same summer — and makes a case for it being even more worthy of prestige than muddy hippies and brown acid. You will want to play this movie loud and, with the insane amount of talent featured here, you may not want it to end. We certainly didn’t. If you only have the chance to watch one film at the festival, well, this might be it. Virtually screening for 48 hours beginning on May 6 at 7 p.m. Buy tickets here.

The Dog Who Wouldn’t Be Quiet

Ever since it arrived on the festival circuit earlier this year, we’ve heard nothing but good things about Ana Katz’s surrealist pandemic fable, which concerns a young man’s attempts to reconnect with his mother, deal with his pet-hating neighbors (who dislike his dog, given that the pet, as you may have guessed from the title, likes to bark a lot), and raise a child all while a new disease ravages the world around with him. Shot in a vivid black-and-white, The Dog Who Wouldn’t Be Quiet certainly looks like the kind of movie that could break through the already-tiresome genre of “pandemic cinema,” and looks to tell a story about endurance and pluck during odd times. And god forbid, we certainly need more of those at the moment. Virtually screening for 48 hours beginning on May 7 at noon. Buy tickets here.

We’re All Going to the World’s Fair

Grounded by a fearless performance by newcomer Anna Todd, Jane Schoenbrun’s We’re All Going to the World’s Fair tells a moving and, for many millennials, deeply recognizable tale of internet-age alienation. In case you missed our review from Sundance: It’s about an isolated young girl in small-town attempts to find connection by immersing herself in an alternate-reality role-playing game called The World’s Fair and begins to fall deeper and deeper into this bizarre online landscape as she begins to blur the lines between reality and fantasy. Schoenbrun is one of the few filmmakers who truly “gets” internet culture, in both its alluring avenues for escape and its toxic nature and their skillful direction combined with Todd’s brilliant performance results in an utterly astonishing piece of low-fi digital cinema. Virtually screening for 48 hours beginning on May 8 at noon. Buy tickets here.

I Was a Simple Man

Christopher Makoto Yogi’s Sundance hit is a death-dream set in paradise: As the patriarch of a Hawaiian family declines and falls from an illness that will ultimately kill him, he becomes unmoored from reality and the traditional passing of time. As such, he’s visited by the ghosts of long-dead family members and becomes detached from the present, journeying throughout the whole history of Hawai’i, surveying his ever-changing homeland. Word on the street is that this is a truly gorgeous movie that offers a unique and interesting perspective on both its setting and the type of end-of-life stories we often see in the cinema. So, yeah, this one will get pretty heavy, so we recommend you have tissues (or, if you’re like us, a hastily-grabbed roll of paper towels) to dry whatever tears may appear. Virtually screening for 48 hours beginning on May 9 at noon. Buy tickets here.

If you’re like us, simply seeing the words “Mads Mikkelsen” and “dark comedy” will probably be enough for you to go ahead and queue up for screenwriter Anders Thomas Jensen’s directorial debut, but we’re aware that not everyone can be convinced so easily by a mere two phrases. But Jensen’s oeuvre as a writer should speak for itself: the man wrote Men and Chicken, for Christ’s sake, and his latest work, about three strangers who discover that their problems — a stolen bike, a firing, and a train crash — may actually be related to one another. Expect pitch-black and deeply amusing humor, and go ahead and have a shower cued up afterward, just in case. Virtually screening for 48 hours beginning on May 11 at noon. Buy tickets here.

It’s rare that we fall head-over-heels for a new documentary simply after a single viewing, but we’ve been screaming at the top of our lungs to whoever will listen about how great Edgar Wright’s new documentary is. It’s about the brothers Mael, who are better known as the men behind Sparks, your local record store clerk’s favorite band, and, as we said in our review, it’s got something for pretty much every person with even a passing interest in the group’s history. Surveying the 50-odd years that the two have been making music together, Wright’s doc is a true passion project told in a lovely mixed-media style, full of all the wit and grace that he’s come to be known for in his narrative films. It’s a bit on the long side — two and a half hours — but we’re willing to bet you won’t notice once you hit play. And, besides, with Leos Carax’s Annette on the horizon, you may want to brush up on your Sparks knowledge just in case you find yourself making small talk at an indie cinema in the next few months. Virtually screening for 48 hours beginning on May 12 at noon. Buy tickets here.

Marvelous and the Black Hole

In case you’ve forgotten, Rhea Perlman is a treasure, and if you have forgotten, well, Kate Tsang’s delightful coming-of-age comedy Marvelous and the Black Hole is here to remind you. It’s about an unlikely friendship between a teenage rebel (Miya Cech), who is struggling with her home life in the aftermath of her mother’s passing, and a brusque magician (Perlman), who becomes her mentor in the practice of performing illusions. Sure, you may be rolling your eyes at the premise — “That sounds like a Sundance movie,” you might say, and, yeah, it was — but Tsang, a former writer for Steven Universe and Adventure Time, is a swell storyteller, and the film’s caustic wit is more than enough to satisfy viewers who like their sentiment a little raw and bitter. It’s like rhubarb. Well, after you’ve cooked it, anyway. Virtually screening for 48 hours beginning on May 13 at noon. Buy tickets here.

We know what you’re thinking: No, this is not a documentary about some forgotten early-’70s festival that attempted to recapture that Summer of Love magic after Manson spoiled the party. Instead, Sylvio directors Kentucker Audley and Albert Birney have crafted a fascinating and amusing look at a near-future dystopia where the government is literally “auditing” the dreams of the populace for additional revenue. But when one agent and auditor stumbles upon a subject’s massive collection of VHS fantasies, well, he might have just found a way to save his very soul. Strawberry Mansion is a low-fi and wonderfully surreal commentary on the monetization of the human experience, and before you consider starting a podcast with your pals or streaming video games or finding some other way to convert all of your hobbies into cash money, you might want to give this one a watch. Virtually screening for 48 hours beginning on May 15 at noon. Buy tickets here.