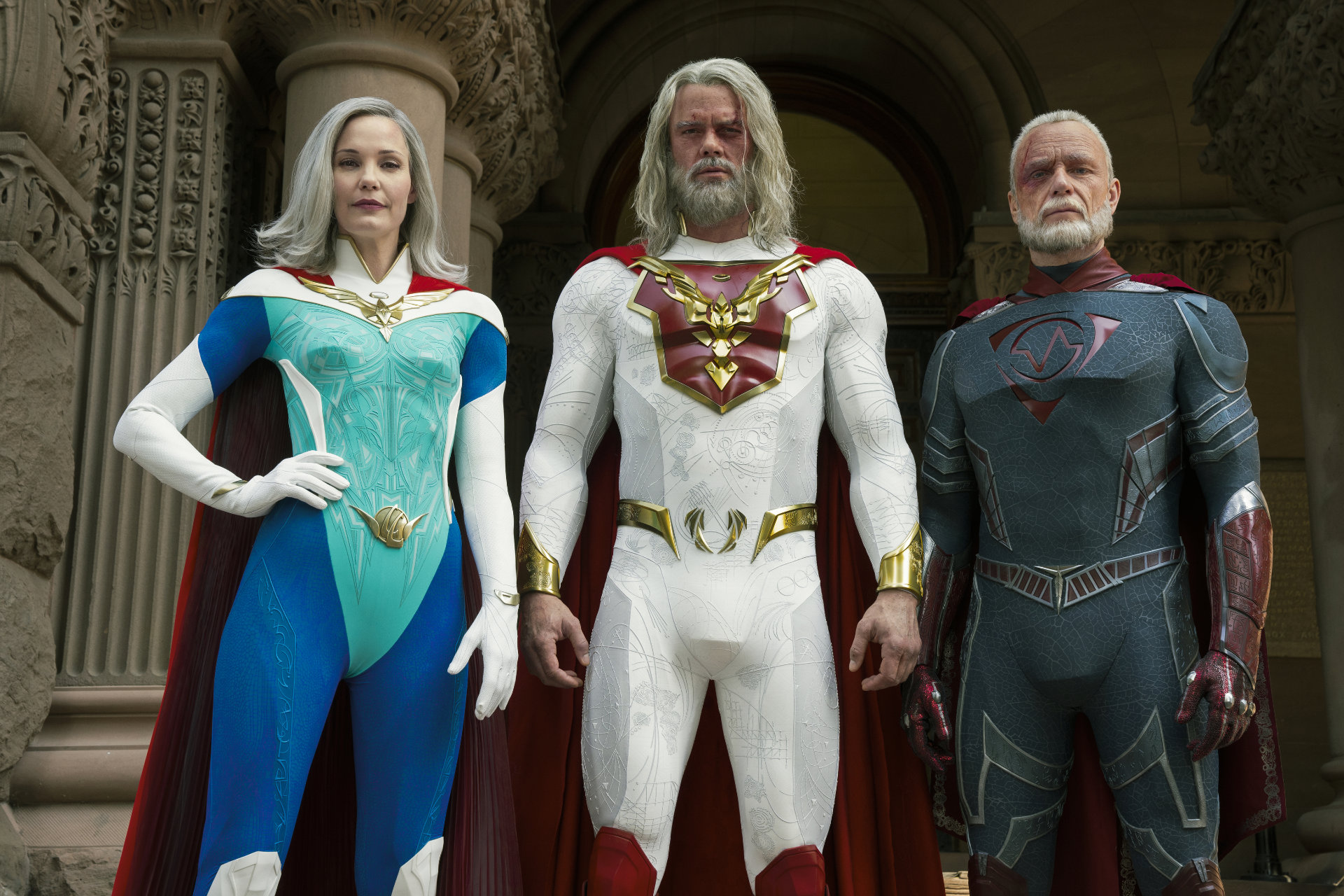 We know, we know, you’re here for the Jupiter’s Legacy trailer that Netflix dropped earlier on Wednesday — it is New Comic Book Day, after all, so it makes some amount of sense they’d hit you with this shit right about as you’re heading out to your local shop — but it’s not every day we get to write about something that Frank Quitely is directly involved in, and we’re going to take a few seconds to swoon over one of our favorite comic book artists. For those steeped in the How to Draw Comics the Marvel Way style, the Scottish artist’s hyper-detailed yet expressive style may be a bit difficult to adjust to, but once you’re able to, Jesus is it gorgeous. He’s most famous for his work on stuff like All-Star Superman (and deservedly so), but we’d advise you to check out either Flex Mentallo or his contribution to Grant Morrison’s The Multiversity, which is an absolutely astonishing Watchmen commentary/parody.

Oh, right: The trailer. Well, it’s an adaptation of a Mark Miller comic, which is… a risky bet, but Jupiter’s Legacy did see the author tone down the edgelord stuff for a minute, especially when he started using his Image Comics titles as proofs-of-concept for pitches to places like Netflix, which is why you’re here watching it right now, in fact! Anyway, it looks fine, like most shows on the streamer these days, and we’re down for Old Man Josh Duhamel, weirdly enough.

“After nearly a century of keeping mankind safe, the world’s first generation of superheroes must look to their children to continue the legacy. But tensions rise as the young superheroes, hungry to prove their worth, struggle to live up to their parents’ legendary public reputations — and exacting personal standards. Based on the graphic novels by Mark Millar and Frank Quitely, ‘Jupiter’s Legacy’ is an epic superhero drama that spans decades and navigates the complex dynamics of family, power, and loyalty.”

The first season of Jupiter’s Legacy hits Netflix on May 7.