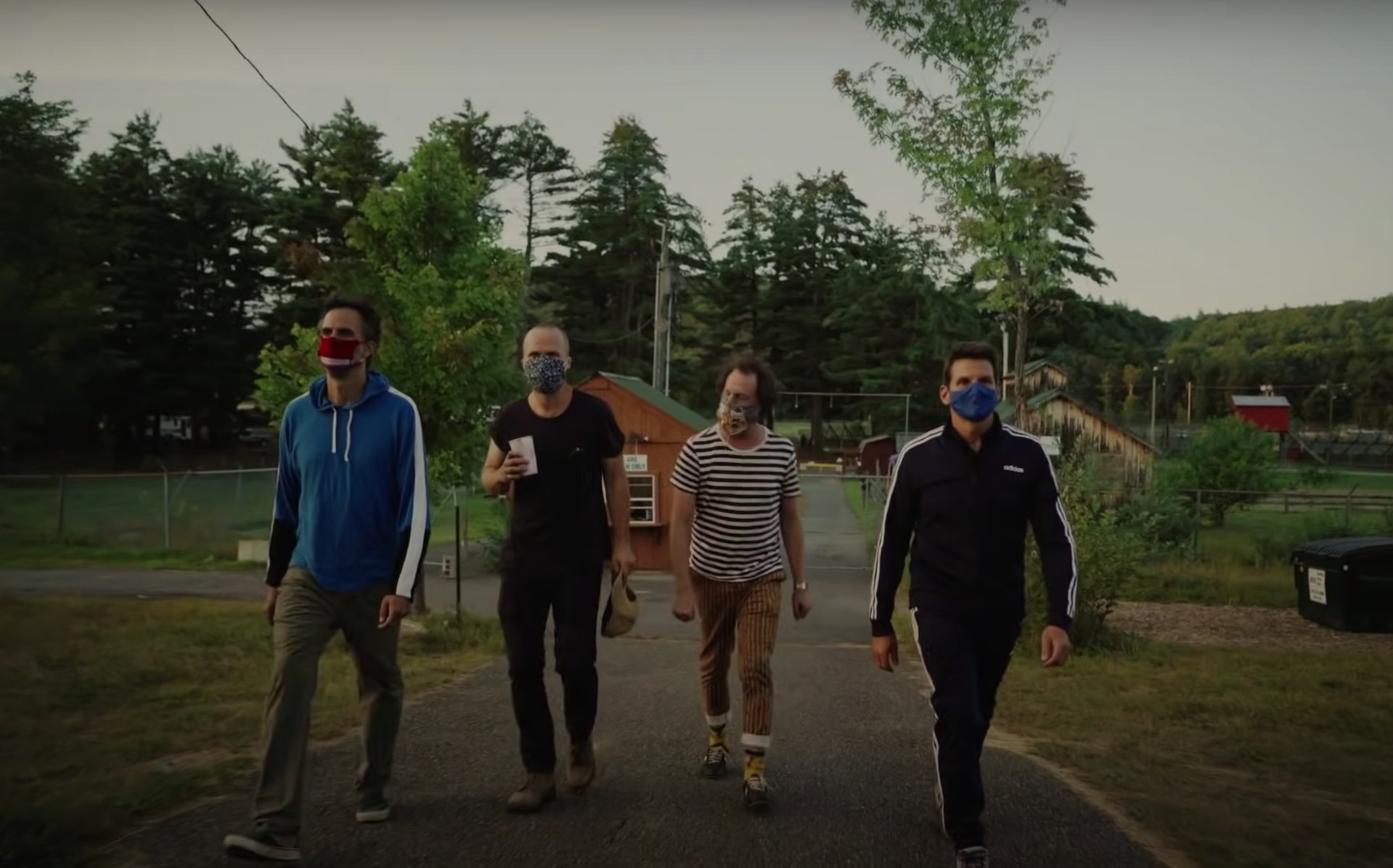 It’s been said before, but it bears repeating from now until we’re all finally and fully recovered from this mess: Anyone who was in the crowds business got their asses absolutely kicked by COVID-19. Venues, artists, bands, performers, restaurants, bars, promotional outlets, media companies… anyone who, or anything that, made a living through the assembly of people had a historically horrific year. Guster are just one band in a sea of countless others out there who tried to navigate the pandemic age, and their efforts to stay afloat and connected to their life-blood’s creativity is detailed in a new mini-documentary called Things Come Around.

The 20-minute doc, available to watch via YouTube below, centers around the band’s outdoor, socially-distanced drive-in performances in New Hampshire over the summer. It followed six months of lockdown, an unexpected hiatus, and like the rest of us, a lot of uncertainty that we’re all still grappling with.

“We are four owners with four points of view, not just one business,” says Guster’s Adam Gardner. “At the same time, the business is how the four of us make a living.”

Things Come Around is also the final work of Guster’s longtime collaborator Dave “D.F.” Yonkman, who passed away suddenly in January. Yonkman directed and co-produced the doc.