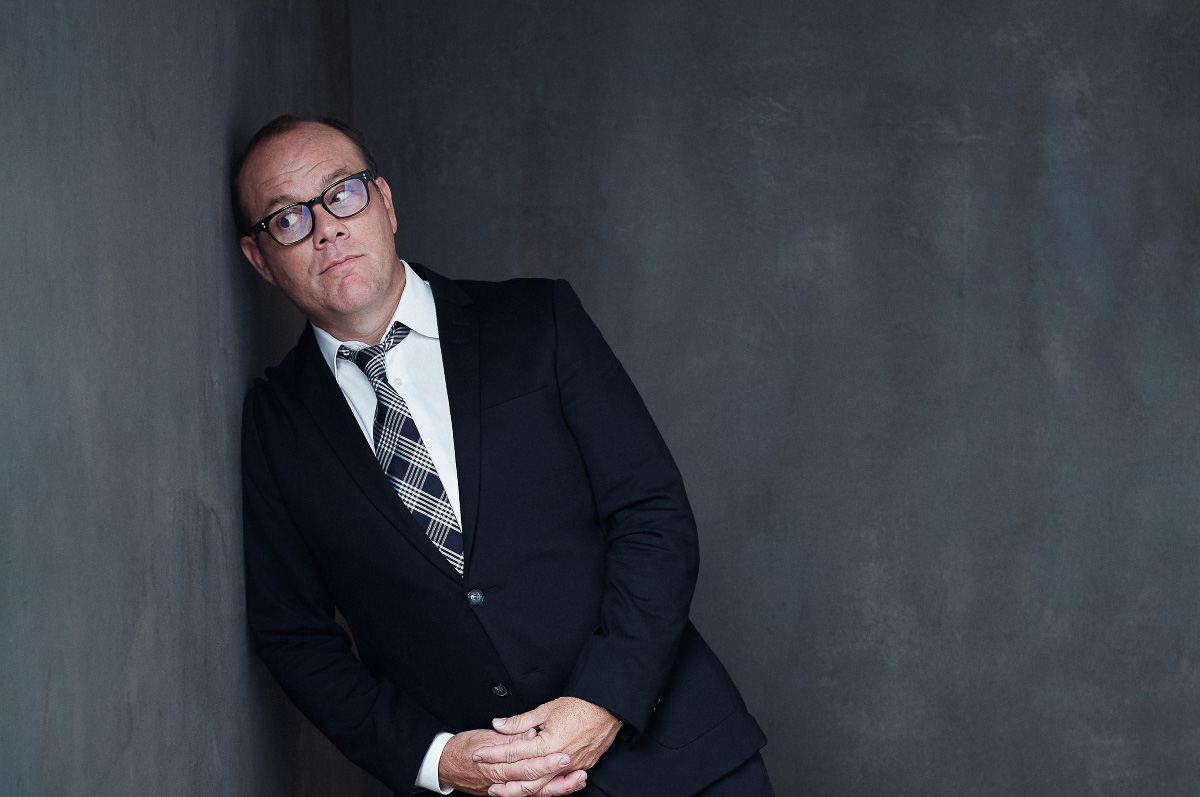 Everything that happens in the life of Tom Papa feeds his material on stage. From big events to small moments, and most importantly, his interactions with family, friends and fans, or even people he’s never really met but bumps into during the day, they all play a role — and that’s what he’s missed most while not on the road during the pandemic.

But come Saturday (March 27), Papa will be back in front of a live audience for the first time in awhile, as he delivers his latest hour for a virtual crowd via RushTix. The comedy vet is excited for the opportunity, which he sees as a bit of a kick-off for his return to in-person shows in the coming weeks, but he wasn’t always keen to the idea of doing virtual shows.

“I was hesitant to do any of these live stream shows during the pandemic, so I went to places like Salt Lake City and Denver, where there were clubs doing it right, and I knew the owners were going to do [live shows] well,” Papa tells Vanyaland. “I was hesitant to do any of the livestreaming shows because it just never felt dialed in, but the folks at RushTix seem like they worked out all the kinks, and they’ve done shows with Maria Bamford, Patton Oswalt, and Sarah Silverman, so if they’ve have had a good experience, these folks must be on to something.”

Beyond the testimonials of some of comedy’s biggest names, what helped sell Papa on challenging his initial apprehension toward live-streaming was the technology that RushTix has prided themselves on, which helps to deliver a comedy experience as close to an in-person show as they can possibly curate. Which, for someone as excited to engage with fans after shows as Papa admits to be, is a pretty big deal.

While he may not have been able to interact with his fans, not to mention a lot of his family on an in-person level over the course of the pandemic, Papa’s heavily home life-based material didn’t suffer any setbacks in terms of scope or amount of inspiration.

“I wasn’t able to pick things up during my travels, with all those little surprises that you get when you’re on the road and interacting with people, but in terms of anxieties of what a couple has to go through in their house, that all got magnified,” says Papa. “[My wife and I] celebrated our 20th wedding anniversary, then we went into lockdown. That year was probably harder than the previous 20 for us, so I was still able to pull from all of those real-life things that creep up every day, which is where my comedy really lives.”

As with the majority of his peers, it was tough for Papa to get into a groove while working on new material over this past year. A lot of the jokes he had been working on were gaining traction before another lockdown would stop him in his tracks, then he’d have to gain footing, but with things getting more dicey as winter rolled through, Papa wasn’t about to put him or his audience in danger, so the chance to get back in front of a live audience without any worry of that is a welcomed change of scenery for the stylistically upbeat comedian.

“To be able to go back and have this act that I was perfecting throughout the year, and have the chance to do it in front of a big audience all around the country and all at once [is great],” says Papa. “To be able to show that act and use the weekend as my return before heading back out on the road makes this feel sort of like a celebration of the return to the stand-up portion of my career.”