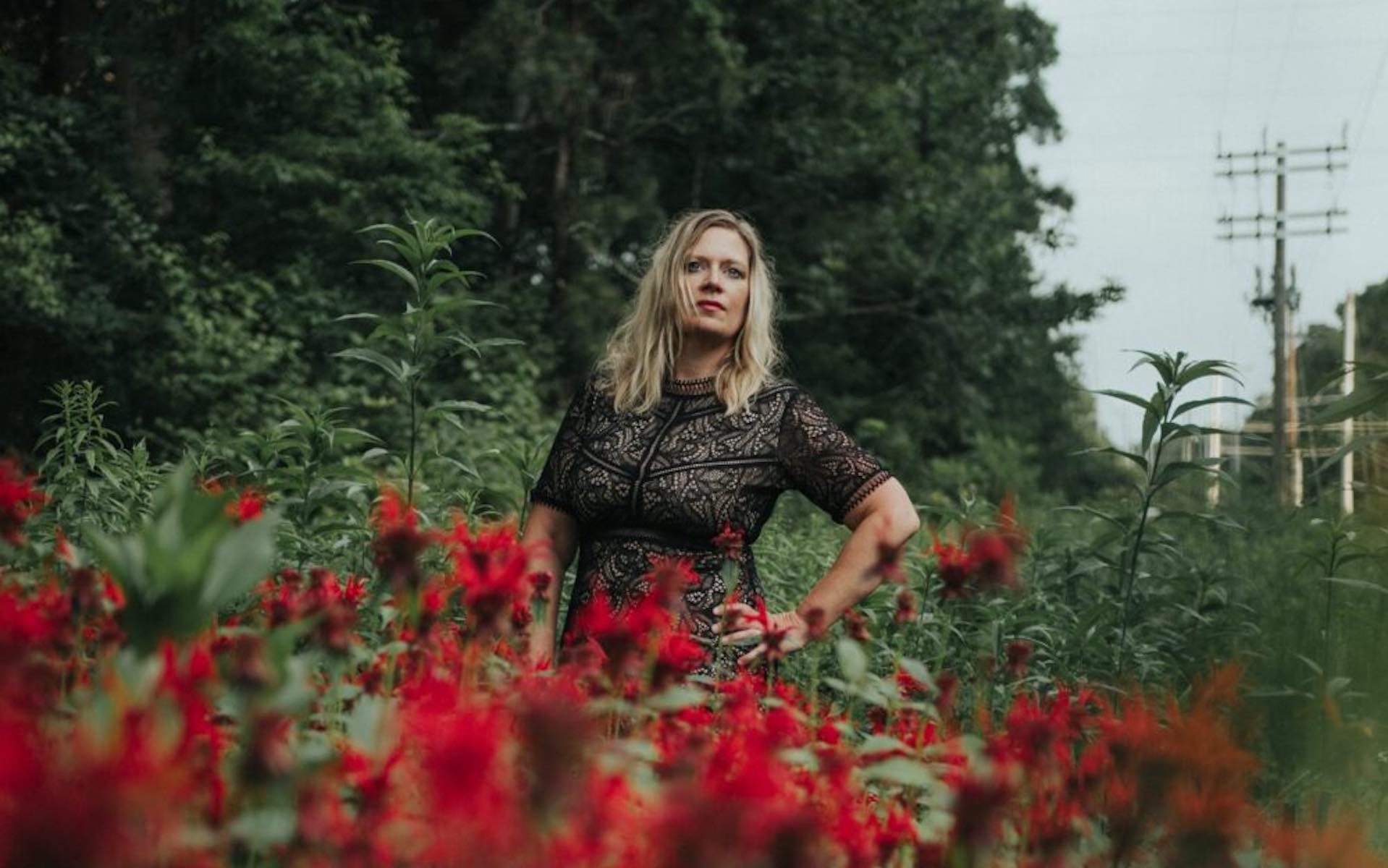 Boston music scene veteran Leah Callahan has returned today (March 22) with her new solo album, Simple Folk, but beneath the surface, it’s anything but a solitary endeavor. The artist and musician known for her work over the past 25 years around town in bands like Turkish Delight, Betwixt, and The Glass Set strikes an immediate note with her sophomore solo LP and first release in 13 years; a collection of slinky, narrative-driven guitar-pop songs built around hooks and crafted over the pandemic age with arranger, multi-instrumentalist, and proper New England gentleman Alex Stern.

“The pandemic radically changed what this record was going to be,” Callahan says. “Simple Folk initially started out as another cabaret-folk solo album for me, but after multiple failed attempts to write virtually with some of my past collaborators, producer Richard Marr hooked me up with his in-house arranger and multi-instrumentalist Alex Stern. Stern is a very popular touring musician, and if COVID-19 wasn’t keeping tours grounded, he would not have been available. Stern has created what I describe as my ‘teenage dream’; his arrangements of my songs embody everything I loved about music growing up in the 1980s, from the mod pop of The Style Council to the escapist glam of Duran Duran. It all feels a bit retro but somehow very much ‘in the now’, too.”

It also feels like an album’s album in an age where albums are very much not in style. Over its 10 tracks — nine originals and a closing cover of Mary Hopkin’s 1968 single of “Those Were the Days” across 27 minutes — Callahan calls back a different era of musical consumption, linking a distinct narrative through each track’s lyrical layover. The daydream affection ranges from the blatant, like on “1997 Again,” a romancing of the ’90s Boston rock scene, to the aurally suggestive, as in standouts “A Woman of Few Things” and “I Don’t Relate,” which raise a glass to late-20th century British indie. It all adds up to an album we’d all once upon a time be excited to grab off the shelf at Newbury Comics, and plop down on the counter in front of a dutifully impressed cashier.

Take it for a spin below.