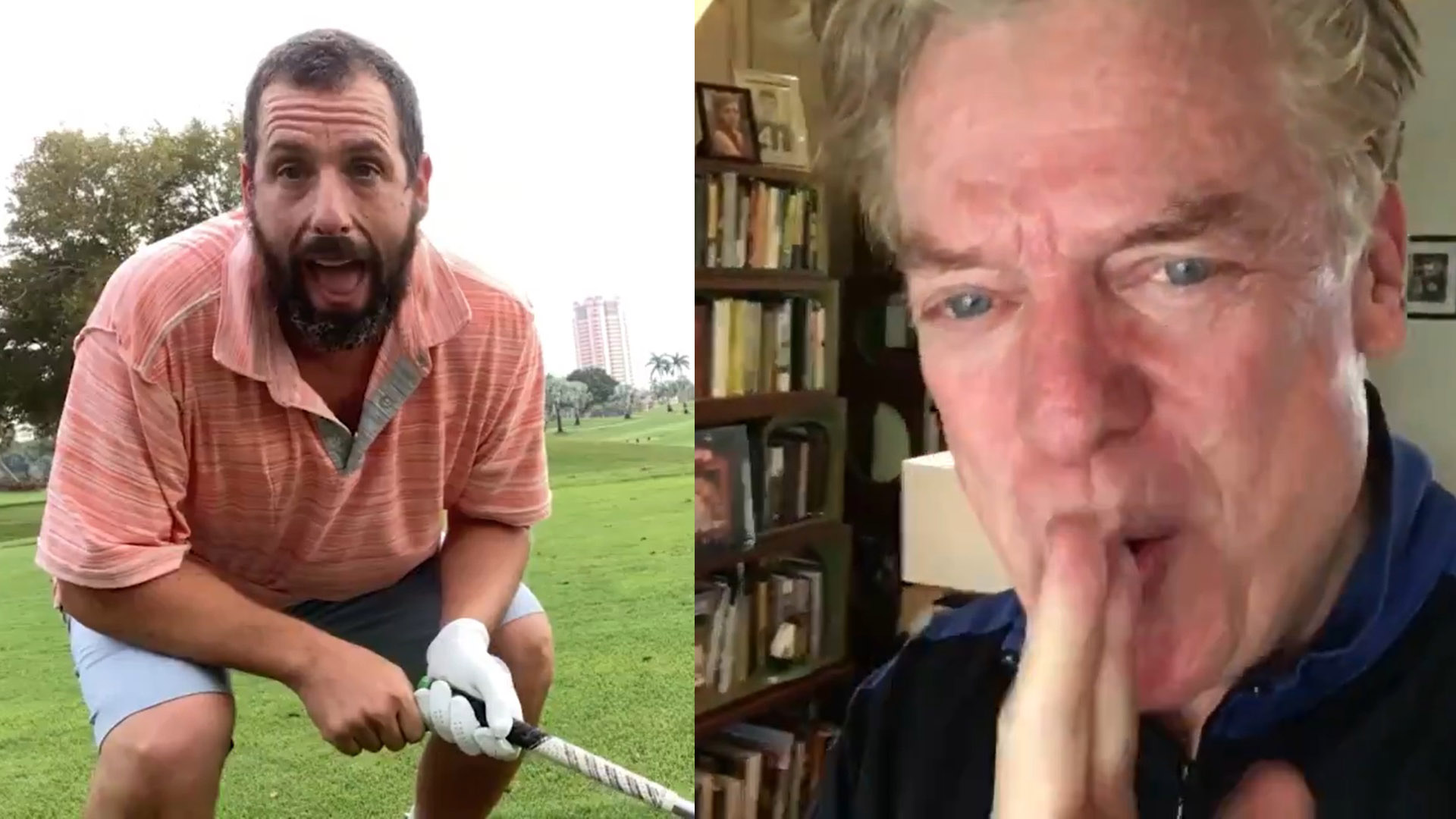 Sure, it’s been some time since Happy Gilmore sank that trick shot to beat Shooter McGavin and win his grandmother’s house back. But even after more than two decades, and without the honor of Chubbs Peterson guiding the way this time around, the familiar foes have returned to show us just how much their rivalry remains very much ablaze to this very day.

Commemorating the 25th anniversary of Happy Gilmore, Adam Sandler and Christopher McDonald both took to their social media platforms on Tuesday (February 16) to virtually trade jabs, as well as a putt and a drive, to mark the day of the film’s 1996 release. While he may not have been donning his tell-tale black and gold #18, Sandler responded to McDonald’s — err, McGavin’s — invitation to mark the milestone, as he pulled out Gilmore’s signature running-start shot to smash a drive before proclaiming “you’re dead, Shooter.”

Responding a few hours later, McDonald took to the Shooter McGavin twitter account to one up the unorthodox champion and to make it “Shooter’s Tour” once and for all, before breaking character and thanking fans, as well as Sandler, for the film’s continued success and legacy.

Check out the face-off below.