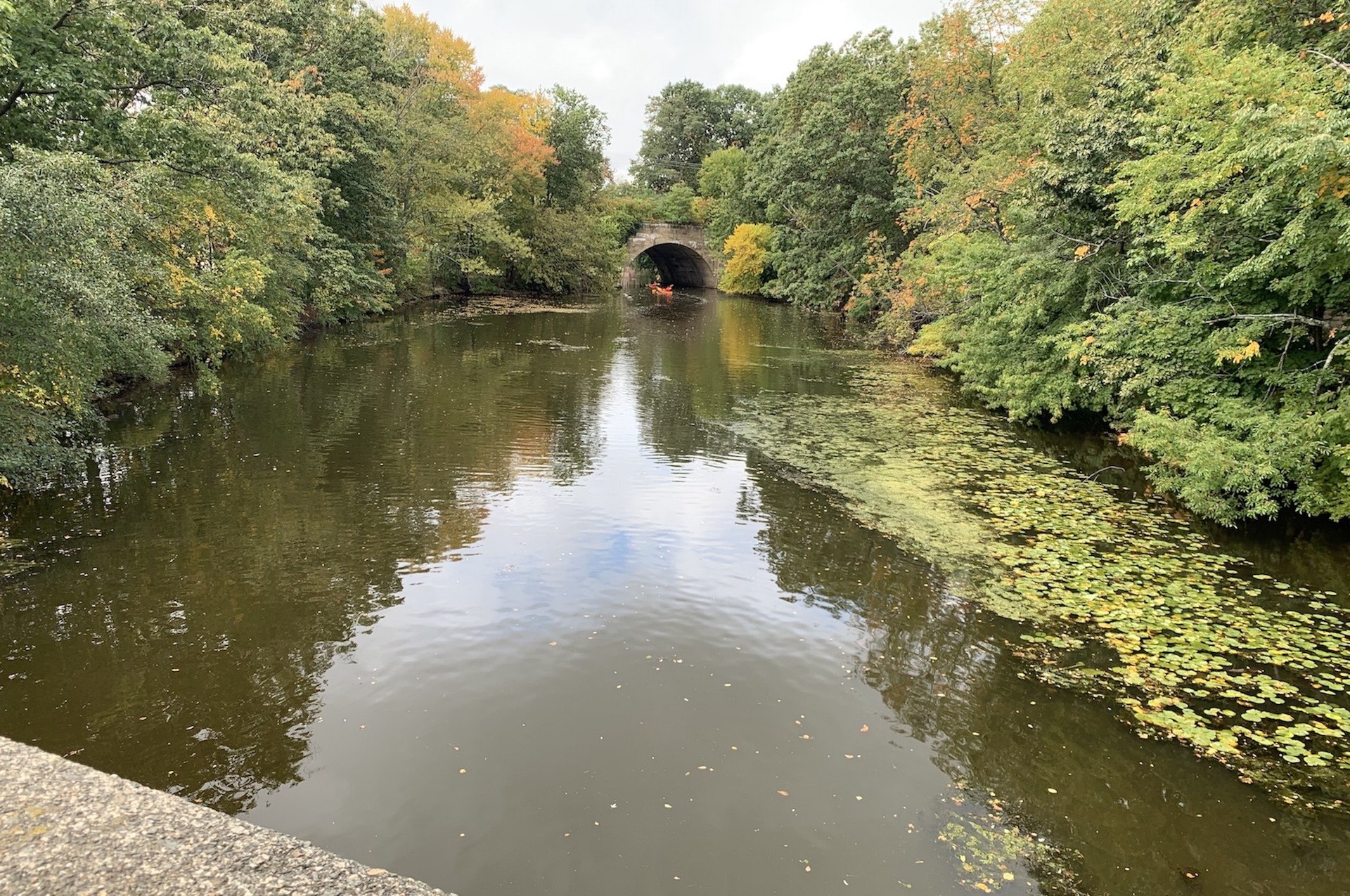 UPDATE, May 14, 2021: The completed Sound on Mystic installation launches tomorrow (May 15). Visitors can enjoy 14 commissioned pieces of music, poetry, and sound-based art through a free app as they walk along a two-mile stretch of the Mystic River in Medford and Arlington. Get more information and learn more about the featured artists here. Our original article from January is below.

While live music venues remain shuttered for the foreseeable future, a forthcoming audio installation in Medford is giving passersby a new, safe way to interact with art — and offering Boston creatives a new avenue for getting paid.

Sound on Mystic is an immersive sound experience coming to the banks of the Mystic River this spring, organized with the Medford Arts Council. The art installation, which is accessed through a free mobile app, will combine different audio-based art forms to accompany folks on their two-mile promenade along the river. As residents continue along the Mystic, the app’s GPS function cues songs, storytelling, spoken word poetry, guided experiences, or even comedy to accompany their socially-distanced stroll.

While the installation hopes to launch in May, the creators of Sound on Mystic are currently seeking proposals from local artists who want to contribute various sound works. According to the proposal application, each artist whose work is accepted will receive $400 for their contribution, and will keep all rights to their piece. Proposals are due by January 31, and creatives whose proposals have been accepted will be notified by mid-February. “Most important is that each piece connects with the river directly — its sounds, stories, inhabitants, history, ecology, and geography,” the proposal application explains.

“The idea for Sound on Mystic began when I decided to drop in on a meeting of my local arts council in Medford,” co-creator Ian Coss tells Vanyaland. “I work as a producer and sound designer for podcasts, and when we went around the table and introduced ourselves at the beginning of the meeting, I mentioned that I was interested in maybe doing some kind of audio installation or audio tour. Two other people at the meeting that night expressed interest in the idea — Dwayne Johnson and Gary Roberts — and we started meeting.”

On top of getting artists paid during a financially dire time in the music industry, Coss says he hopes Sound on Mystic will offer visitors a form of socially-distanced reprieve during periods of social isolation.

“This was just before the pandemic set in, but as the live arts sector came to a halt we saw a clear need for alternate kinds of digital outlets that could be both financially and creatively rewarding for artists, while at the same time getting arts consumers out of their houses and off their computers,” Coss adds. “That’s how we settled on this vision of a site-specific installation, featuring audio works by a range of different artists. We received funding from the Medford Arts Council in the early fall, and are now working with the Mystic River Watershed Association to launch and promote the installation in the spring.”

Coss notes that he and his fellow co-creators plan to keep the installation in place until this December, and then seek new contributions for a 2022 version of the project.

View the proposal application here, and get more information about the app and installation from the Medford Arts Council here.