‘The Croods: A New Age’ Review: Prehistoric fun for all 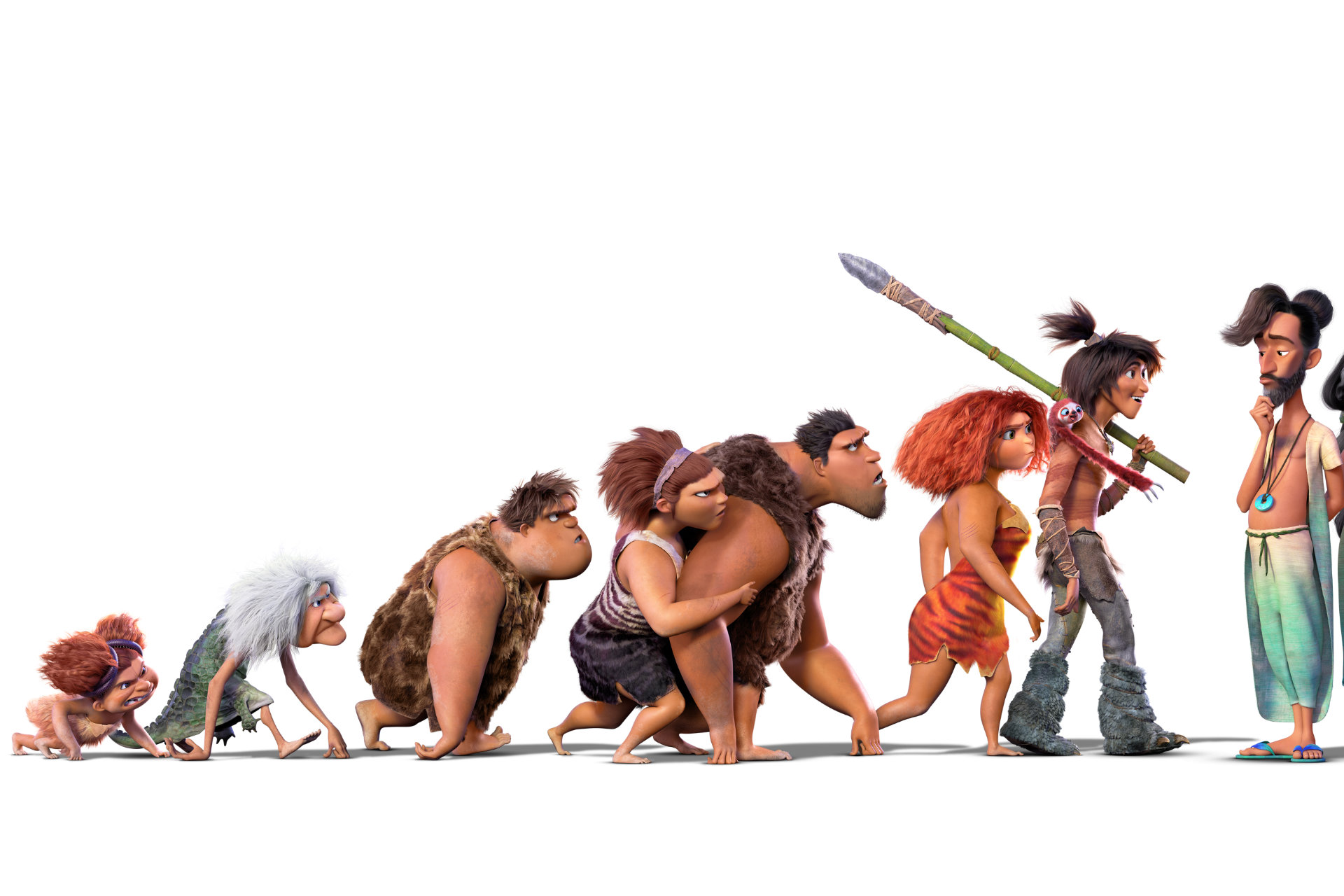 If hearing the words The Croods conjures up memories of the lights going out in the Superdome or the Cronut (and hey, you can finally get one!), you’re not wrong to think of those very 2013-specific memories: It’s been a solid seven years since Dreamworks’ prehistoric nuclear family graced screens — the Flash-animated Netflix cartoons not withstanding — and the kids who would have been enthralled by the prospect of a sequel all now are in middle or high school. But, after a solid four years of development hell (having your production company purchased in the middle of development will do that to you) Joel Crawford’s The Croods: A New Age doesn’t give a good goddamn whether or not you’re ready or not for more caveman antics or whether you’ve been excitedly sitting on your hands for the better part of a decade: It’s going to entertain you all the same. And, surprisingly, much like The Angry Birds Movie 2, A New Age is a looser, wackier experience that trades the traditional Dreamworks pathos for genuinely funny slapstick, and it’s a pretty good time for kids and parents alike.

Seven years might have passed in the real world, but A New Age takes a cue from Incredibles 2 and just ignores the passage of time, and it picks right where the last Croods film left off. Well, that is, after an extended flashback that helps to reestablish some of the smaller events of the first film, when the idea-filled nomad Guy (Ryan Reynolds) first encountered the Croods, a family of literal cavemen, and worked with them to save their family and some of the local fauna prior to a catastrophic continental shift. Herein lies one of the great choices the film makes: it front-loads its feeling by delving quickly into Guy’s tragic past (his parents were, after all, caught in tar like they’re at the end of Miracle Mile) and it lets that emotional moment color the rest of the film, rather than constantly taking detours to focus on it. Anyway, Guy and the Croods — papa Grug (Nicolas Cage), mama Ugga (Catherine Keener), old Gran (Cloris Leachman, who is 94 now), son Thunk (Clark Duke), little Sandy (Randy Thorn), and their daughter, the headstrong and head-over-heels-in-love-with-Guy Eep (Emma Stone) — have joined Guy in his quest to find the mythical Tomorrow that his parents told him to find. The more cosmopolitan Guy is struggling a bit with traditional caveman life, like sleeping in a pile together and never bathing, but he’s come to love them like a family.

But all that’s threatened when Guy and the Croods actually do find tomorrow, and all are stunned that it’s not a hokey metaphor: it’s a small but lovely settlement run by the Bettermans, who were pals with Guy’s parents back before they perished and who live refined and more-modern lives than their caveman predecessors. They live in a treehouse, they have showers, and they wear sandals, for the love of Christ, and Guy instantly feels at home. But conflict is quickly seeded: The Bettermans’ passive-aggressive matriarch, Hope (a perfectly-cast Leslie Mann) wants the Croods gone from her land, and dad Phil (Peter Dinklage) wants to set up Guy with his daughter and Guy’s childhood friend, Dawn (Kelly Marie Tran), which, of course, pisses Eep off, especially when Guy begins to emulate the Bettermans’ fancy new ways. What follows is a conflict for the soul of Guy, where the Croods, who see the travelin’ man as one of their own, and the Bettermans, who believe that the intelligent young man belongs with folks just like him, battle each other in a series of faux pas and antics, until they’re forced to team up to save Tomorrow as they know it.

It’s a pretty standard and sitcom-y plot, but unlike, say, your average Illumination film (given that the makers of Despicable Me are the in-house competition for Dreamworks), The Croods: A New Age has precisely three things going for it, each of which makes it a ton of fun. The first is that this remains a Nicolas Cage franchise, even if people don’t think of it as such, and I’d say a solid 10% of the enjoyment that you’ll reap from watching this film is imagining Cage freaking the fuck out in the booth while recording his lines. His performance as Grug lacks a bit of the deeper feeling of his use in the first film, but what it may lack in substance he makes up for in energy. Putting Cage up against a smarmy character like Phil Betterman, voiced in smug monotone by Dinklage, was a wise decision, and the pair play off of each other beautifully. Their conflict, and eventually their friendship, is deeply amusing, and it pays off well near the end. The second is that the film still looks fantastic, with its impressive Pixar-like blend of the realistic and cartoony in its design, but the artists have been given a bit more creative leeway with what they put on screen. Nowhere is this better glimpsed than the stacks and stacks of animal hybrids that populate the film’s margins — there are wolf-spiders, skunk-colored mammoths, flying wig-bats, and more to enjoy, and seeing what pops up as the film goes on is delightful.

Yet the reason The Croods: A New Age works so well is that it’s precisely the kind of slapsticky and amusing children’s entertainment that used to be typical of the genre prior to the advent of Pixar’s heavily moralist storytelling. That’s not to say that it’s dumb or childish, because it isn’t — to my utter surprise, this film with four credited writers is surprisingly sturdy from a writing standpoint, where each gag has a purpose and an eventual payoff later on down in the film — or that its jokes work perfectly all the time, but that, more often than not, it’s attempts to make you laugh succeed without requiring for you to sit through ham-handed lectures about the Nature of Friendship or some bullshit. There have only been a few gags I can think of off of the top of my head in a recent animated film that have given me a chuckle as good as the one where Reynolds’ character, forced to communicate with “punch-monkeys,” a society of chimps who talk with their fists, translates the various blows inflicted upon him by the tribe’s leader and reacts with reluctance and fear when other characters demand for the leader to explain himself further. It’s light and airy, and perhaps works so well because it serves as a contrast to that type of storytelling — if every animated film were quite like this, I’m sure critics would rebel, demanding less saccharine and amusing storytelling in favor of something deeper. But, again, as Pixar continues to move away from children (what is Soul if not the biggest demarcation point in the animation studio’s path towards their adult audience), it’s nice to be reminded of the classical joys of feature-length cartoons, and The Croods: A New Age is good enough for the whole family to enjoy.