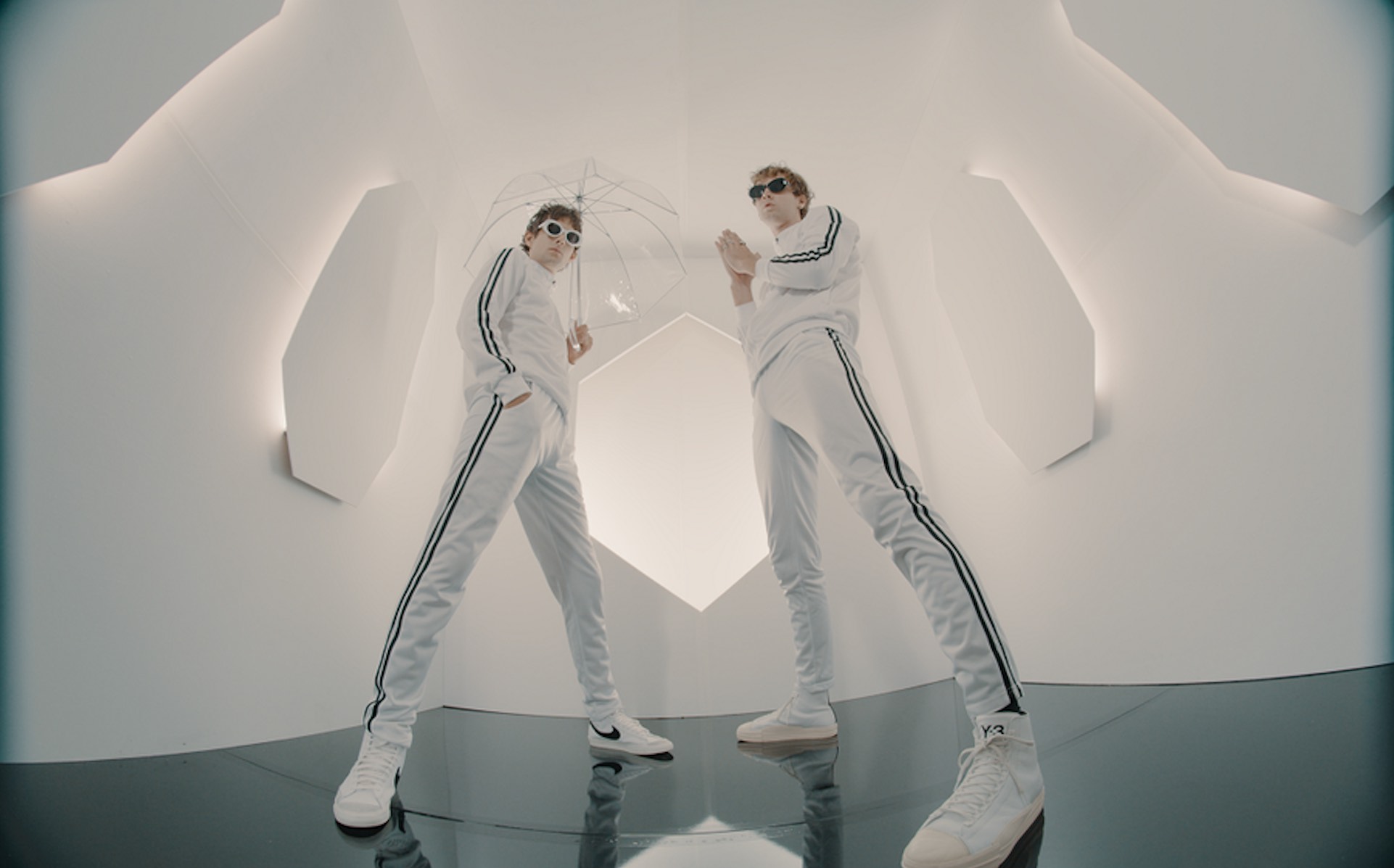 Now operating as a duo, Los Angeles’ WARBLY JETS are back in the game with their first new music since 2019’s anthemic Propaganda EP. But Samuel Shea and Julien O’neill have brought with them a revised explosion of sound and a bucket full of propulsion, and their first aural offering is a wild new capital-J joint called “NASA” that matches the all-caps in their moniker.

The genre-less track feels both inherently ’90s and right-about-now, with its visual taking cues from Stanley Kubrick to Hype Williams.

WARBLY JETS have also come correct with a message about what it means to be an artist and musician during the pandemic age, where touring has been wiped off the menu of income possibilities and economic hardships are served as the main course. The band last hit our city in summer 2019, playing Cambridge’s Sonia with Hembree.

“It’s no secret that nowadays artists, especially independent artists like us, rely almost exclusively on income from live shows to make a living,” says Shea. “For the last eight months we’ve all had to rely on streaming. In January 2019 Spotify reported that on average it pays between $0.00331 and $0.00437 in royalty to artists PER STREAM! Let’s break that down. 302 streams to make $1. We’ve gotten so used to eating the crumbs that we forgot we used to be sitting at the table.”

Adds O’neill: “Before 2020 it felt like the music world was figuring out how to be highly sustainable for the first time since the millennium. The streaming wars were decided, digital spaces were being monetized, festivals were global. Now there’s a big lull and no one knows where to turn to.”

The future, as they say, is unwritten. But WARBLY JETS are cocked and loaded.

“It’s too soon to say who/what will be left standing at the end of all of this,” says Shea. “It’s a scary thing to think that while profits for artists from live music are gone until further notice, master recordings are generating more money than ever for record labels. This is really the time for artists to fight for their worth. And when this is over, hopefully that growth is represented on both sides of the table in a way that’s actually fair to artists.”

Blast off with “NASA” below.