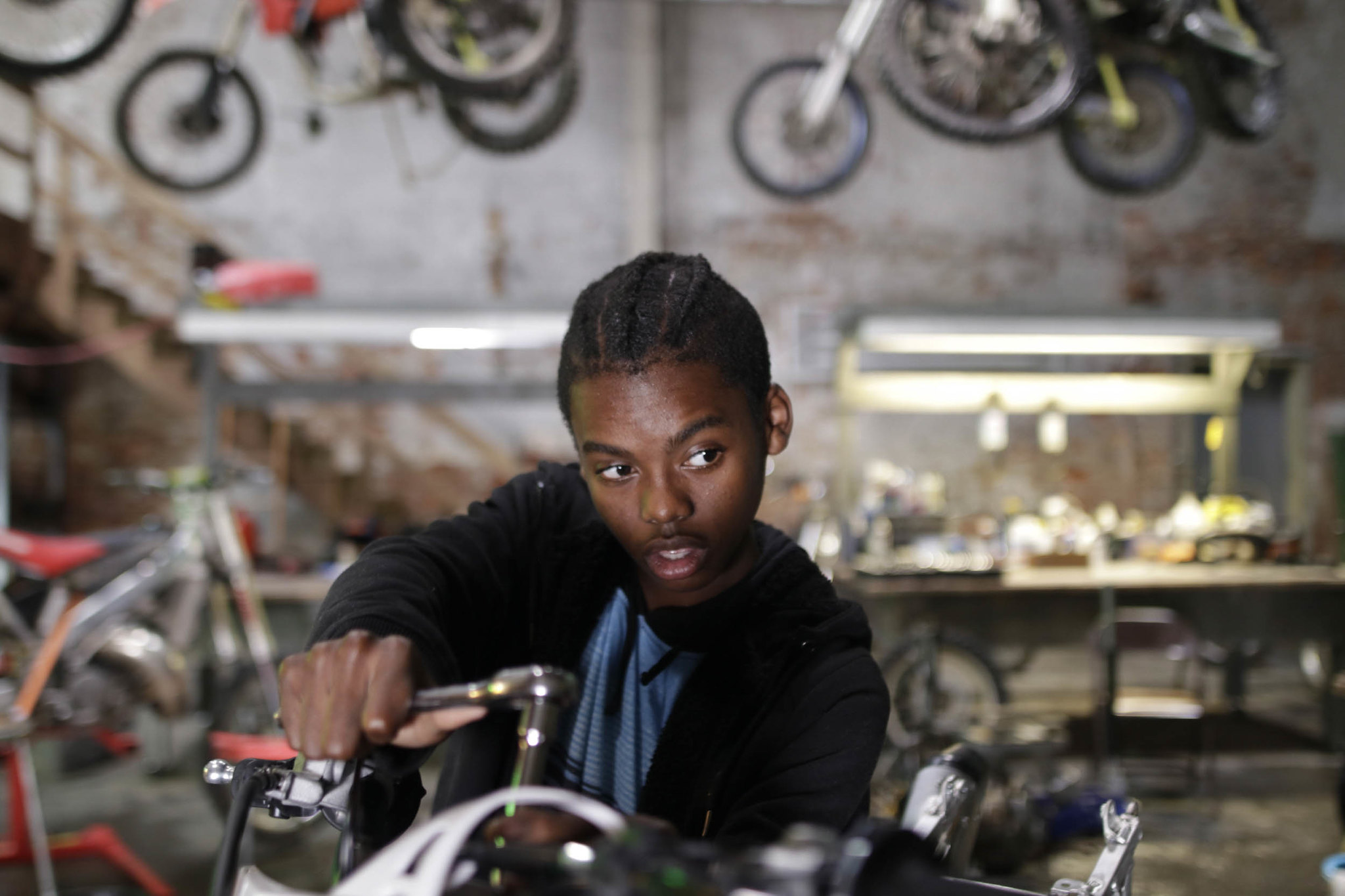 Editor’s Note: This review originally ran as part of our 2020 Sundance Film Festival coverage, and we’re reposting it this week with the film hitting streaming services. Revisit all of our Sundance 2020 coverage.

Occasionally, we’ll get a film released from one of the indie distributors that is honestly just a baffling choice for them. Normally, these are bad movies that places like Fox Searchlight or Annapurna push into wide release in the face of all logic and reason, but there are some exceptions to this rule. In the case of Angel Manuel Soto’s Charm City Kings, a very solid melodrama elevated by its setting, subject matter, and a truly incredible performance by Meek Mill, it’s genuinely perplexing why this Sony Pictures Classics release isn’t just a mainstream Columbia Pictures product put out in 3,000 theaters sometime this summer. It certainly has the broad accessibility to be a crossover hit, and it’s basically a vision from a universe where the small studio-produced drama still got regular play next to whatever superhero offering is choking up multiplex screens. That is to say that Charm City Kings is the kind of movie that your parents complain that they don’t make anymore, and you may very well fall in love with it.

Based on Lofty Nathan’s documentary 12 O’Clock Boys, Soto’s film depicts a young man’s coming-of-age in the hot streets of Baltimore over the course of one summer. Mouse (Jahi Di’Allo Winston, who you may recognize from The Dead Don’t Die and Queen & Slim) loves dirt bikes, much in the same way that his brother Stro did before his tragic death a few years earlier. We open on the young man watching a tribute mixtape to his brother’s skills on the bike, eyes filled with awe and love, even as he watches it on a cracked screen on a too-hot bus. His mom (Teyonah Parris) wants him to stay away from the crew he used to ride with, The Midnight Clique, not wanting to lose another child to the streets in the same way, and his Cops and Kids advisor, Detective Rivers (William Catlett) wants him to focus on his potential career as a veterinarian, to the point where he even got Mouse an off-the-books job at the local animal hospital. But The Ride — a block party/auto show combo where the city’s best bikers take to the streets — calls to him, and, sure enough, he begins falling in with the Clique.

The crew’s former leader, Blax (Mill), an ex-con turned mechanic who is trying to go on the straight-and-narrow, sees this happening in front of him, and offers Mouse and his pals — the headstrong Lamont (Donielle T. Hansley Jr.) and the goofy Sweartagawd (Kezii Curtis) — the chance to build their own bikes from scrap lying around in his garage to keep them away from the very real shit that the gang is involved in. Charismatic and strong, Blax becomes a mentor to young Mouse, though his influence might not be enough to keep the young man away from trapping when his mom falls on hard times. And there’s still the matter of Mouse’s brother, who might have been a little closer to the Clique’s bad business deals than he let on.

Charm City Kings follows the formula of so many of these silver screen bildungsromans that one might accuse it of being somewhat paint-by-numbers in its execution, despite having a very solid and oftentimes very amusing screenplay, penned in part by Moonlight’s Barry Jenkins. Every emotional beat here feels ripped from something else, but like the bikes that Mouse and his friends make over the course of the film, it’s repurposed into something new — something wholly original even if it’s cobbled together from spare parts. Soto’s style is the new paint thrown up around it: flashy, though occasionally restrained, this is probably the first Sundance movie I’ve seen with an honest-to-Christ Fast and Furious-level car chase in it. He captures the beauty of the bikers in a slow-motion grace, their engines’ roar nearly knocking pieces of the ceiling off of the Eccles Center’s auditorium thanks to the Dolby Atomos.

The engine of this new film is Mill, who gives an astonishing performance: He’s fierce and strong, but incredibly soulful and tender when he needs to be. His relationship with Winston feels natural and honest, and it’s given the space to develop and mature into something truly potent and interesting. There’s a weird detail thrown in early in the film, where the bodega owner on Mouse’s corner is always watching On The Waterfront, and despite whatever thematic resonance that film might share with Charm City Kings, I kept going back to it as a point of reference for explaining just how good Mill is in this film to friends in Park City. He really is like a young Brando, a striking bolt of honesty dropped like an atom bomb into the heart of an otherwise solid studio product, and he’s the unstable, wonderful element that makes Soto’s film something truly astonishing to behold (hell, he will probably wind up on my BOFCA ballot for Best Supporting Actor this year as well). I hope that Sony does the right thing and goes as wide as they can with this one because it’s really got something for everyone.