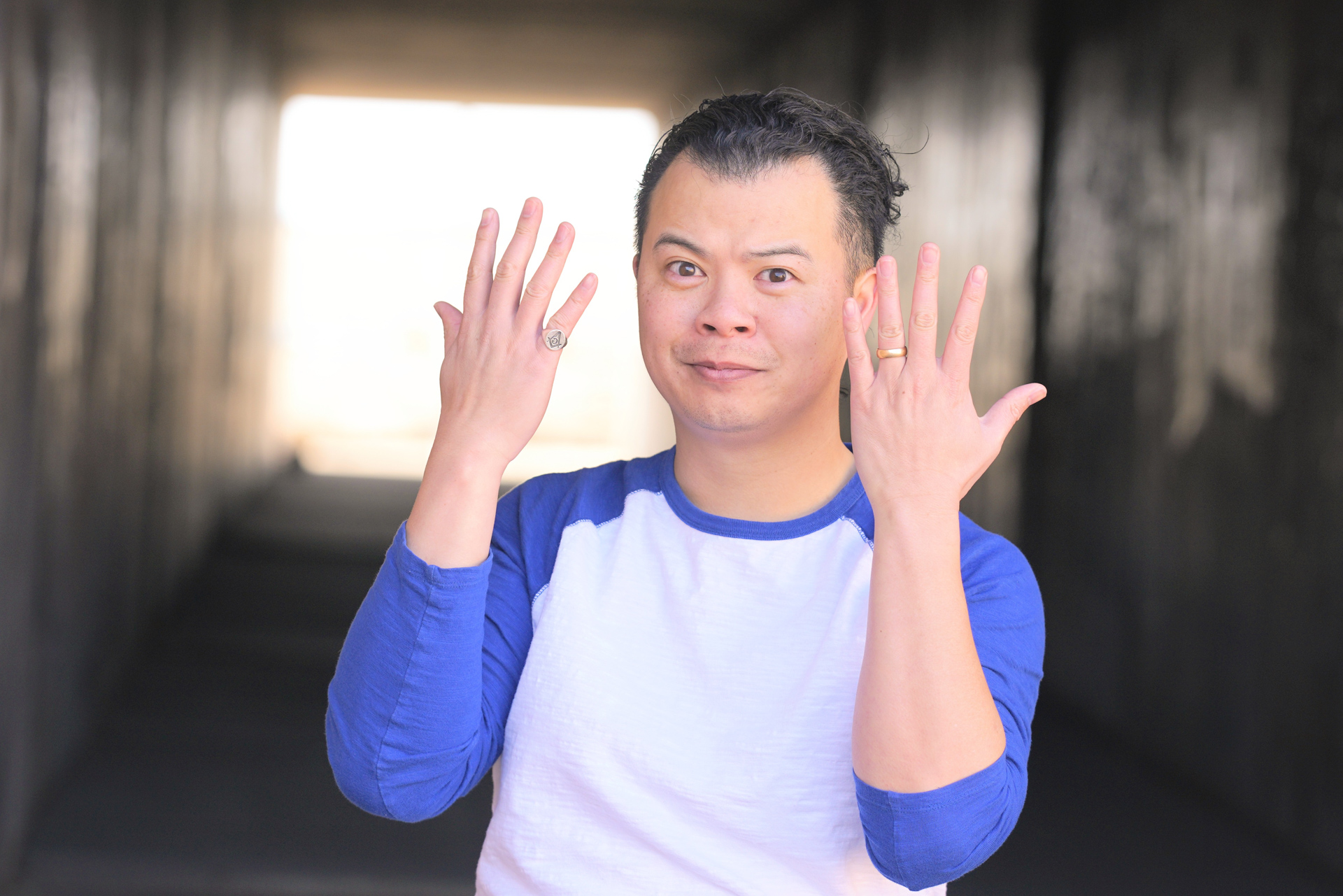 When it comes to his debut comedy album, Loy Lee isn’t sure if the circumstances of the project are a glimpse into the “new normal” for comedy. However, one thing that he is certain about is the fact that he’ll be prepared for whatever the future of the artform may bring, whether that means performing for full crowds, empty theaters, or anything in between.

Dropping his debut stand-up album Asian Privilege earlier this month, there are a lot of feelings that surround the release for Lee. For starters, not only was it a major learning experience for the Boston-bred comedian in the context of reaching the milestone of releasing his first album, but also due to the fact that he wrote, directed, edited and produced it almost single-handedly, all the while having zero template to work off of since there was literally nobody in the crowd.

There was, admittedly, a fair amount of hair pulling while putting the final product together. However, Lee’s ability to employ his stronger skills throughout the process did help in easing the stress,and overall, he’s excited to see it out in the world and give him the opportunity to introduce himself to a new wave of listeners.

“It was just one of those things where I put together my skill set, and tried to get all of my resources collected by doing everything from the editing to directing it,” Lee tells Vanyaland. “It was stressful, but it came out great and I’m really happy with everyone’s reaction to it.”

Recorded in front of an empty room at Albuquerque’s Tricklock Performance Laboratory (which closed due to COVID-19 not long after Lee recorded the album), Lee is quick to admit that, with his delivery being so naturally conversational, it was a bit nerve wracking as he attempted to tell jokes, some for the very first time, and stick with a comfortable pacing, sans laughter — or any type of reaction for that matter.

But once again, employing some of the skills that he’s polished over time with his one-man podcast, Short, Pale and Handsome, Lee was comfortable with what he could do going into the recording.

“I think my biggest frustration with it, from an artist and comedian perspective, was that I wanted to do exactly thirty minutes, but because there were no laugh breaks or applause breaks, I ended up shaving four or five minutes off,” says Lee. “But as far as going in, I just relied on the skillset I honed while doing the Short, Pale and Handsome podcast by myself. I felt comfortable enough going into it with my jokes. I just didn’t know what I didn’t know.”

Going into the project, Lee was inspired by the desire to do things differently. But as he has learned over the course of his nine years in comedy, there are certain expectations that get stuck in your brain when it comes to how you think an album or special should be. However, while he always wanted to do things differently, self-fiancing an album recording in front of an empty theater during a global pandemic was not exactly what he had in mind, but it did serve as part of the growing process, and to help him grasp just how against the grain the project is.

It has been a rewarding experience for Lee, but he isn’t shying away from the fact that if he were told what it would take to reach this milestone, and the hurdles he would have to jump through, he probably would’ve quit comedy before he even started. Performing what he feels is essentially a long-form art piece in front of an empty theater was not what he had in mind at any point, but if given the chance to speak with himself from 2011, Lee wouldn’t discourage himself from taking the journey.

Sure, it would’ve made the process a bit easier to navigate if a larger production company came in and gave him a team of people to take the reins. However, Lee admits that the amount of creative freedom he was able to utilize by doing it on his own was liberating, because when dealing with your own voice and your own message, there’s nobody better to deliver it in its fullest form than yourself.

Much like Drake’s 2009 mixtape, So Far Gone, which serves as a catalyst in Lee’s inspiration for the album’s artwork, he hopes that this album will be the start of something bigger on the horizon. He also hopes that, given the fact that he was at the helm for post-production, listeners can see his passion and creative drive embedded in the project, and can appreciate the amount of time that went into curating the set.

“I think the material is a good index of my nine years in comedy, and I really wanted to show my growth to the people that have been with me since the beginning,” says Lee. “There’s a joke in there that is one of my very first jokes, and all the COVID stuff is material I never tested out before the recording. I just wanted to show a wide variety of what I could do, but I also know that comedy is a long road, and I wanted to introduce myself to everyone who is coming on this journey so they could get to know me as we buckle up for this long and enjoyable trip.”

While the album title is a bit tongue-in-cheek, the former resident of Chinatown also wanted to use this moment at the mic to show listeners that the Asian community is a wider variety and more nuanced than people might think. He may not be directly representing the Asian community with some of his material, but in turn, he’s emphasizing the fact that there are many who don’t fit into cultural stereotypes.

At the end of the day, Lee is just hoping that the new direction he’s taking with this project, as he drives head-on into the “new normal,” will inspire other comics to continue to do the same. He hopes the album sparks innovation from comedians in these uncertain times, and he wants to be inspired to do whatever is next for him by someone else’s take on what he’s already done. And, when it comes to his listeners, he just wants to let you know that he’s right there with you along the way.

“What I want comics to get from it is that there are ways to do things that aren’t the norm, and I want to be inspired to do the next thing,” says Lee. “For other people, I know there are many who don’t go to comedy shows because [they feel] there’s no reason to, but I want to show them a different look at comedy, and I want them to be entertained. I want them to see that they aren’t alone. We’re in a crazy time, and I’m going through it just as crazy.Throughout this whole pandemic, I feel like a lot of people think that whatever they do, they’re alone, and everything they’re going through is specific to them. I want them to know that we’re all on this boat together.”