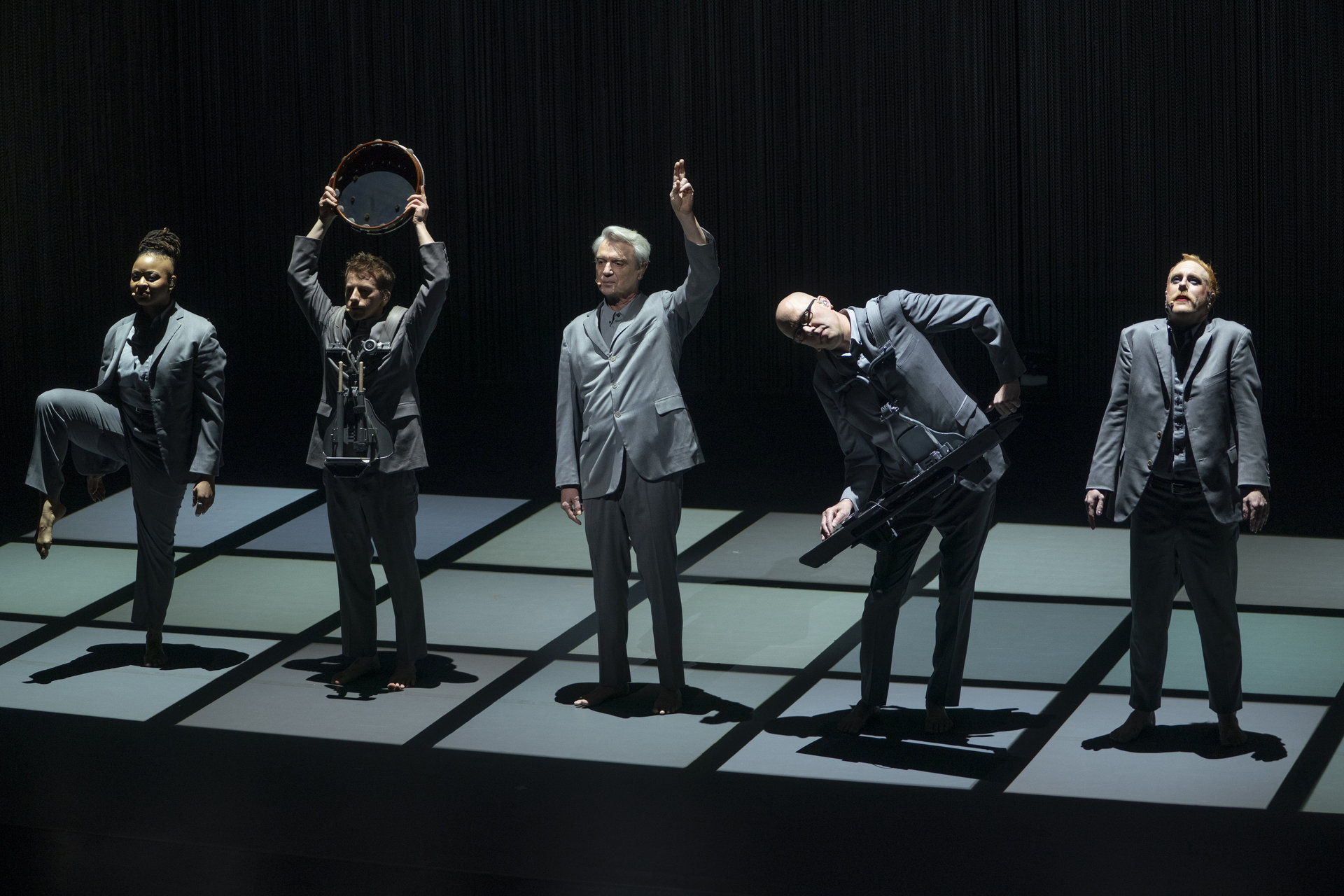 It’s been a pretty good year for filmed stage shows, hasn’t it? We had Hamilton hit Disney+ a few months ago, and that was a big success, even though it probably would have made a couple hundred million dollars had Bob Chapek and company not needed an immediate Hot Cash Injection thanks to the COVID-19 Pandemic. Now, it’s HBO’s turn, with a Spike Lee-directed screen version of David Byrne’s American Utopia, which took Broadway by storm last year. Will it hit the same high notes as Stop Making Sense did? Will it be as good as True Stories? Will Byrne get sued for using Talking Heads songs in his performance just like he tried to do to his old bandmates when they tried to reunite as The Heads? Only time will tell, but the word out of TIFF seems to suggest the answers are Yes, Yes, and No. HBO dropped the first full-length trailer for the film on Tuesday, and it looks absolutely lovely.

Here’s a bit about the film from a recent HBO press release:

“‘American Utopia’ was filmed during its Broadway run at New York’s Hudson Theatre, where it received much critical fanfare and played to sold out houses during its late 2019 to early 2020 run. Featuring David Byrne (former Talking Heads frontman) and an ensemble of eleven musicians from around the globe, the show invites audiences into a joyous dreamworld where human connection, self-evolution, and social justice are paramount. The HBO special was the Opening Night Presentation for the 2020 Toronto International Film Festival, where it received tremendous critical acclaim.

The film includes choreographed, untethered performances of songs from Byrne’s 2018 Nonesuch album ‘American Utopia,’ in addition to popular Talking Heads favorites such as ‘Once in a Lifetime’ and ‘Burning Down the House.’ Brief inter-song monologues allow Byrne to address various socio-political topics such as voter turnout, climate change, and immigration. The band’s powerful performance of Janelle Monáe’s ‘Hell You Talmbout’ draws attention to police brutality toward Black Americans. Annie-B Parson’s choreography of the band members, who are mostly playing wireless instruments, creates a high-energy spectacle and exhilarating audiovisual experience.”