Jay Gatz takes his message to the streets with ‘Black Matter’ 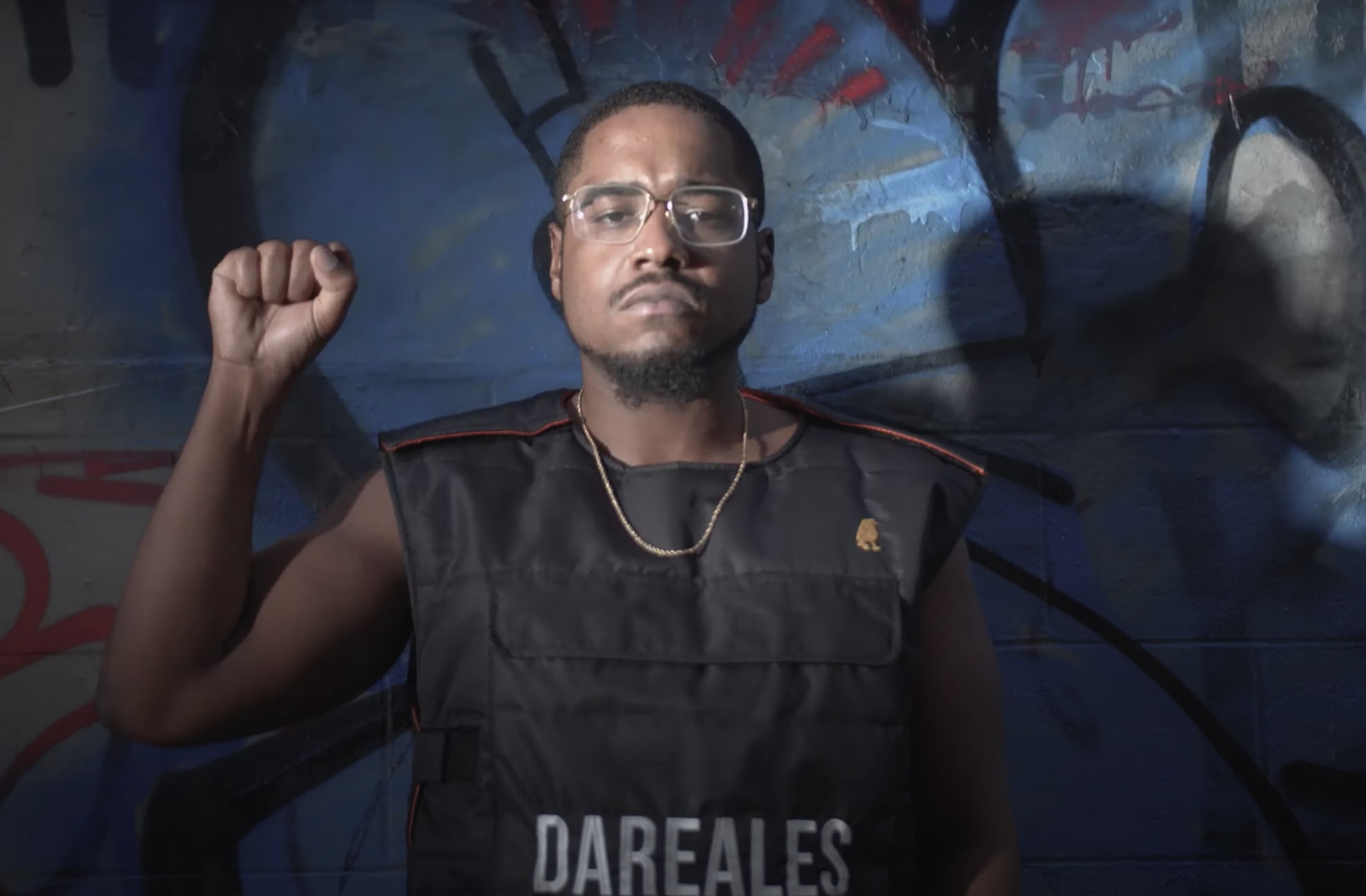 Jay Gatz’s music doesn’t just encourage the revolution — it walks side by side with it in the streets of Boston. And as demonstrated this past summer, his artistic roar is only getting louder.

For the Dorchester rapper’s newest video “Black Matter” (released last month), he took his messages about Black Lives Matter to Nubian Square, marching alongside members of his community as part of July’s Boston Unity March.

“My video director, Jay Hunt, and I marched with the crowd capturing footage from Columbus Avenue in Roxbury to the Boston Common in close proximity to the State House,” Gatz tells Vanyaland. “We also captured footage of and performed on the newly painted Black Lives Matter mural in the center of Dudley street, as well as at the BLM mural on the rear side of Fenway Park and The House of Blues overlooking the turnpike.”

The striking visuals speak for themselves, but Gatz still makes the reality of police brutality abundantly clear with his bars: “Put us in piles and put us in bags / Throw us away like we was trash / America’s finest landscaping,” he raps. Yet sometimes, it’s the simple lines that strike the hardest. “I just want to make it back home safe,” Gatz sings, uttering a cry for security that Black Americans are too often denied.

It’s a demand that, frankly, can’t be addressed soon enough.

“I’ve had socially-driven content in recent years and I felt a responsibility to address those social issues and emotions now in real-time as therapy to help myself and others get through it, as opposed to later when the mental damage is done and the world is distracted and less attentive to these issues,” he adds. “People are looking for powerful people to lead, and looking for powerful messages to keep them inspired and give them hope. If there’s anytime that people needed to be lyrically-nurtured or feel empowered rather than just entertained, then it’s now.”

Tap into Gatz’s movement below.