TIFF Review: Spend ‘One Night in Miami’ as soon as you can 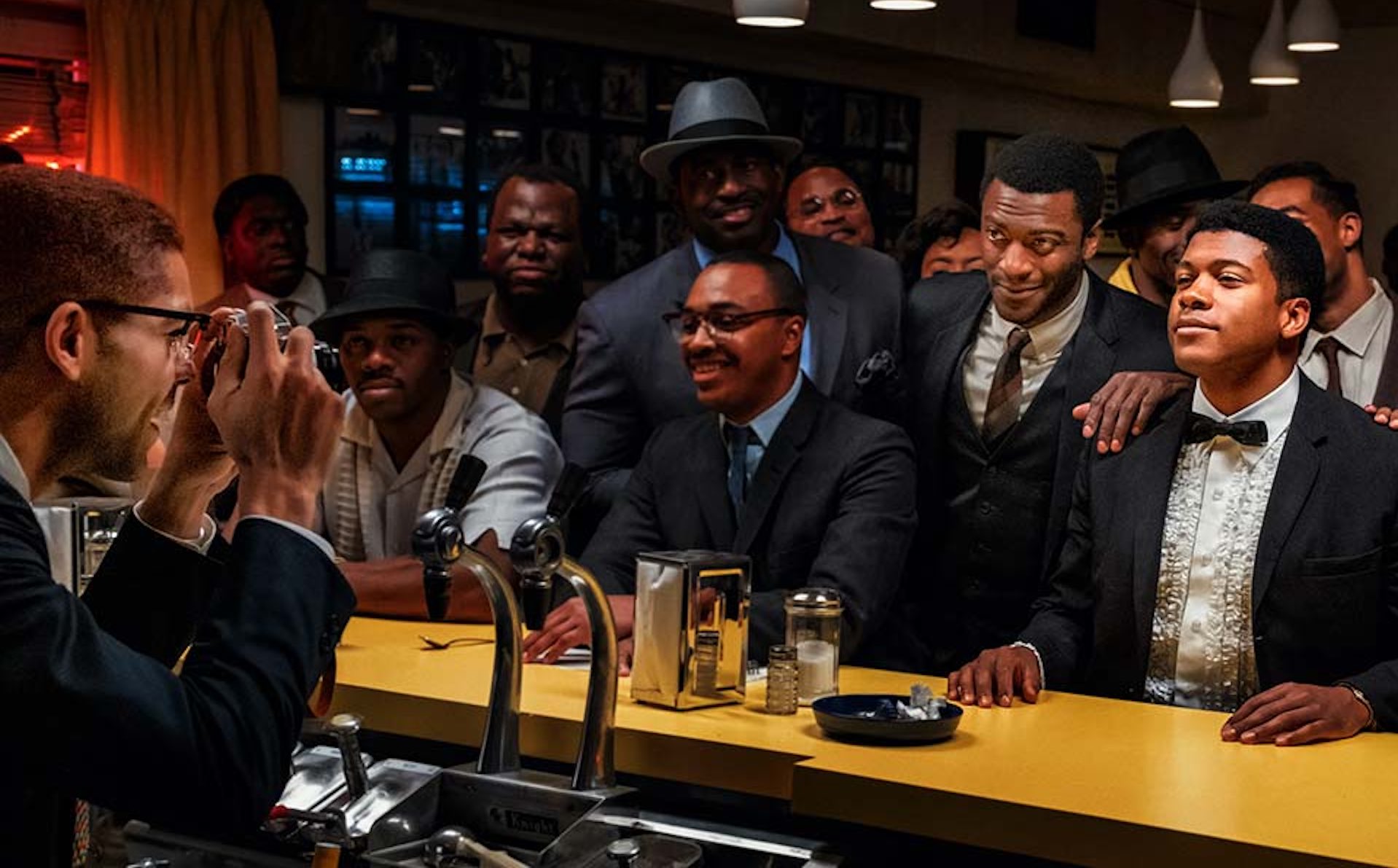 I tend to dislike the standard form that biopics often take, which typically attempt to codify a public figure’s life into a series of easily-reproducible story-structure bullshit, and vastly prefer the kind of approach that Regina King selected for her directorial debut (and one of the few genuine breakout hits of this bizarre virtual TIFF), One Night in Miami. Taking a form that resembles something like Nicolas Roeg’s Insignificance, King fashions an actor’s delight, in which our core four leads are able to sink their teeth into the meat and meaning of the men that they’ve been asked to represent. It is a really, really solid little film, stuffed to the brim with beautiful moments between the men, and will enthrall viewers with the cast’s skill and King’s grace as a director.

Adapted by Kemp Powers (who will be making his own co-directorial debut later on this year with Pixar’s Soul) from his play of the same name, One Night in Miami imagines a meeting between four black cultural icons — Cassius Clay (Eli Goree), Malcolm X (Kingsley Ben-Adir), Sam Cooke (Leslie Odom, Jr.), and Jim Brown (Aldis Hodge) — right when each was at a crossroads in their lives, in a Miami motel room. Clay’s is fairly obvious: It’s the night of February 25, 1964, and every other man in the party came to watch his famous heavyweight championship match with Sonny Liston, which he wins handily. But he’s also planning to soon reveal his conversion to Islam to the world, a journey which he’s been helped on along by X.

The Civil Rights leader himself has struggles, as he’s thinking about abandoning the Nation of Islam and its restrictive, inflexible ideology and beginning a movement of his own after a lengthy tour of Africa (he’s also paranoid of the government agents and foot soldiers who might be spying on him). Brown, having just set the rushing record in the NFL, has just finished his first movie, an endeavor that he really enjoyed (and made good money from), and is pondering whether or not he wants to leave football behind and act full-time. Cooke, on the other hand, is at the height of his powers as a performer but is feeling an urge to make a statement for the Movement, even if he and X deeply disagree about their particular strategies. And, over the course of a few hours in Miami, the men will joke, argue and make choices that will define the rest of their lives — two which would be tragically cut short within a year’s time.

A fear when one watches any adaptation of a stage play is that it will not inherently be cinematic, and One Night in Miami does a surprisingly good job of keeping things propulsive. The most-stagey moments in the film come in the backstretch, in which the group argues and comes to an understanding in X’s motel room, and King can’t help it from feeling somewhat claustrophobic, but she makes a lot of wise choices. For one, she lets her performers carry the tempo of her film, and the ebb and flow between the men feel natural thanks to Kemp’s great dialogue and the massive amount of talent between the four leads. Each defies the easy caricature, straddling the public perception of the man with how Kemp’s portrayed them on the page. We get a softer look at Ali, whose bluster and confidence conceals his deeper struggles with his role in the sports world, and a Malcolm X who is both a devoted family man committed idealist, and a total fucking buzzkill at the party (when Cooke asks if he’s got any beer, X responds by pulling out cartons of vanilla ice cream from his freezer). But Ben-Adir, who is treading in the footsteps of two icons — X himself and Denzel Washington’s portrayal of him in Spike Lee’s 1992 masterpiece — manages to honor both and also create his own deep take on the man and his legacy.

When King manages to escape the confines of the motel, she’s able to endow certain scenes with a sense of the power — or the frustrating lack thereof despite their gifts and skills — that these men had. One particularly moving moment is when X reflects on the time he saw Cooke perform in Boston, where, thanks to some shitty sabotage done to him by his opener, the sound failed before he could even get a chance to sing a note. But Cooke rises to the occasion and makes his audience his percussion in “Chain Gang,” singing off the beat they’ve provided, in a segment of pure movie magic that’s only enhanced by Odom’s incredible voice. It gets to the heart of what made Cooke such an iconic figure in his limited time on this Earth, and each character — save, perhaps, Brown and X, both of which King is more interested in their personal lives as opposed to their public ones — is given the chance to shine.

One Night in Miami is an ode to a pivotal cultural shift and an attempt to codify it into a series of poignant discussions, and it’s wildly entertaining and engaging in its own right. But what’s most exciting about it is the hints that it provides at what will hopefully be a long and fruitful directorial career for King, who brought this story to life and should continue to do so for other tales in the years to come.