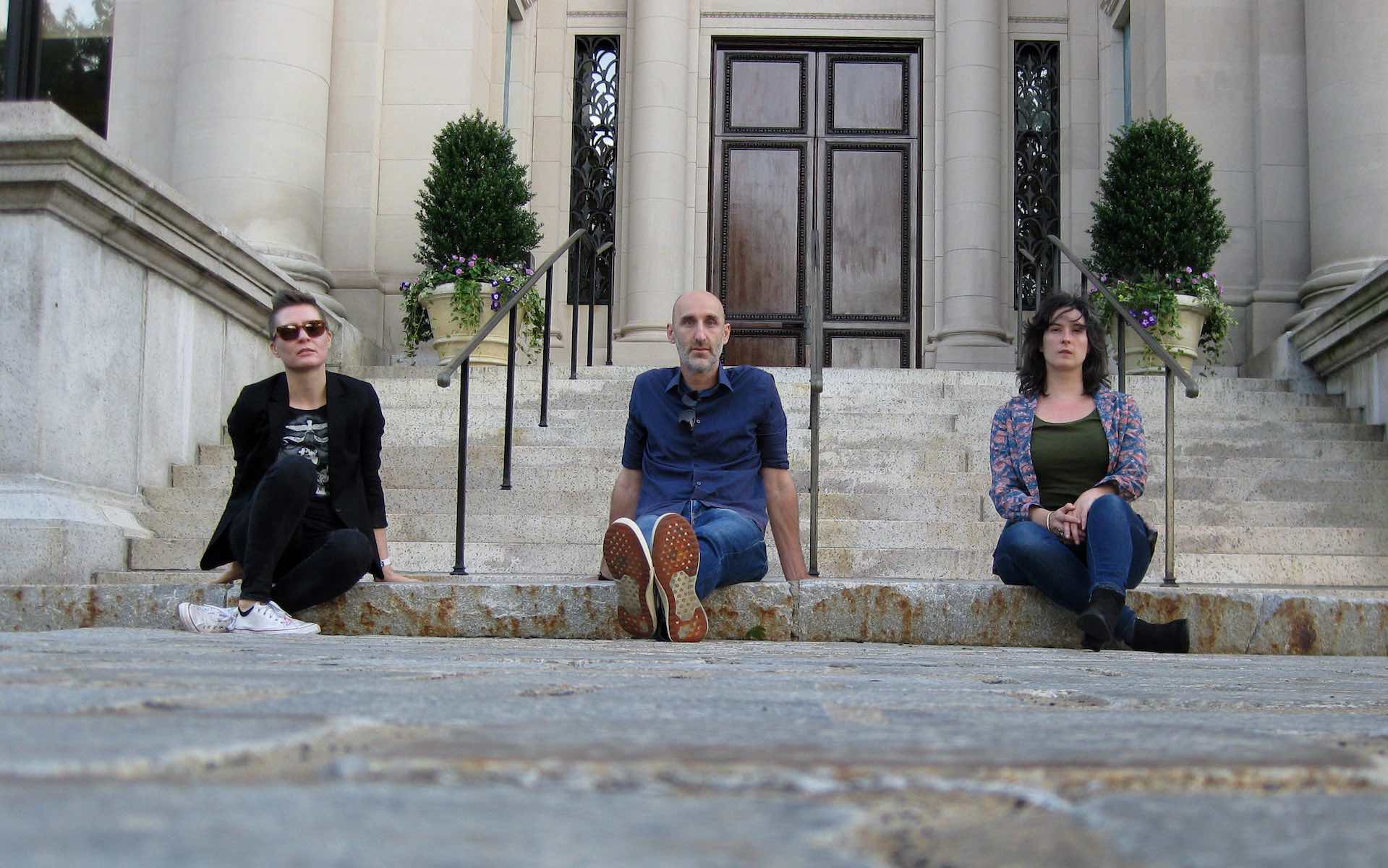 The story of Don’t Ever Lie To Anyone, the Boston trio whose debut single, “Fall in Circles,” is out today (September 10), is probably unlike any other. And that’s mainly due to timelines. Suggesting a project has arrived on the record in recorded fashion usually means its members formed not too long ago; for Don’t Ever Lie To Anyone, armed with a lovely acronym of D.E.L.T.A., that is simply not the case.

Its two principal members, Jordyn Bonds (Big Bear, Polaris Mine, Permafāv) and Joel Roston (Big Bear, Polaris Mine, Beautiful Weekend) have been making music together under various monikers for the past 20 years, and its believed their first live performances date back to 2002, with Don’t Ever Lie to Anyone surfacing in listings and flyers around 2006-ish. A few years later, thoughts were given to, you know, maybe actually recording something. Don’t let anyone tell you the 2000s were not casual.

“The decision to make a recording actually came years ago,” Roston tells Vanyaland. “The date on the very first file that we worked on is October of 2010. Roughly two months from that moment, we had most of the music for five songs completed and we were aiming at releasing them all as an EP. As time moved along, other music/life-things demanded our attention and the EP sort of got away from us.”

Last year, Bonds and Roston enlisted their “super-bud” Noell Dorsey (Major Stars, Guillermo Sexo, Beautiful Weekend) to enhance their tracks with her vocal talents, spiking in a new influence that was both fresh and familiar, and the pandemic allowed some time to tie up some loose ends.

“There was also an element of just wanting to finally free ourselves from the psychic burden of having a bunch of unfinished music lying around,” Roston says. “All in all, adding Noell’s parts and musical intentions to the mix really kicked things into high gear. This music is entirely representative of what a collaboration between the three of us might sound like. While it’s perhaps true that the skeleton of any one of these songs was exhumed from Jordyn’s or my internal landscape, at this point, I feel comfortable saying that there’s nothing about the way any of these songs work that make them belong, solely, to any single one of us.”

“Fall in Circles” was a part of that October 2010 batch, and as it surfaces today, the synth-fed tune, which opens with a pandemic-minded spoken word recording before blossoming into a breezy electronic-pop floater, is the first of five new singles Don’t Ever Lie To Anyone plan to roll out over the coming months.

“The story of ‘Fall in Circles’ is a fairly stark illustration of how the three of us put these songs together,” Roston adds. “Musically speaking, it started out as one of my songs, which, in early stages, tend to be fairly thought-through melody- and harmony-wise and fairly not-thought-through sound-, timbre-, or percussion-wise. Jordyn gave it a listen and immediately had sound/timbre and rhythmic/percussive ideas which really took it from ‘somewhat fleshed-out idea’ to ‘actual song.’”

The final vocal melody came together after Dorsey improvised five or six takes worth of ideas; though she was new to Don’t Ever Lie To Anyone, the trio’s long-standing friendship and music scene crossovers lent itself to instant creative chemistry.

“After her lyrics were done, we had some semantic targets at which to aim our musical decisions, which led to deeper conversations regarding the overall arrangement,” says Roston. “For instance, in my mind, the transition from the final ‘Life is going forward’ in the first verse to the next statement of the main synth melody was something that should’ve hit really hard and had a ton of momentum — like something that’s moving forward. To Jordyn, though, taking the lyrics from the rest of the verse into account, it made more sense to have everything just completely drop out as a way to demonstrate that things aren’t necessarily moving forward just because some of the lyrics claim that they are — and she was right.”

Sometimes, for something to move forward, it has to reach back — way back, even a decade or two. Listen to “Fall in Circles” below.