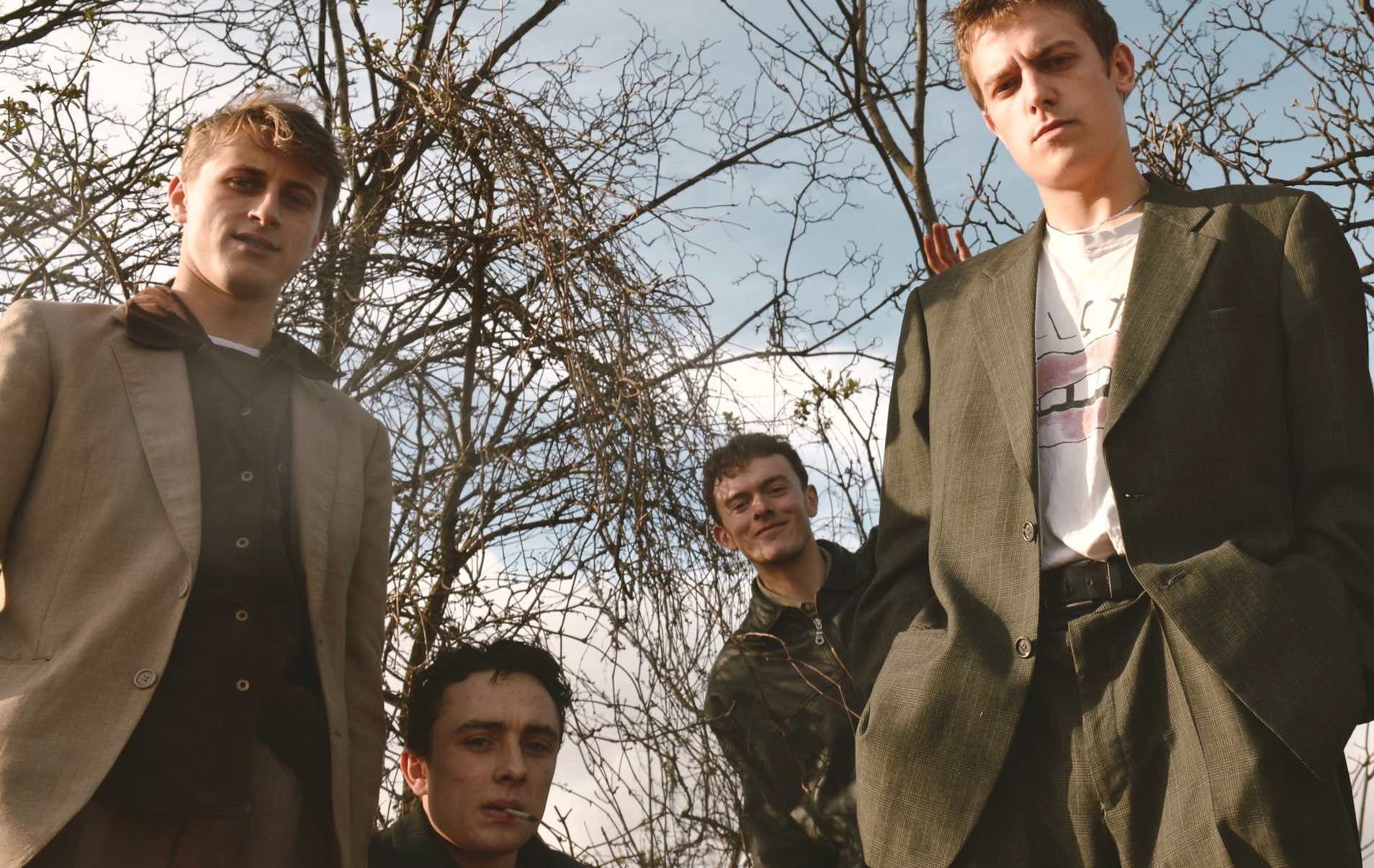 This year has been an absolute skull fuck, and as a result there’s no shortage of frustrated emotion emanating everywhere from New York to Yorkshire. There’s also no shortage of post-punk bands raging against our modern societal decay, and today comes London-based DEADLETTER to drop a razor bomb of a tune called “Fit For Work.” It’s an incendiary sonic freak-out that calmly reminds us that we need to get back to work, all while the song goes batshit bonkers around the non-negotiable demand.

“Fit For Work” is also the follow-up to to DEADLETTER’s May joint “Good Old Days,” and this new one is described as an angered study into bureaucracy and our ever-growing loss of personal identity. It’s also sounds like it shares a spiked punchbowl of DNA with The Fall and Gang of Four.

“‘Fit For Work’ was a concept a long time before it was a song,” says DEADLETTER frontman Zac Woolley. “As a band, and as a writer, we [I] have always regarded the call and response strategy as biblical. The idea of having a conversation during the delivery of art leads to this absurd metaphysical tangent of acknowledging your art is art whilst performing it; similar to when artists use the line ‘I wrote this song for you because…’ what they are doing, when you think about it, is taking away the idea that what they’re creating exists in itself, and is in fact an entity that exists in a wholly real world.

“Fit For Work”is a mirror for all our lives, but it feels especially poignant given all the bullshit swarming around the United States and United Kingdom these days. At least the folx over there have music as a response.

Check the time, raise your worry, and clock in with DEADLETTER below.