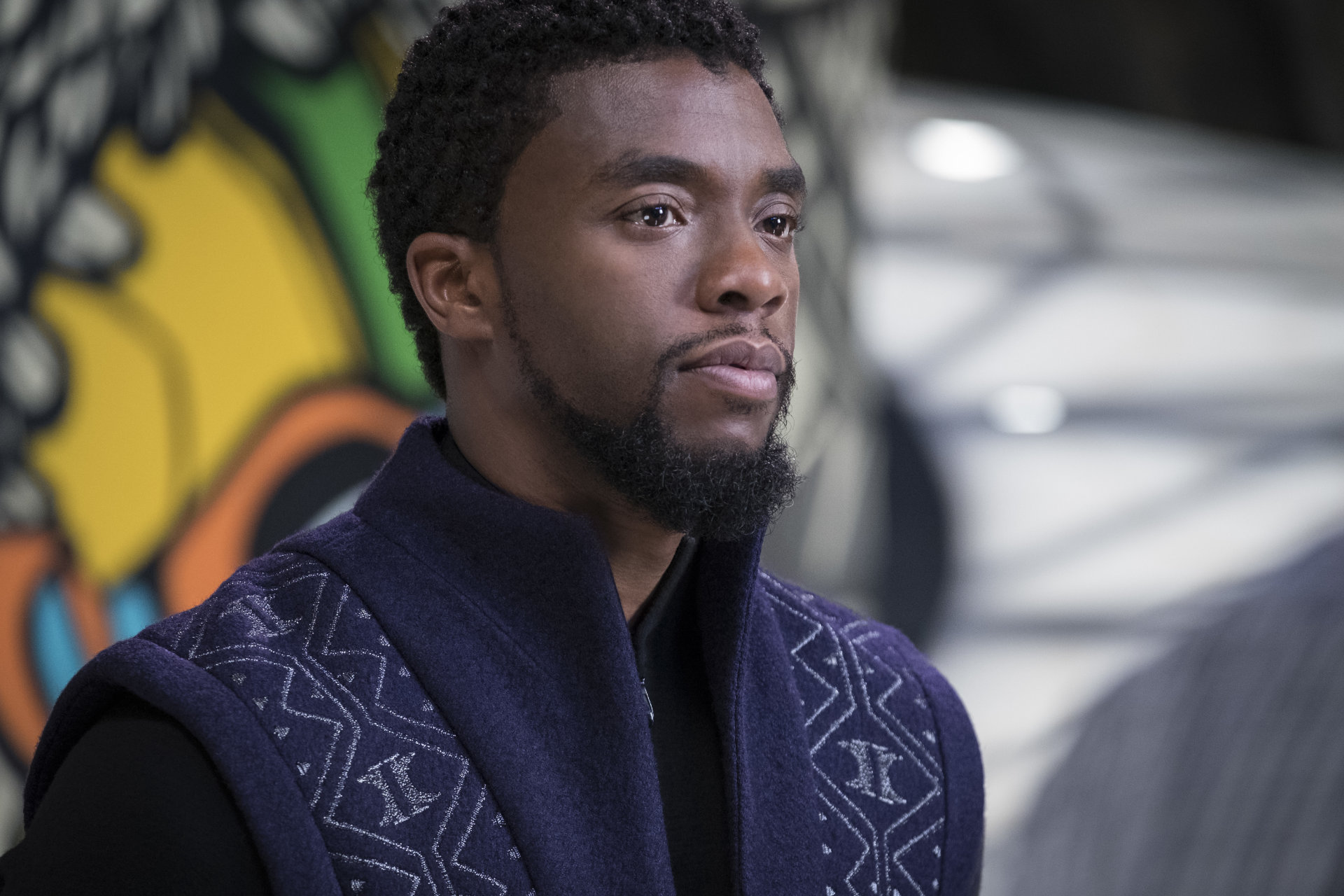 Still from 'Black Panther' by Marvel/Disney via MoviestillsDB

Chadwick Boseman, one of the brightest young stars to emerge on the big screen in the past decade, has died after a four-year battle with colon cancer, his family told the Associated Press on Friday. He was 43.

His family gave a statement to the AP, which follows:

“A true fighter, Chadwick persevered through it all, and brought you many of the films you have come to love so much,” his family said. “From ‘Marshall’ to ‘Da 5 Bloods,’ August Wilson’s ‘Ma Rainey’s Black Bottom’ and several more – all were filmed during and between countless surgeries and chemotherapy. It was the honor of his career to bring King T’Challa to life in ‘Black Panther.’”

Boseman was born on November 29. 1976 in Anderson, South Carolina. He graduated from Howard University in 2000 with a Bachelor of Fine Arts in directing and later attended the British American Drama Academy in London. He worked in theater and bit television parts until moving to Los Angeles in 2008, and from there, he began an incredible and impressive career as an actor in films.

Though he’d had some small roles in films like The Express and The Kill Zone, it was when he played Jackie Robinson in Brian Helgeland’s 42 in 2013 that his star really began to take off. That was a brilliant performance, and he carried the entire film over the finish line. He’d follow that excellent performance with an incredible turn as James Brown in Tate Taylor’s dramatically underrated Get On Up the following year, and also have a supporting role in Ivan Reitman’s Draft Day.

However, it was 2016 when he truly broke through to the mainstream. That year, he was cast as T’Challa, the Black Panther, in Captain America: Civil War, and he stole the show. Two years later, he’d star in Ryan Coogler’s Black Panther, and he’d become an instant cultural icon. His intense charisma only enhanced the already-potent subject matter on screen, and audiences fell in love with him. He’d reprise the role twice more, in the last two Avengers films, Avengers: Infinity War and Avengers: Endgame, and was slated to star in a sequel to Black Panther which would have begun filming next year.

But Boseman kept working throughout that period and starred in some fantastic small films — Marshall, in which he played a young Thurgood Marshall; 21 Bridges, which saw him play a cop trying to solve a robbery-gone-wrong, and, most recently, Spike Lee’s Da 5 Bloods, where he played Stormin’ Norman, the captain of the squad Lee’s movie was about. His last film, George C. Wolfe’s adaptation of August Wilson’s classic Ma Rainey’s Black Bottom, will premiere on Netflix at some point in the future. Throughout all of these films, Boseman was battling colon cancer and his strength and heroism in continuing to bring joy to people around the world despite all of that is, frankly, amazing.

It’s difficult to comprehend how horrible this loss is, and only one word comes to mind when trying to sum it up: Tragedy. He was an absolute icon, and it’s hard to fathom that he’s gone, honestly. He will be dearly missed.