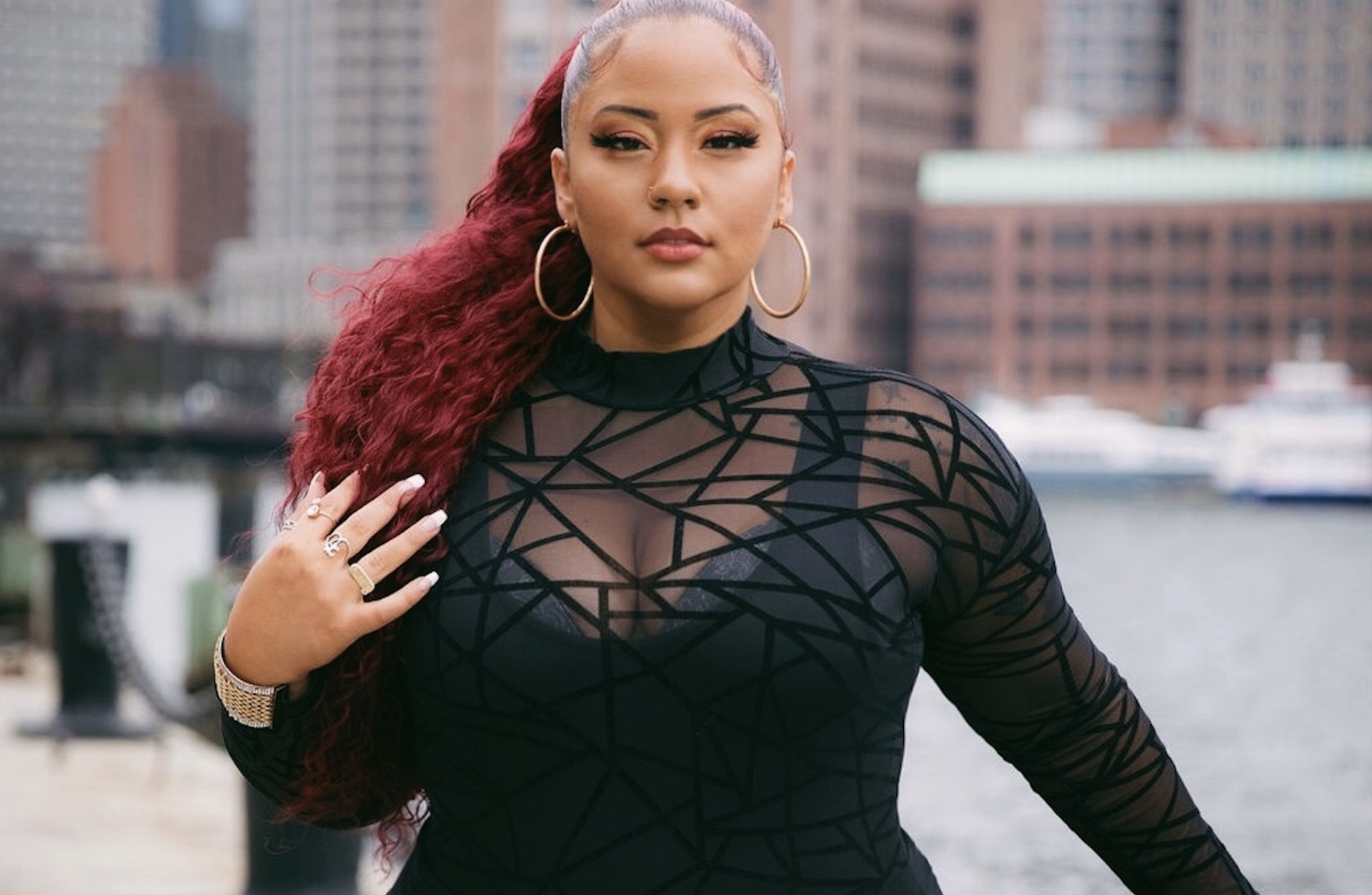 It was a “powder keg” of a world that first inspired Jazzmyn RED’s new EP REDvolution in 2018, and it’s an even more explosive climate that welcomes her new EP into the universe today (August 28).

Then again, America was plenty restless 57 years ago on this day, too, when Martin Luther King Jr. delivered his “I Have a Dream” speech. That defining, historic moment in the Civil Right Moments remains just one event the Boston rapper seeks to honor with her tenacious, socially-conscious new record.

The project started two years ago when RED penned “ShootHER,” her first of many “love letters of war” to come for the EP. “That record kind of set off what I felt my next project should be about, to address what’s happening in the world around us: tyranny, inhumanity, hatred, and bigotry,” RED tells Vanyaland.

She adds: “In retrospect, this album became a prelude of what was to come. These are things that have been on my mind, are constantly on my mind, and the project just happened to come to fruition in the midst of all this chaos over this past summer. I have used my music for a long time now to call for justice, to speak life into my people, into all people, and to work towards a better and more just world for all of us. That is what being a hip-hop activist is all about — making music to fuel your people to fight for a better tomorrow.”

For this project in particular, RED sustained her activism by channeling the Freedom Music movement from the 1960s, blending genres that were championed by Black Americans. She’s particularly proud of her reinvention of the jazz staple “Strange Fruit,” which details the country’s long, disturbing history of lynching Black Americans.

“Freedom Music was a vital element to social justice organizing during that era with a culture that encouraged people to participate,” she explains. “The album has a mix of soul, jazz, rock and blues with the foundation remaining in hip-hop.”

The EP ends on a joyous but determined note with lead single “We Gon’ Make It,” which RED wrote for Black Power Ballot, a nationwide campaign aimed at increasing Black voter turnout. Undoubtedly the EP’s main source of sunshine, the track is bolstered by a few bars from the late rapper Loko Los, a longtime friend and colleague of RED.

“As I was writing REDvolution I was covering a lot of tough topics,” she explains. “From the miseducation of students in the public school system of history and specifically Black history in ‘Strange Fruit,’ violence against and misogyny of women and the resurgence of female power in ‘ShootHER’ and ‘Monster,’ to learning how to love yourself in ‘Cry No More.’ All of that can be quite heavy to work through. As I was finishing the project I really wanted to include a song that said ‘Look, despite all this ugly, all this messy, all this adversity, we are going to prevail. Love will always prevail. Hope is the engine of change and we can get through this, whatever it is.’”

Tap into the REDvoltuion below.