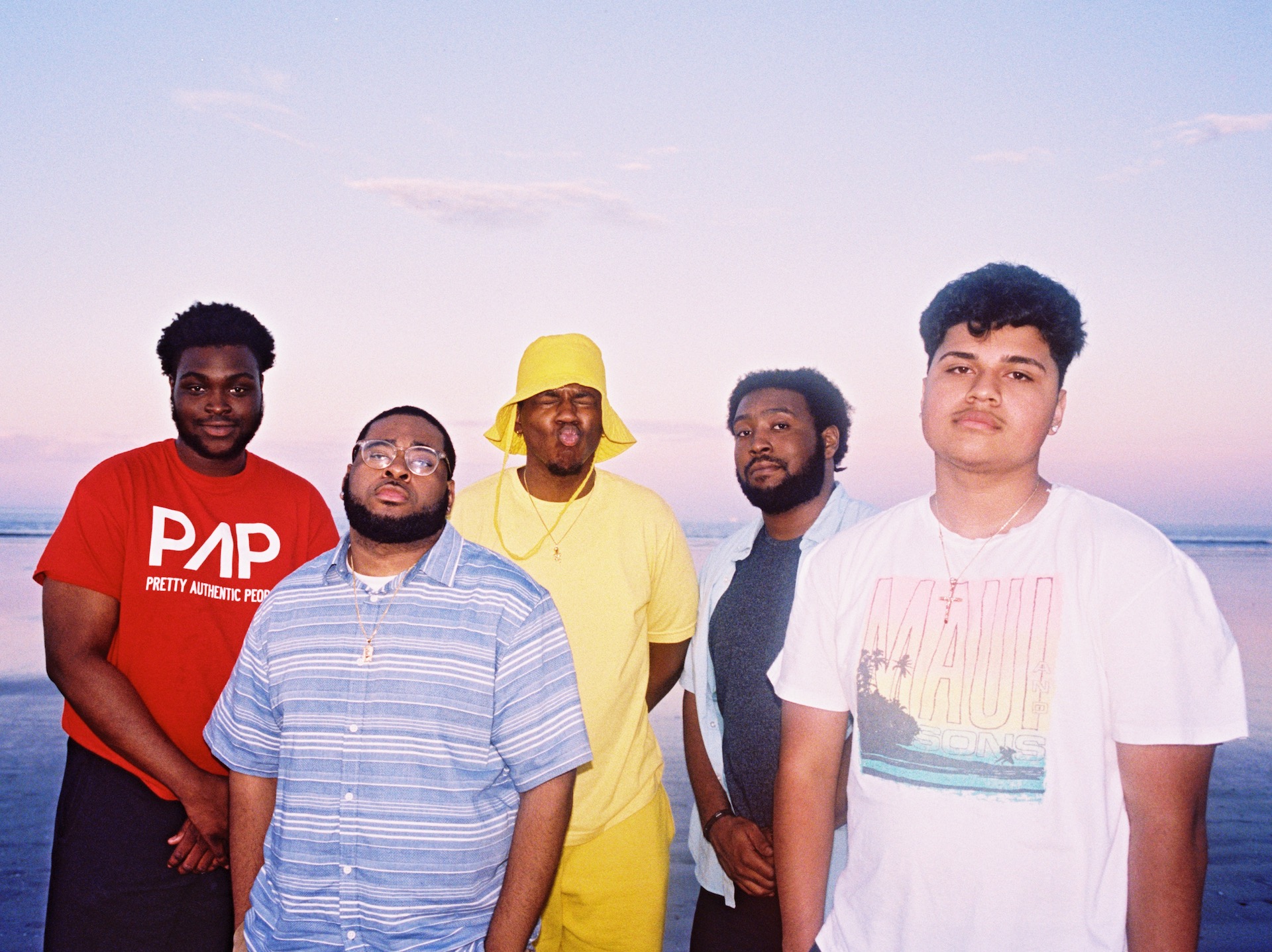 lll Addicts’ new music video conveys a mighty hunger: Hunger for sunnier times, sprinkled with bits of blue sky, hunger for the carefree joy that 2020 is devoid of, and hunger for a fine feast of “Queso.”

The Boston-based rap group jetted to the West Coast to shoot much of their newest visual, which dropped today (August 19) to accompany the summer release of their record Beautiful,. Many of the scenes were filmed around Joshua Tree National Park, where the five members captured their California adventures, facetiously fueled by forged Harriet Tubman $20 bills.

“We try to choose locations based on the feeling the instrumental gives off so we knew we wanted to go for a very Spaniard/tropical kind of vibe when we were scouting locations for ‘Queso,’” Ill Addicts tell Vanyaland. “We had a tough time getting shots in Boston that fit the landscape of California so we had to get creative and really plan out the angles and time of day so that everything felt cohesive when put together.”

“Queso” is a springy track to begin with, but campy subtitles add even more levity to the song’s accompanying music video; “[Insert bad b*tch]” one subtitle quips, while another proclaims that the mirror in use costs more than 21 million dollars.

“That was an idea that came to us in post during the editing process,” the group adds. “It started as a way to call out the flaws in some of the shots to show our self-awareness and then we added more for comedic effect or to help set the aesthetic tone. We wanted the video to feel expensive so we included subtitles of exaggerated price tags and vacation destinations to make it more thematic.”

[Insert more recognition for Ill Addicts here] and chomp down on some “Queso” below.