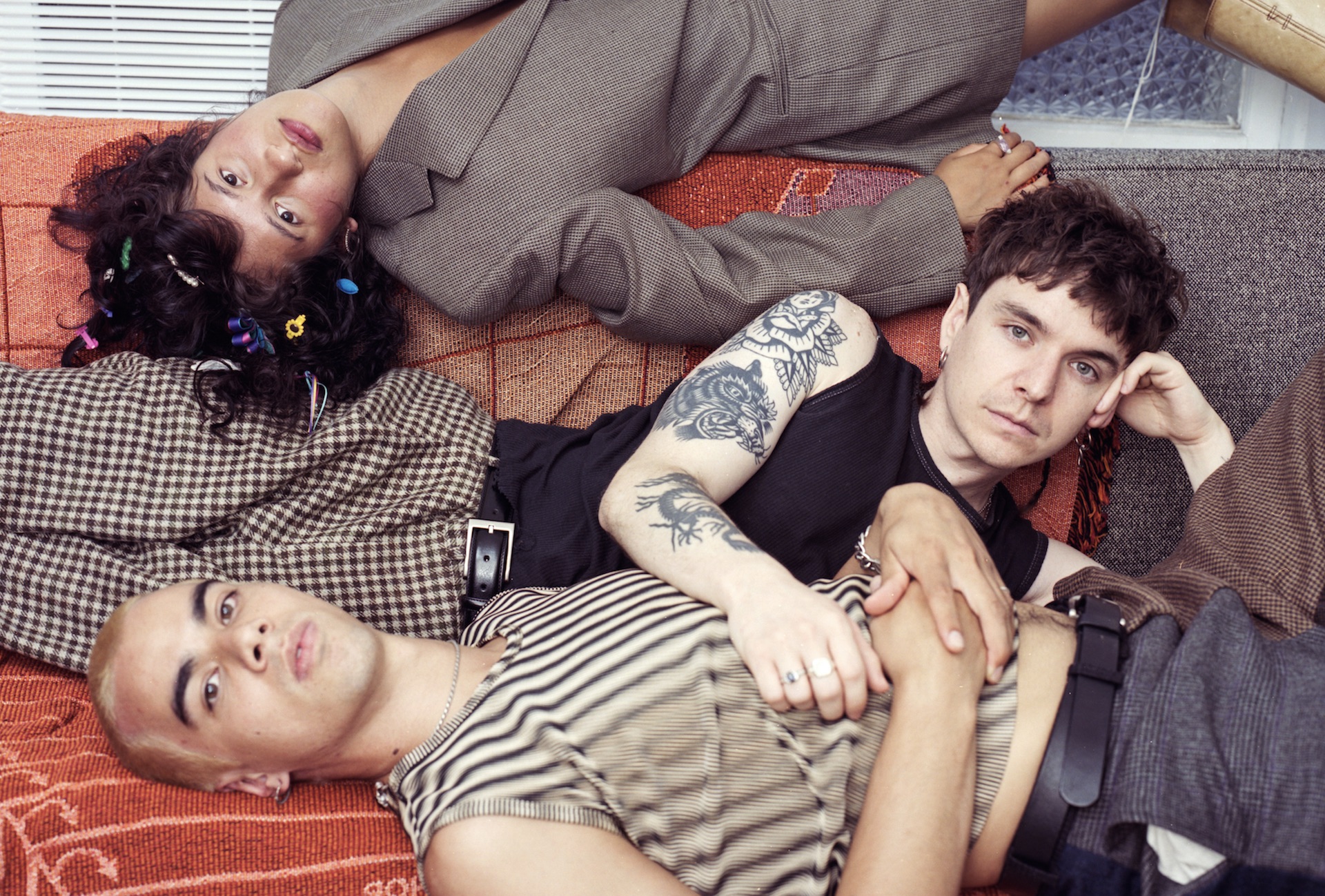 When Couch Prints channel “melancholy and strangeness,” they do it through the lens of a Betamax camcorder.

As the Queens-based band sought out the ideal way to share their new lullaby “Tell U,” the trio landed on a music video filled to brim with evocative schmaltz, produced like an old-fashioned soap opera.

“When we gave the song to Mayachka for the music video, she took that wistful feeling and our experiences, and created a story about a supposed three-way love triangle between us — with all the romance and nostalgia of a 2000s soap opera,” says guitarist Brandon Tong. “It perfectly captured the melancholy and strangeness of our first year coming together.”

The visual also captures a neat contradiction — one where twisting, drama-driven bad romances and blushing swan songs can occupy the same frame without clashing. And that, truly, is a piece of Couch Prints’ plot that no one saw coming.

Catch up on the melodrama below.