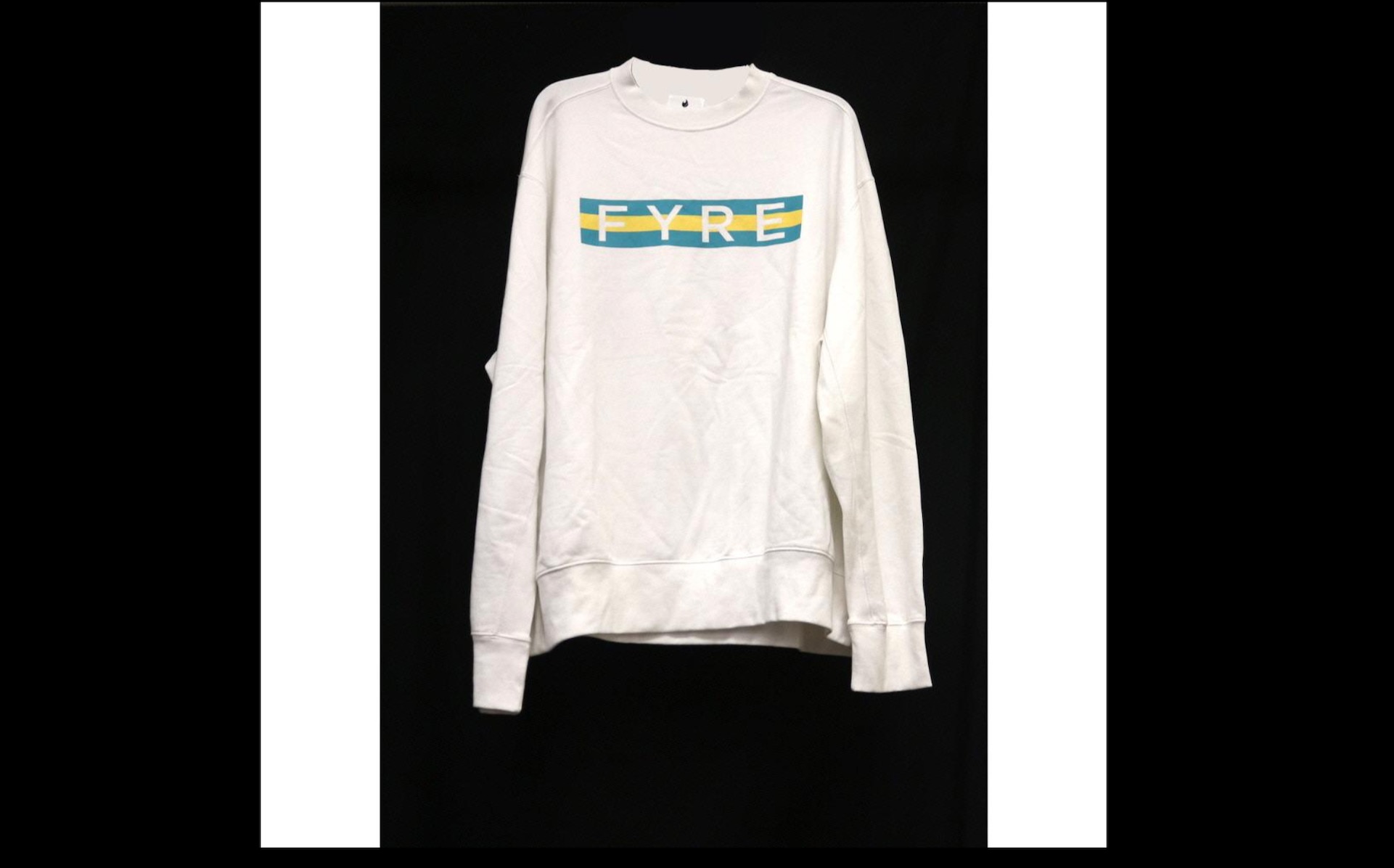 Before the entire world turned into a massive shit show, there was Fyre Festival, the ill-advised, ill-conceived, ill-planned, and ill-executed Bahamas island getaway led by founder Billy McFarland, a bunch of social media influencers, and hype man Ja Rule. The 2017 luxury music festival never turned out as planned, but it did lead to two must-watch documentaries (we prefer Netflix’s), endless memes, and a six-year prison sentence and $26 million fraud forfeiture for McFarland.

It also led to a lot of merchandise being unsold, which was eventually seized by U.S. Marshals, apparently. Now until August 13, that merch is available through a U.S. Marshals Service National Online Auction, and there are 126 items to bid on.

And no, you can’t use your Magnises card to make bids.

Among the items up for auction are hats, t-shirts, jogger sweat pants, bracelets, tokens, and other apparel. The auction is being hosted by Texas’ Gaston & Sheehan, and the proceeds will benefit victims of the fraudulent festival, of which there were many: ticket buyers, vendors, and pretty much everyone from the Bahamian island of Great Exuma.

“This Fyre Festival-branded clothing and other items that were seized from Billy McFarland were originally intended to be sold at the Fyre Festival itself but were kept by McFarland, with the intent to sell the items and use the funds to commit further criminal acts while he was on pre-trial release,” says U.S. Marshal Ralph Sozio of the Southern District of New York. “The proceeds from the sale of these items, all traceable to McFarland’s $26 million fraud, will go toward the victims of his crimes.”

Some items, like a Fyre black adjustable baseball cap and a Crew neck sweatshirt with hand sewn label, have more than 20 bids and will cost a pretty penny, with auction rates currently more than $150. The novelty items like tokens and bracelets are going between $10 and $20 (as of now).

Just call it a Fyre sale. Click here for the auction site.