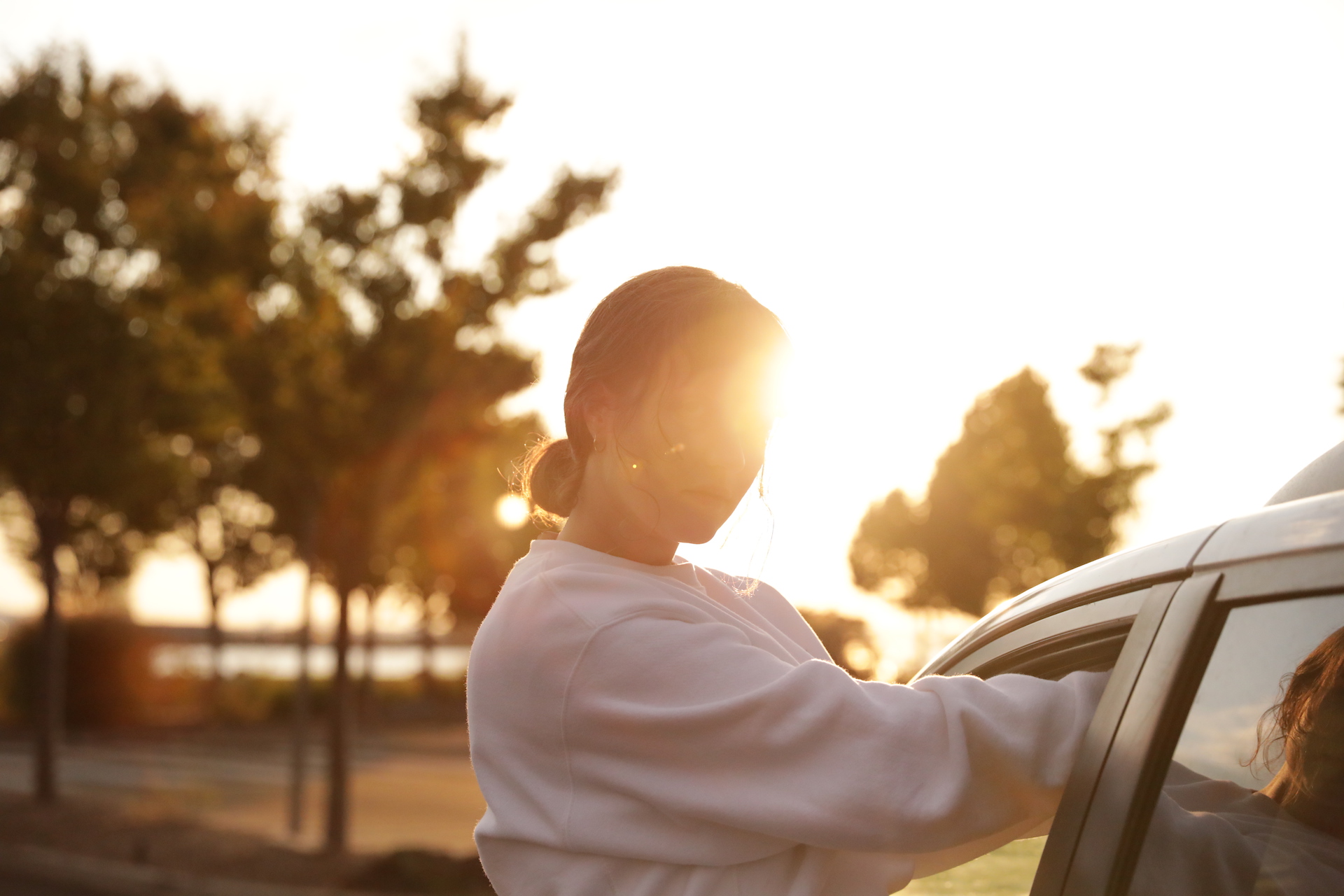 When Jessy Lanza sweetly sang she “can’t stop spinning” on her track “Lick In Heaven” earlier this year, she wasn’t exaggerating.

Since her 2016 album Oh No, Lanza’s world has been locked in a dizzying tizzy, culminating in what’s shaping up to be a particularly tumultuous time for musicians in general. After uprooting her life in Hamilton, Ontario for New York and then cutting short a European tour, Lanza most recently had to pack up her new life and relocate to the West Coast — in the middle of a pandemic.

Yet amidst all the upheaval, she eyed the rubble of her past with care, sifting through the remains and crafting an anchor for herself via her new LP All The Time, out today (July 24) via Hyperdub. Sonically, the album hides its struggles, instead presenting itself as a forever-effervescing fountain of sugary, experimental pop that swoons and sways as Lanza works out the unexpected tangles of life.

But the struggles are still there, crouching below confectionary melodies nonetheless. Vanyaland spoke with Lanza ahead of All The Time‘s debut, talking about her major move to the States, the process of recording a “long distance” album, and what it means to mask darkness with bubbly musicianship.

Victoria Wasylak: Before we get into some major All The Time talk — you actually studied jazz in college. How’d you make the switch to experimental pop and synths?

Jessy Lanza: When I was studying jazz in school I was always looking towards pop artists that incorporated jazz into their music — artists like Erykah Badu, Jill Scott, the Roots, D’angelo. There wasn’t a switch really, especially because in school we listened to and studied synth explorations by Miles Davis, Herbie Hancock, and Buddy Miles who all had their own pop albums. I guess I really started experimenting with synths when I inherited some of my dad’s equipment. He had a Yamaha dx7 and a polymoog that I started to write songs with and my curiosity for learning about synthesis grew from there.

What made you decide to move to New York from Hamilton? When you moved, did you have the idea for a long distance album in mind?

I started seeing someone who lived in New York and I had a U.S. visa so I thought I’d try living somewhere other than Hamilton. I wasn’t sure there would be an album to be honest. But my writing and production partner Jeremy Greenspan and I shared a few ideas in late 2017 and from there those little sparks caught on and a few months after my move to New York I found myself only wanting to work on All The Time.

Building on that, what was writing a long distance album like for you? Did you find the process to be as enjoyable as it would be “in real life”?

Writing on my own in a new city where I felt isolated a lot of the time made the album an emotional experience for me. I was going through a lot of ups and downs at that time. My studio was a refuge and I used the album as a way to escape how depressed I was feeling. Every couple of months I would drive back and forth from Hamilton to New York to see my family and work with Jeremy at his studio. In those sessions we would listen to how the songs were progressing and those moments were definitely the highlights of the album process for me.

All The Time is super sweet on the ears, but you actually packed a lot of not-so-happy topics into the album, like your experiences with expectations forced on women in “Lick In Heaven.” How did you reconcile the bright sound of the record and these emotional themes?

A lot of society’s rage is directed at womxn and it’s hard not to feel angry about that all the time. At the same time, I don’t want to be an angry person so I think about that tension a lot and it shows up in my songs. Often the music I make is in opposition to how ugly or depressed I feel. I think “Lick in Heaven” is a good example of a song where I used sweet chords and playful drums and melodies to drag myself out of a miserable emotional place.

I read in another interview that you realized you had an anger management problem around the time you started working on this album, which was actually helpful to work out creatively for you. What did you end up learning about yourself and/or that anger once All The Time was completed?

I learned that I can’t be so hard on myself or the people around me. I just felt lighter, really! Like, I emerged a nicer person — or like I had the energy to try, at least!

What gear did you use (or do you like to use) for making such confectionary beats?

I was only able to fit a few synths in my new studio in New York — I brought some Roland synths — juno 106, jx8p and a lot of semi modular equipment like the dfam, mother 32 and Moog Sirin. My writing and production partner Jeremy Greenspan has an amazing studio in Hamilton so he was able to expand on a lot of the arrangements with his synth collection.

I think a lot of folks — especially musicians — can relate to your quarantine story: Cutting your European tour short, coming home to find your lease is up, and packing into a van to move elsewhere. Did all of these occurrences happen while the album was still being put together?

Yes, for sure — a lot of musicians were stuck in that same situation. I was lucky that the album was finished before quarantine started but it’s been a challenge to release the record without being able to tour.

Because of how 2020 has turned out, do you feel like you have a new or different relationship with All The Time? Do you see or hear it differently now because of how much life has changed?

I am just relieved that I finished it! I’m so excited for people to hear it.