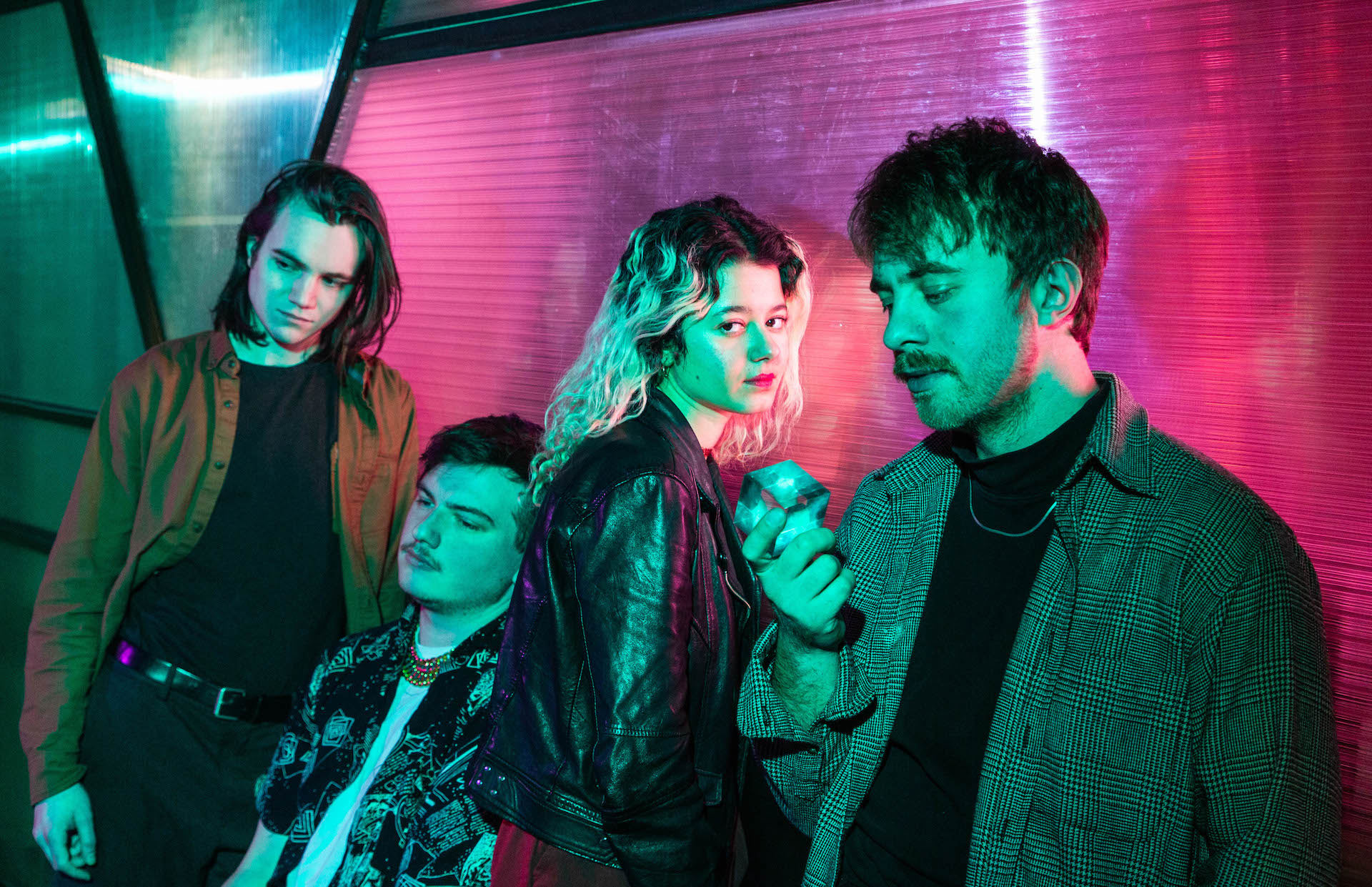 To release a song about going to shows right now — here, in concert-barren America — would be cruel and unusual, and likely punishable in a court of law. That’s why Psymon Spine have selected an entirely more considerate option by releasing their song “Milk,” a Barrie-assisted psych-pop jam about aliens hitting up a rock club instead. Released yesterday (July 15), the song helped announce the Brooklyn band’s signing to Northern Spy Records. After a three-year hiatus, “Milk” offers a rich reminder of what the group has to offer: Chunky, chugging electronic rhythms and perspective so far out, it’s nearly intergalactic. Dip into Psymon Spine’s “Milk” below.