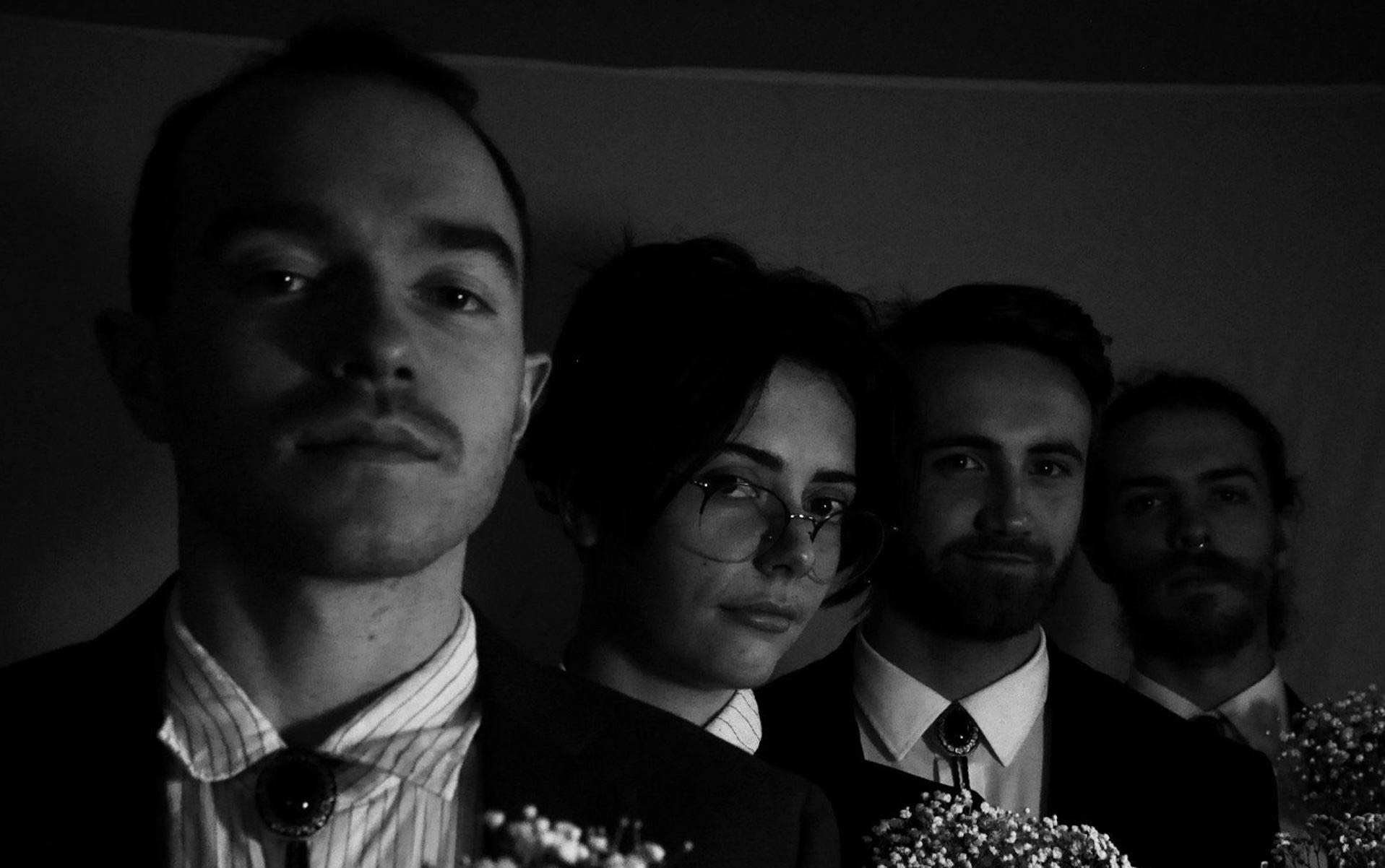 In an age of singles born of shortened attention spans and infinite distraction, Trying have delivered an album with purpose. The Columbus indie-pop band, led by Cameron Carr, decorate this new music Friday (July 10) with This Is Not A Disco, a 15-track effort of combined EPs that feels like a road trip: And within it a continued argument over whether the joy is found in the journey or various pits stops along the way to the destination.

That’s no more evidence of that than at the jump. The albums’s two-part title tracks takes us deep into the dark, sweaty modern indie dance party, where The Smiths danced with Radio 4 and feeling young and alive was easily worth the cover at the door. But that upbeat introduction quickly gives way to introspective tenderness, as “Blowing Wishes” and album standout “It’s A New Job” unfold Trying’s ultimate draw, a blanket of musical warmth and compassion dotted by a glockenspiel struck on the stars above. And once the eyes are dried, the hug unlatched, it’s back to the dance floor via the screeching allure of “That Is Not Your Dirt.”

“It’s an album about the struggles of helping and being helped that is determined not to be a disco album,” says Carr, “but obsessed with finding the rhythm.”

Throughout This Is Not a Disco, Carr weaves tales of struggle and trauma and packages them through jubilant rhythms and optimistic melodies. It’s a creative twirl we’d all want to excitedly show off to Morrissey, if Morrissey hadn’t lost the plot and become the type of lost soul Carr is determined to help.

As the rest of the LP plays out, its underlying theme — “that supporting others through their times of darkness can bring challenges to our own lives, that we need each other there all the more because of it,” Trying declare — plays out with conversational precision. This Is Not a Disco succeeds not because it attempts to answer all the questions we’re faced with on a daily basis, but because it acknowledges that these questions are here, and openly ponders how they came to be asked in the first place.

Go along for the ride, without a single skip.