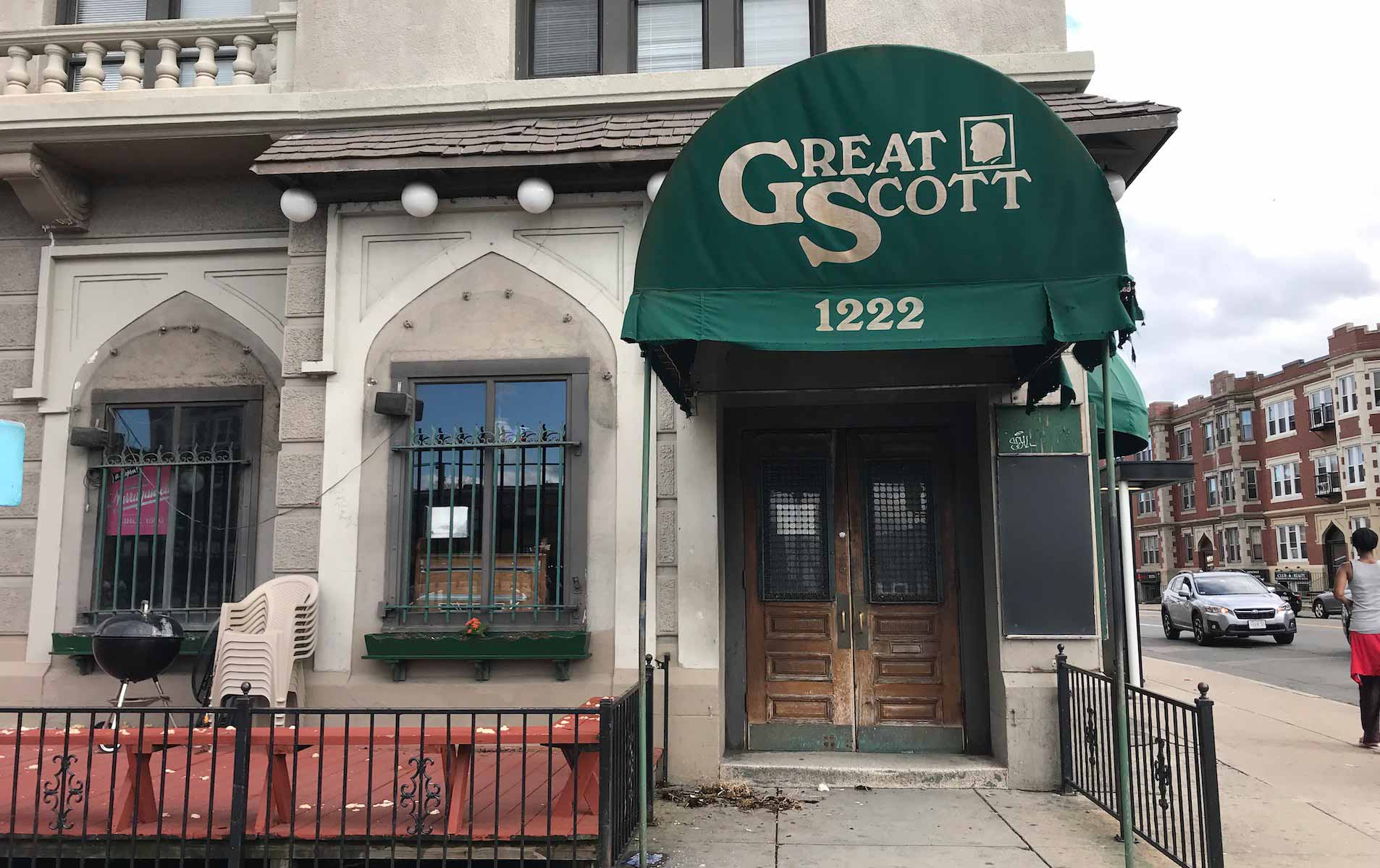 If you’re going to claim to “Know Your Scene” here in greater Boston, Great Scott simply can’t be left out of the picture.

When organizing the newest edition of Eye Design Records’ digital compilations, head honcho Ian McGregor wanted to create a tribute to the storied Allston rock club, which shared that it would not re-open following the coronavirus pandemic.

However, just last week, Great Scott booking agent Carl Lavin launched a campaign with Mainvest to save and re-open the venue. Suddenly, Know Your Scene Vol. 6 had a new mission.

Released on Monday (June 1), all funds from the compilation will go towards Great Scott’s re-opening campaign, which as of print time has netted more than $110,000 in investments in less than a week. The record features songs from 66 Boston- and New-England-based bands who have taken the stage at Great Scott over the years, such as Bat House, Shepherdess, Mini Dresses, Bad History Month, Black Beach, and Zip-Tie Handcuffs.

In addition to Know Your Scene Vol. 6, which is available to purchase on bandcamp, McGregor has also assembled a scrapbook of concert photos and artist reflections to honor the legacy of Great Scott. The scrapbook, as well as visual art dedicated to the club by Erin Shaw and Pamela Maguire, is featured on the website for Somerville deli Deep Cuts, which McGregor also co-founded.

“Great Scott was where I first started booking shows,” he shares in the digital scrapbook. “Those shows were some of my favorite times — from Horsehands playing the theme-song to Halloween and ‘Death’ came out of the bathroom to play guitar, to Kid Mountain and Pretty & Nice played sets out on the patio and the parking lot after the show, to New Year’s Eve with New Highway Hymnal, Fat Creeps, Yale, MA, and Color Channel closing the set with a balloon drop.”

“Aside from booking, Great Scott was my favorite place to see shows in Boston. Great Scott was more than a venue, it was a second home to many, especially local musicians and artists,” his statement adds. “That feeling was because of the staff that worked there. It’s still hard to believe they’re closed, I think once shows happen again that’ll be when it really hits me. For now we’ll just have to focus on all the pictures, videos, and stories to remember how great Great Scott was!”

Check out the compilation below, and flip through the scrapbook here.