V7: 7 stories & memories from the Vanyaland publisher you haven’t read 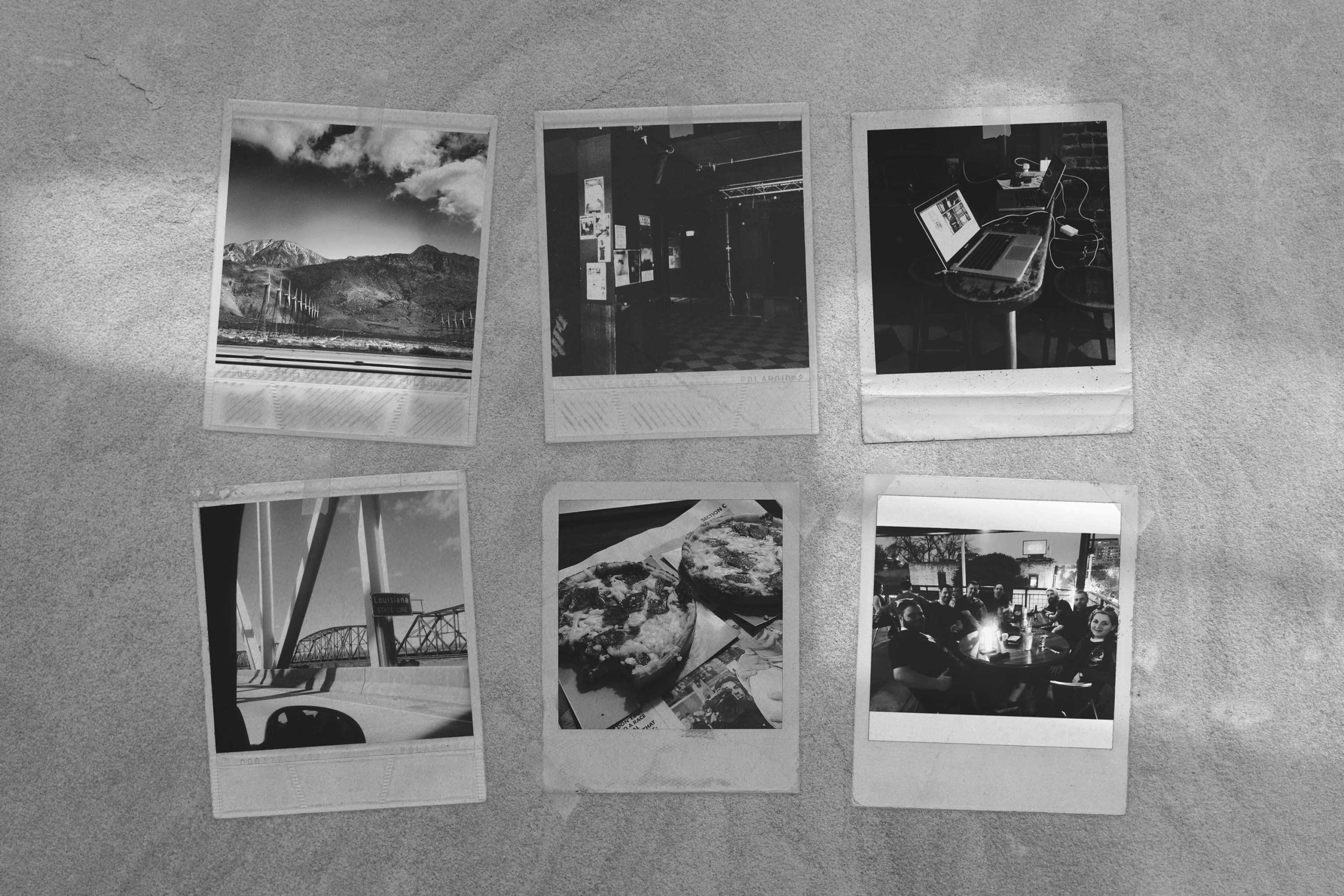 Editor’s Note: Welcome to V7, an all-day series on May 15, 2020 that celebrates Vanyaland’s 7th anniversary. We launched back on May 15, 2013 with a brand new publication and a livestream (yeah, before it was cool), and to celebrate the day, Vanyaland’s editors, senior writers, and publisher have offered up their own personal favorites from the world of music, film, and comedy. Below is a contribution from Publisher and co-founder Paul Armstrong.

To celebrate Vanyaland’s 7th birthday, we’re highlighting some of our favorite films, songs, bands, comics, and moments splashed with #F00084 HEX-ink, reaching to date more than 23 million people worldwide. Our journey over the last seven years has been quite the ride. Literally (hey, SXSW). So, on this special day, I wanted to take a slightly different approach and show you behind the digital curtain of Vanyaland, with the stories behind the stories.

1. It started by us not seeing that lifelike projection of the late rapper Tupac Shakur at Coachella

Michael and I first met at the WFNX Coachella house in 2012 where, I’m pretty sure, no one at the house saw more than five minutes of the actual Coachella lineup. He was moody. I was moody. We hit it off immediately. Over the coming months, we stayed in touch and exchanged countless emails about electro-pop bangerz, British music (I think we realized he’s more British than I am), and other random stuff.

Things got real — and sad — pretty quickly, when the news of the Boston Phoenix closing down was announced.

Looking back, it almost seems strange at how quickly this happened, but we turned the conversation from “Damn, the Phoenix closed. This sucks” to “Let’s launch Vanyaland“. Within two weeks, we were ready to launch Vanyaland.

I say it seems strange; then again, he was moody, I was moody, we hit it off immediately.

Vanyaland was very nearly no-mans-land. It was the day before the big launch and all was going pretty smoothly. I’d just landed into Boston, so was a little jet-lagged, but felt very excited about what was to come.

Michael and I had finished up a lunch time meeting at our new office *cough* Great Scott *cough* (BTW: shout out to Carl Lavin for letting us in on more than one occasion) and we were all set. Screw it, celebratory drinks are in order.

Around 5 p.m., suitably oiled up from said drinks and most definitely riding the waves of serious jet lag more and more, I decide to make one final edit to the site. Changing the tone of pink most likely.

…and… blank screen of death appears.

The entire site had gone. The back end. The front end. Every fucking end. Gone. No backups, no clue what to do.

To this day, I still don’t know what I did and I don’t think I told Michael this story until a few months in.

Miley Cyrus’s “Wrecking Ball” is undoubtedly the song that sums up life in 2013 for Vanyaland.

We were the new kids on the digital-publication-block. We kinda broke a few things, pissed a few people off along the way, but those views kept flying in. We walked (all over) the wire (heyo) and came out on the other side.

“Whenever I hear this song” says my wife, “I think of you and Michael swinging on a giant concrete ball together, naked.” She gets it.

Michael said he liked driving and I wanted to see the heartland of the good old USA. So, we set off on the nearly 2,000 mile journey.

I almost got into a fight with a Subway employee in Arkansas and quickly learned that people in middle America definitely don’t appreciate the English pronunciation of Tow-mar-to. The lady almost reached over the counter to punch me when I asked for “crisps.”

We made it and put on one hell of a show in partnership with Berklee College of Music.

Attached were a set of photos from a Great Scott show with The Colourist, The Wind and The Wave, and Night Terrors of 1927.

The first ever photos from Eddy Leiva had just hit my inbox.

“Hey Eddy, great to meet you”. I replied.

His love and skill for photography was clear from that moment. They were sent to be published minutes after. If you’re from Boston and in any way connected to music, you know what he did. He was incredibly talented. He absolutely had the eye. He hustled in that pit.

He was the beginning, the foundation, of Vanyaland being such a visually strong site.

He was a gentleman. He was modest. He was funny. He was Eddy; The best.

I know it might seem repetitive to have two SXSW stories, but this one needs to be told and I’m going to do so in blasts because I could go on until Vanyaland’s 8th birthday.

Michael, Victoria, and I set off from Boston to Austin around 5 p.m. on March 13, 2017. We were well aware of the reports of an incoming blizzard, but by setting off at this time we’d be through the worst of it by the time it… oh wait. No. No we won’t. Instead, we ended up smack in the middle of one of the worst storms in years and were left stranded for two days in the middle of Scranton, PA.

Those two days were a bit of blur, but I had my first (and last) Hot Pocket. Nasty.

We also took a walk to the local gas station at least four times, falling snow violently beating our faces every step of the way. Fun trip so far.

I’m also fairly certain it was at this precise time that we realized Victoria was Vanyaland through and through — talk about a baptism of fire.

One of the main reasons we decided to drive was due to a sponsorship deal with iZotope to (literally) road test their new device: Spire. The band we were testing the device out with were CONTACT — who were absolute troopers, especially considering they nearly died in a crash due to zero visibility themselves. After two days of being stranded from each other, we all eventually met up and headed straight into another potential death trap:

Turns out it was some of the best BBQ food we’d ever eaten (in hindsight, I’m pretty sure it wasn’t). Oh, and the cops also turned up due to a report of out-of-towners wearing all black. With memories of Subway in mind, I kept my mouth shut and just smiled.

We finally got to Austin around 3 a.m. on the day of the show and checked in the wonderful La Quinta-Inn which was heavily discounted due to the incident that took place a few weeks earlier.

As usual, SXSW was a blur, but I’m pretty sure we successfully broadcast a full live music show, ate guacamole at Iron Cactus, and then called it a day.

We were on the road around 5 a.m. the next day. Straight shot of driving back to Boston exclusively powered by Red Bull and Clif Bars.

7. The story that has yet to be published

In a time where independent institutions are closing down far too often, it’s vital that we make as much noise as possible to the powers that be. It’s important that we remember the amazing memories they provided us with.

It’s also important to look at what we have now in the way of media outlets that continue to cover the local scene. I’m not just talking about Vanyaland, I’m talking about all independent outlets in New England. DigBoston. Allston Pudding. KillerBoomBox. The list goes on.

The Vanyaland editorial team, led by Michael, step up to the plate each and every day covering Boston and beyond. This isn’t a half truth or a boastful comment. It’s the reality (just look at the number of pieces of content that are published).

So, story number seven has yet to be published, but I know it’s already brewing in the minds of our incredible editorial team just waiting to be posted and splashed with a little #F00084.

As Vanyaland turns seven, I’m pausing to look past the text on this very page and to the people who have made this all possible.

To our readers, thank you.

To every contributor, especially the core team of Victoria, MC, Nick, Jason, thank you.

To MM, thank you.