‘Why Don’t You Just Die!’ Review: A gory and good Russian comedy 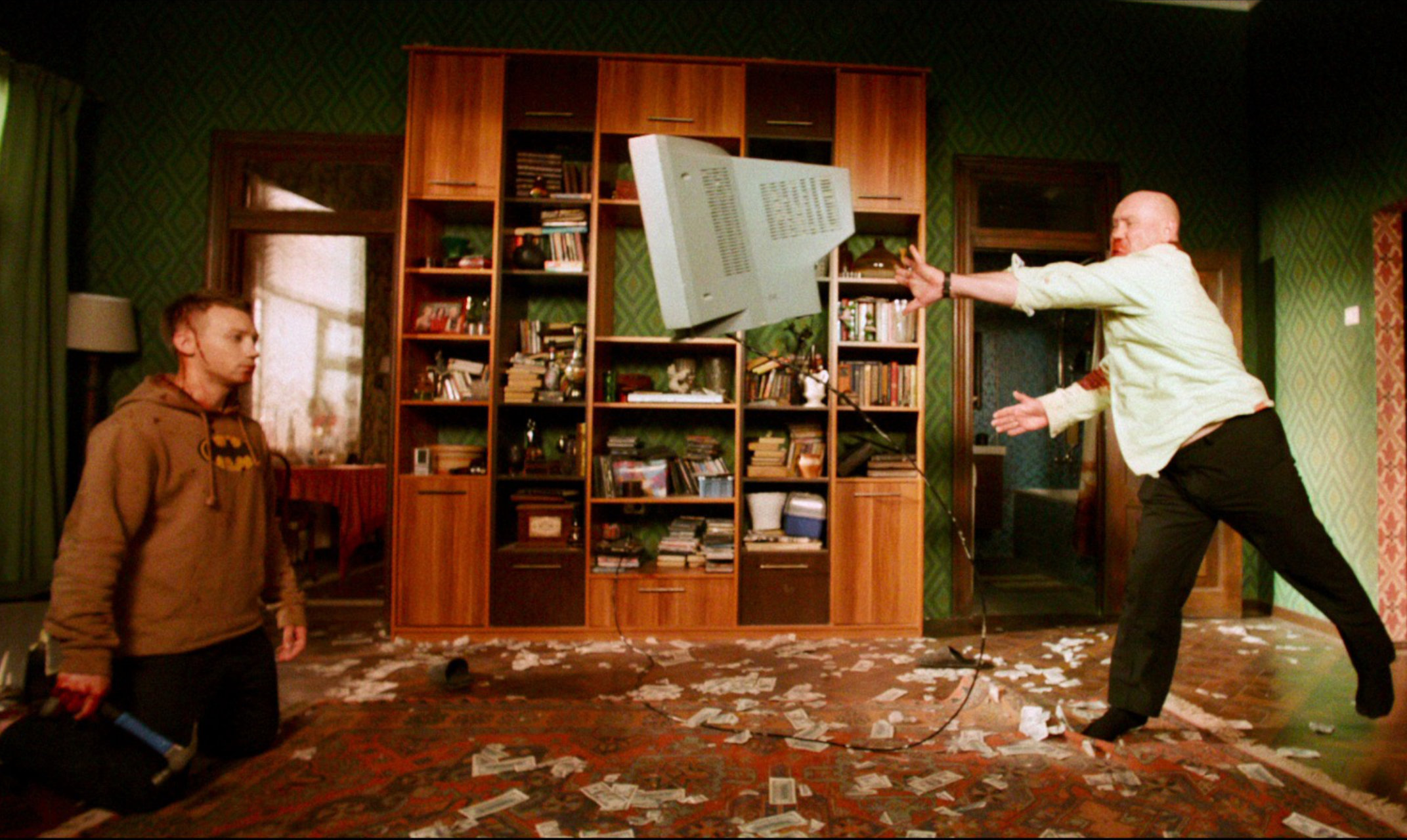 If you lived through the ’90s, it’s practically guaranteed that you’ve probably seen dozens of films like Kirill Sokolov’s stylish and fun crime comedy-thriller Why Don’t You Just Die!. Set primarily in a single location, told in achronological order through a variety of flashbacks, and featuring a whole hell of a lot of blood, it feels similar in practice to some of the dozens of Tarantino ripoffs that filled multiplexes and stocked Blockbuster shelves back when Pogs were still a hot item and Bill Clinton’s sex life was the only cause of national panic. But Sokolov’s hyper-kinetic and cartoon-like direction owes more to Edgar Wright and Joe Dante than it does anything else, and this particular combination of style, subject and sense of humor makes for something that stands out in today’s genre landscape. Had it come out 20 years ago, it might have blown minds, but right now it’s just a very solid little film.

We meet Matvey (Aleksandr Kuznetsov), a young Russian man, as he stands outside of an apartment door, clutching a hammer in his hand, praying that no harm comes to him as he prepares to kill the man who will answer the door. He’s here at the urging of his girlfriend, Olya (Evgeniya Kregzhde), who wants him to murder Andrey (Vitaliy Khaev), her abusive father and a popular police detective, so that she can put his awful actions behind her. But Matvey can’t bring himself to do it immediately, so when the door opens, he winds up sitting down at the dining room table with the man whose head he’s about to crack open. Andrey’s a tough customer — a self-righteous, smart and violent narcissist — and he soon figures out that the kid is here to kill him, though he doesn’t quite know why. The pair get into a wild, exaggerated fight, with cathode-ray televisions hurled across the room, and, eventually, Matvey is taken captive by the detective. From there, a web of corruption and lies are exposed, and Andrey’s world begins to collapse like a house of cards, but with a lot more blood and gristle.

To say that Why Don’t You Just Die! isn’t for the squeamish is putting it lightly, and I imagine that the film’s blood-and-guts budget cost more than a whole lot of mumblecore comedies’ entire production. That effort isn’t wasted in the slightest, given how willing Sokolov is to make you squirm and smile in equal measure. His action direction is top-notch, and the sequence outlined above where Andrey and Matvey struggle over a hammer and a shotgun in the former’s small apartment is sublime. Its choreography is fast-paced and frenetic, full of goofy little details and actions, like when Matvey is shoved through a wall, ass hanging out Winnie-the-Pooh style into Andrey’s bedroom where his wife cowers from the devastation, each and all worthy of their own laugh. A number of other reviewers have compared it to Looney Tunes, but I specifically want to say that it feels like a Tex Avery cartoon, wild and unhinged, and it’s a ton of fun.

It’s somewhat sad that this sequence is pretty much the only full-on action in the film, but it’s enough to sustain the following 80-odd minutes of revenge-filled plotting, which is stacked with laugh lines and torture in equal measure. This is the kind of film where, having just been fatally gutshot, a character will stand up and deliver a ridiculous five-minute monologue as his guts spill out of his chest before collapsing. And as things get darker and darker, they only get funnier, as Why Don’t You Just Die! takes on the trappings of a Martin McDonaugh black comedy, only with a particularly Russian sense of ironic fatalism. It ends a bit too conveniently, perhaps, but that’s very much in line with its worldview — money ruins everything, especially men’s hearts — and as such, it’s a very amusing little film, one smart enough to know you’ve seen something like it before and to try and do something reasonably formally innovative to keep you entertained.