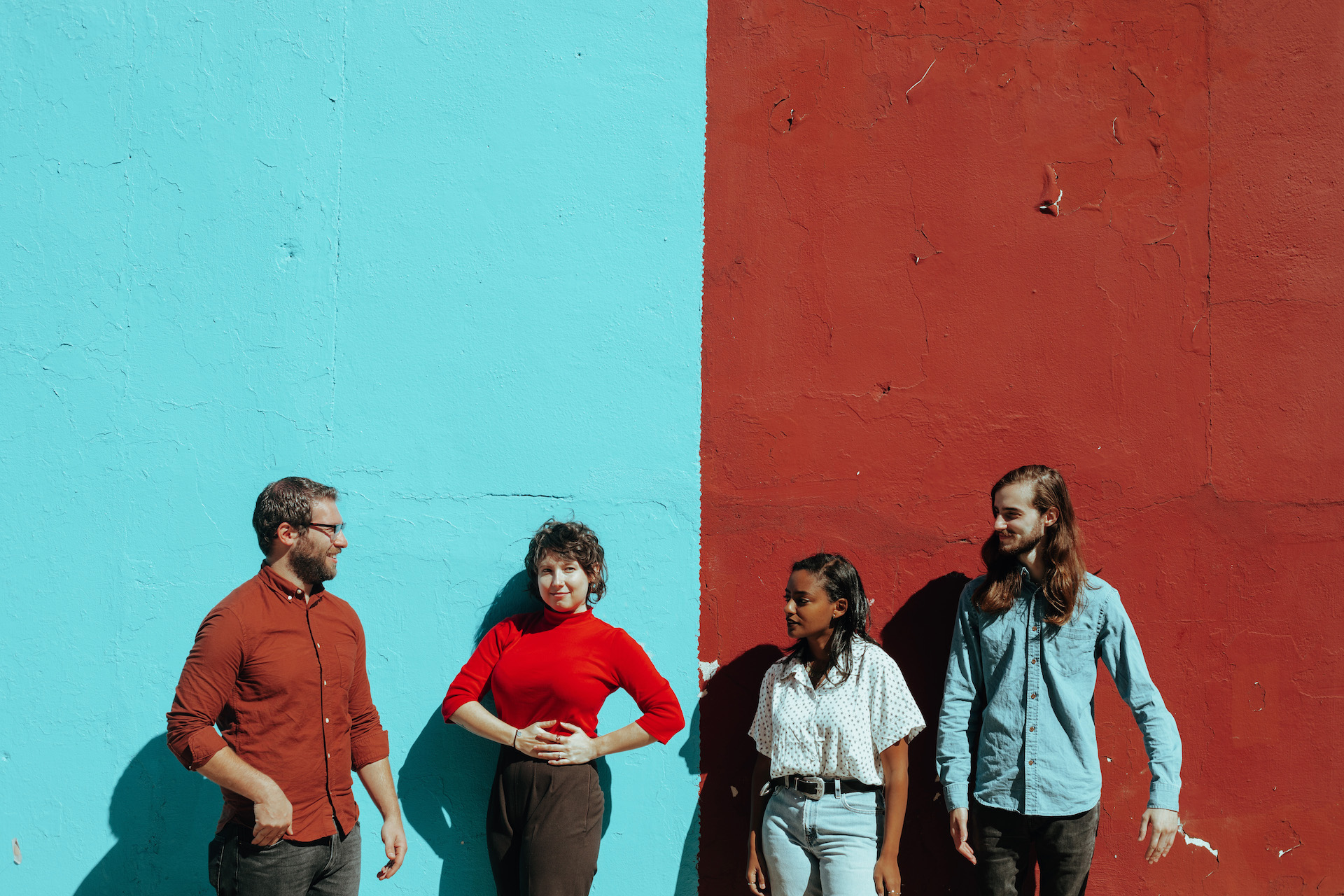 There’s a not-so-secret design rule in the music video world that goes something like this: “When in doubt, Wes Anderson or John Hughes it out.” For NYC’s Forever Honey (f.k.a. Queue), the group chose the latter aesthetic for planning their new vid called “Christian,” released today (February 21). Utterly moody and flush with luscious dream-pop guitar licks, the new release unintentionally makes for excellent indie flick soundtrack fodder, while also setting the tone for the band’s debut EP Pre-Mortem High, due out April 24.

“Since ‘Christian’ is a pretty hook-laden, poppy song, we really wanted the music video to complement it in a kitschy, flamboyant way,” the band shares. “To us that meant channeling the worlds of John Hughes and New Romantic fashion.”

Hit the post-punk dancefloor with “Christian” below.