Sundance 2020: ‘Miss Americana’ takes us behind the music with Taylor Swift 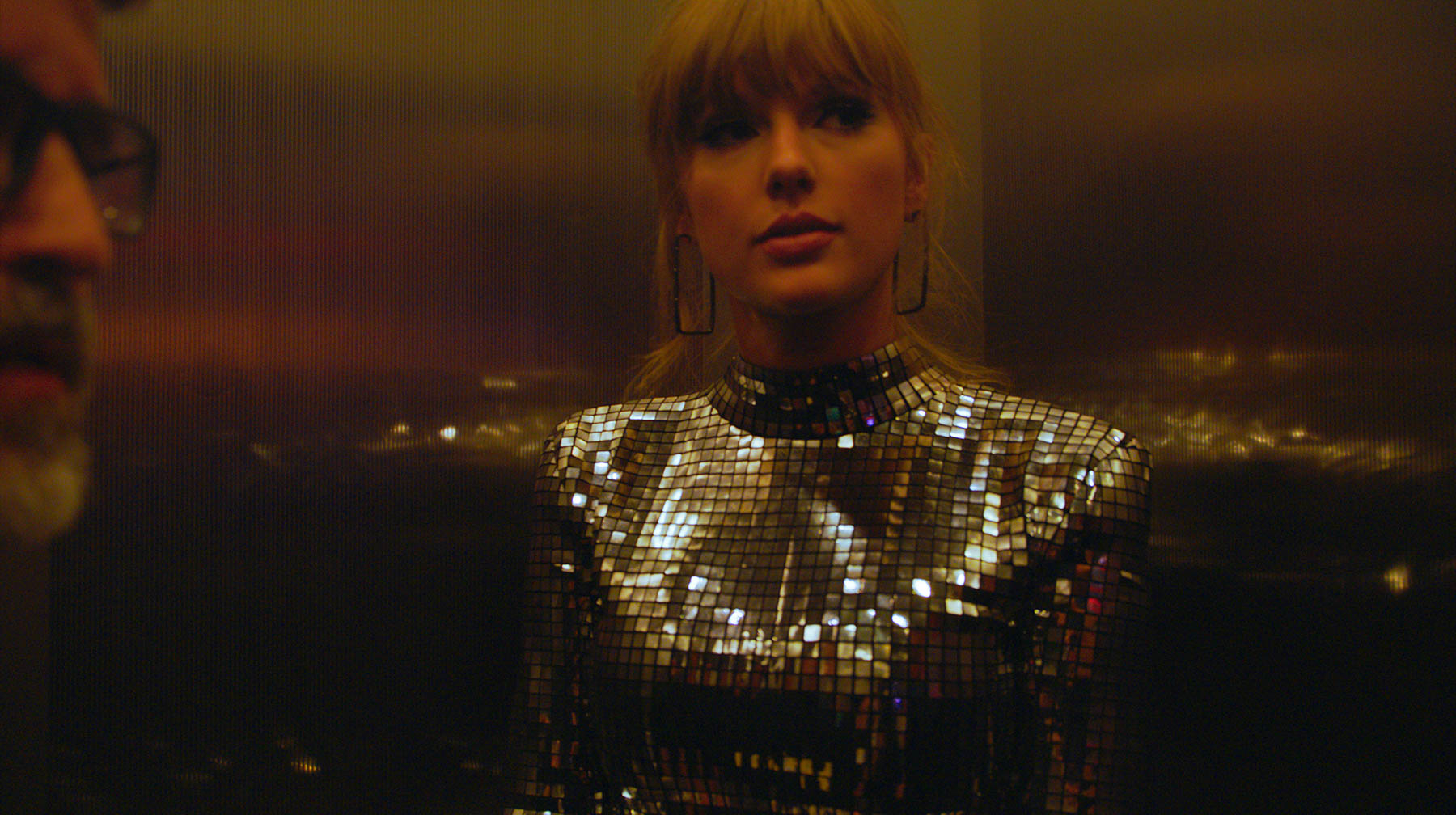 One always forgets just how many people it takes to make a pop star, as an early shot in the Taylor Swift documentary Miss Americana makes abundantly clear. Her nearly 20-person-strong “team” dwarfs her in a conference room, as she announces plans for her new record, which, at that point, was only in the conceptual stage. She’s pressed on the album’s length, not having even put pen to paper, and tells an associate that it should be “16 to 20” songs. It’s somewhat of a comeback for the singer/songwriter, having been stunned by the (very relative) failure of her last album, Reputation, and we witness her react to her Grammy snub that year as well to drive home how far she believes that she’s fallen. Director Lana Wilson then cuts back to home videos of a very young Swift performing her first songs for the camera, of which her undeniable charm, distilled to its most genuinely precious, radiates from the screen. That was just her and a guitar and a camcorder, and Wilson wants us to know that the person who began on this journey is merely just a grown-up version of that kid, dealing with the struggles of fame and her status as a gossip column icon. In essence, Miss Americana is an exercise in watching a person turn into a corporation, and even though every one of its “raw” details feels pored over by a thousand eyes, it’s still a relatively interesting watch.

A whole lot of Swift’s early work was defined by her authenticity — in an era of overproduced pop-country farmed out to a thousand and one ghostwriters, it was, in fact, novel to have a young woman on the stage performing songs that she herself wrote — and her transition into pop music (assisted somewhat by Kanye West making her even more of a household name at the 2009 VMAs) both propelled her into a different strata of superstardom and distanced herself from her original draw. That, she believes, is where the “fake” accusations came into play, and she still regards West with some measure of frustration seeing him as a part of the formative trauma that sent her on the path to where she is today. It is relatively sad to see old footage of Swift, directly after the VMAs, looking so hurt and devastated when she’s being asked about the incident. She just wanted to be loved, and at that moment, on that stage, she couldn’t tell that the boos weren’t for her. Wilson makes her anxiety feel relatable — to a point, that is — though there’s still a guard up even at its most unfiltered. It’s hard to be real when you know that there’s a camera in the room, after all.

After summing up Swift’s career to the point of her retreat from the public eye, Wilson presents somewhat of an apologia for Swift’s previously apolitical stances on issues before diving headlong into the specifics of her campaign to prevent Marsha Blackburn’s election to the US Senate in her home state of Tennessee. Admittedly, it’s a reason that I’d never considered going into the documentary: Swift’s country roots — and her initial success as a performer — coincided with the downfall of the Dixie Chicks, who, famously, got pilloried by their fans in the aftermath of them making their feelings known about George W. Bush right as he was about to plunge our nation into a forever war. That undoubtedly would make an impression on a young person who just merely wanted to be liked by their audience, and that type of protectionist stance feels natural when glimpsed through that lens. But she now feels compelled to act, her own experiences with sexual assault (which is briefly covered in the film) having given her a purpose. A scene where she defiantly tells her managers (and her family) that she’s planning on endorsing candidates, paired with a scene earlier when she mentions her long-term stalkers (one who even went as far as to break into her house to sleep in her bed) puts it somewhat clear that these choices do come with consequences more tangible than lost record sales.

Those attempts at re-writing Swift’s public story don’t always succeed: It is a bit frustrating watching her grow a political spine in what feels like real time, a luxury that most are deprived of thanks to circumstances beyond their control, and, again, to watch Miss Americana is to understand that it is a compromised product, which means Wilson can never quite go as hard as she might like. But, when in doubt, the director can fall back on the doc’s real draw: Footage of the singer working in the studio on the tracks for Lover, which are full of creative life and spark as she figures out catchy hooks and lyrics in front of our very eyes. There’s a palpable excitement to those moments, and it makes Wilson’s (and, to a lesser extent, Swift’s) point about the singer essentially being the same person she was all those years ago much stronger when we can observe it for ourselves.