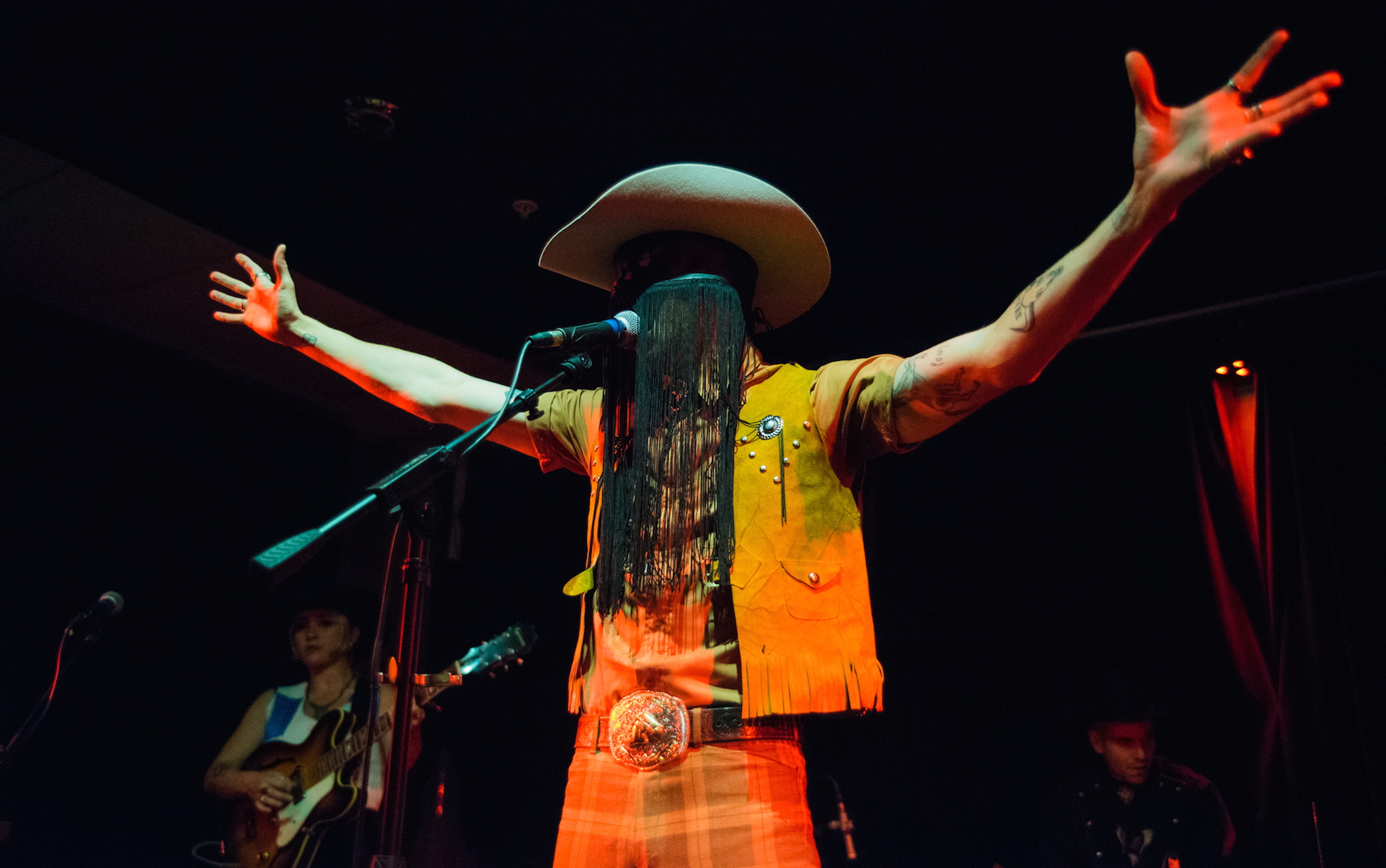 This needs no introduction: 2019 was an absolutely incredible year for music. New heroes emerged into the mainstream (Lizzo, Lil Nas X), old favorites resurfaced (Sleater-Kinney, Miley Cyrus), and a masked country crooner named Orville Peck deposited a little bit of “yeehaw” in all of us. Via our daily New Sounds and Fast Tracked columns, Vanyaland has hyped countless songs over the past 12 months, but below are 10 that our music editors have listened to the most in 2019. It was damn near impossible to whittle this list down to 10, but Editor-in-Chief Michael Marotta and Music Editor, Boston Victoria Wasylak each selected five of their most standout tracks of 2019, selections that dominated their playlists in a year where there was no shortage of musical greatness.

Arch of Love, ‘Light In Your Eyes’

In a city mostly known for hip-hop and guitar-rock, Philadelphia’s electronic music scene is coming into view on a national level. 2018 saw the synth-pop emergence of Korine, and this year welcomed Arch of Love to playlists stretching far beyond the Delaware River. The duo of Chelsea Brennan and Chris Schackerman rolled out a string of singles over the course of 2019, culminating in December’s wildly enchanting “Light In Your Eyes,” a cross section of where electro, modern rock, dream-pop, and post-punk all intertwine; Brennan’s hypnotic vocals swirl over Schackerman’s emotive guitarwork, telling two sides of the same story. It’s a dance that has us frozen still and flailing wildly all at once. — Michael Marotta

Oh, honey, Black Mirror really burst the bubblegum balloon of the pop industry with this one. Created specifically for an episode of the hit Netflix series, “On A Roll” interpolates Nine Inch Nails’ “Head Like A Hole” for a deliberately assembly-line-sounding bop, performed by fictional starlet Ashley O. Or, as we like to call her in this timeline, Miley Cyrus. It’s vapid, debatably unoriginal, and relentlessly catchy — not to mention hypothetically “not real,” which means you can indulge in “On a Roll” as much as you want, guilt-free. At only 2 minutes and 30 seconds long, this is a track whose sci-fi spell begs you to hit play again. And again. And again. And again… — Victoria Wasylak

Body of Light, ‘Time To Kill’

Darker sides of synth-pop and post-punk had a moment in 2019, and American label Dais Records led the way via essential releases from Drab Majesty, Tempers, and Cold Showers. But it was Body of Light’s July album Time To Kill, and its searing title track, that perhaps proved the most definitive. The Arizona duo of brothers Andrew and Alexander Jarson birthed Body of Light from the Copper State’s Ascetic House collective, and while the entire LP shows off a skilled set of darkened dance music, it’s “Time To Kill” that instantly feels timeless, echoing the best of the classic Different Drum-era of the long-gone ’90s synth scene with traditional EBM bass grooves and punk-fueled fits of modernized electronic-pop. — Michael Marotta

Some say music journalism is dead in this digital age, but ultimately it is still exposing great bands to the masses, albeit sometimes in inadvertent ways. Case in point: Over the summer, Pitchfork reviewed Dude York’s new album Falling, with less-than-favorable things to say about it. When tweeting out the review, the ‘Fork (maybe?) tried to be slick and not get the attention of the Seattle band by failing to tag them. But Dude York noticed it, and fired back “@ us next time cowards”. That exchange caught our attention (and plenty of others), and it led us to discover one of the best guitar-rock albums of the year, led especially by its title track, a noisy cruiser of an alt-rock and power-pop jam rife with youthful nostalgia and innocent love born from driving around in an old car and listening to our favorite songs. Now we’re doing exactly that to “Falling.” — Michael Marotta

Grimes, ‘My Name Is Dark’

It wasn’t supposed to happen like this. There was every possible indication that Grimes would easily land at the top of the Vanyaland heap for her collaboration with i_o, the airy battlefield cry “Violence.” But then Thanksgiving rolled around, and shortly thereafter, the Canadian art-pop maverick released “My Name is Dark,” a dark synth jam and her strongest single to date this year. The chorus brims with one-liners — for instance, “I never trust the government / And pray to God for sure, yeh” — but it’s the eerily chipper declaration of “I don’t need to sleep anymore / That’s what the drugs are for!” that knocks this track out of the ballpark and into Grimes’ fantastical dystopian universe. — Victoria Wasylak

January 4, 2019 is when the deluge started: The extreme outpouring of self-assured disco that would open the floodgates and cause Lizzo to be launched to superstardom. While everyone is finally discovering the brilliance of years-old songs “Truth Hurts” and “Good As Hell,” it’s “Juice” that broke the levee earlier this year, as Melissa Viviane Jefferson prepared her long-awaited major label debut with Atlantic Records. Sure, it might have been “Truth Hurts” that rocketed her to the number one spot on the Billboard Hot 100, but the electrifying nectar of “Juice” simply can’t matched. Bottoms up. — Victoria Wasylak

Music still has the potential to take a single moment and crystalize it for a single person’s eternity, and that’s what happened on June 2 of this year. It was the day Miss June’s furious “Best Girl” first crashed this writer’s headspace, planting a flag of residence and refusing to vacate in the months since. The New Zealand garage rock band’s “anthem for anyone who has been misled from birth, into battle for a spot that doesn’t exist” is a full-fisted jolt of beautiful aggression, propelled by an instantly-memorable sing-shout chorus of “It’s a bad luck party / And nobody wins but me.” What a fucking tune. — Michael Marotta

The man. The myth. The legend. However we view Orville Peck, one thing is certain around all the mystery: The masked, queer, goth country crooner owned 2019 with his March album Pony, a masterclass in songwriting craftsmanship that blurred both genre lines and gender roles, and brought country music to the doorstep of those who never embraced it. “Turn To Hate” is one of many iconic early Orville Peck songs — “Hope To Die,” “Dead Of Night,” “Winds Change” all warrant mention — but it’s perhaps the defining slice of Pony; a rodeo of emotive bliss that’s as spellbinding after a thousand listens as it is the first. Orville Peck could be gone tomorrow, or he could be president in 2030. But he’s got the horses in the back, and a saddle for everyone. As we wrote back in June, Orville Peck is an obsession. — Michael Marotta

For all the “pockets of grace” that Sleater-Kinney’s new record The Center Won’t Hold supposedly has, lead single “Hurry On Home” is not one of them. Clashing with “unfuckable, unlovable” drama, SK rage on this gritty return-to-table-flipping-form. Add in production courtesy of St. Vincent (those background moans are really… something), “Hurry On Home” both ushers in the newest era of the treasured northwest band’s music and solidifies their lasting riot grrrl legacy. “You got me used to loving you,” indeed. — Victoria Wasylak