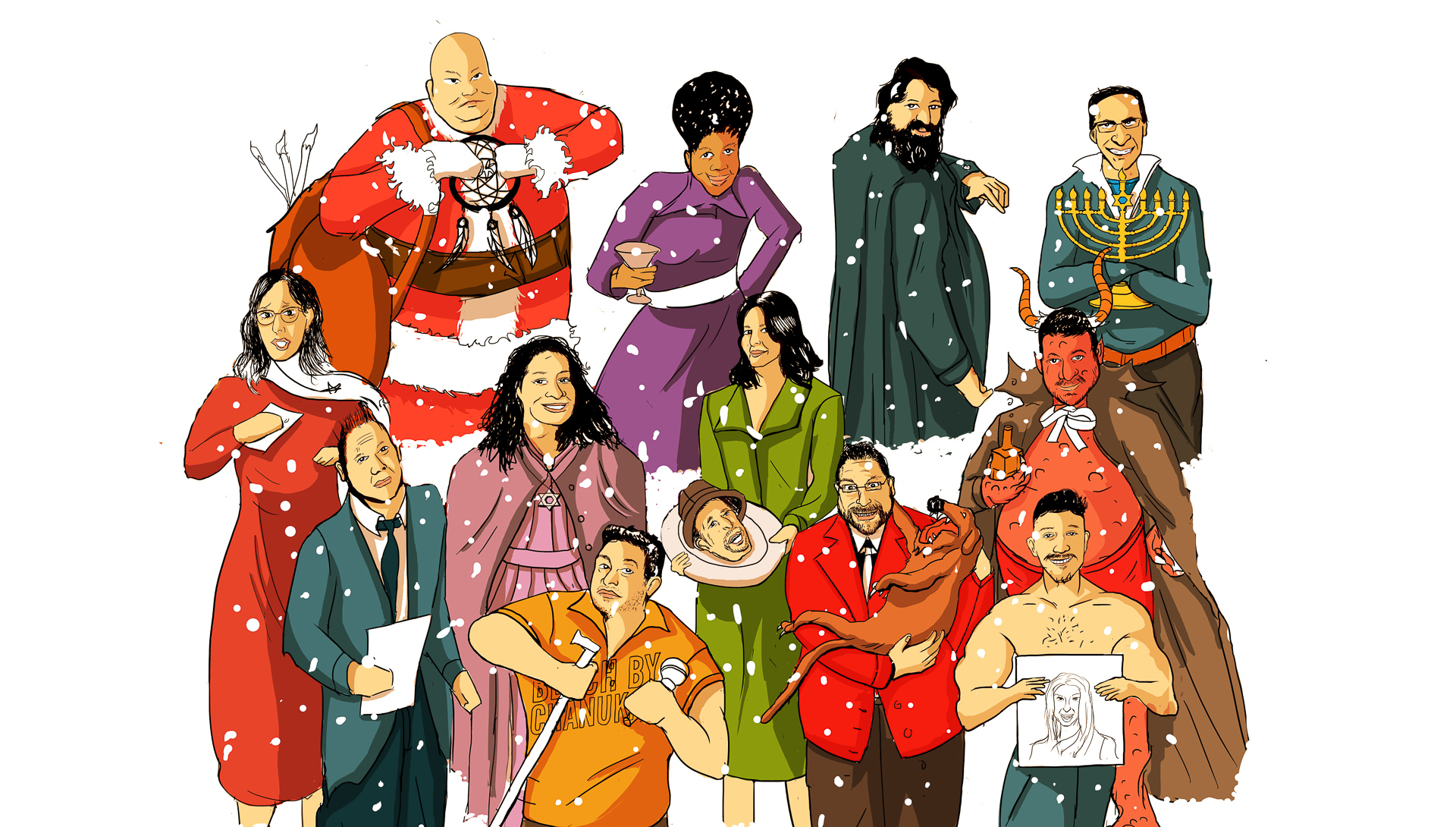 It’s certainly been one hell of an inaugural year for Jim Serpico and his Virtual Comedy Network label, and he’s hoping to help you end your 2019 on a high note, as well.

With Silent Anxiety, a comedy compilation for the holidayphobic, as they put it, that drops today (December 13), Serpico has brought together a plethora of comedians to shed light on the complexities and foibles that make the holidays so unique — and sometimes dreadful — for everyone. And while he knew it would be a real potpourri of viewpoints, the Long Island native was pleasantly surprised to see the direction in which the album’s material wound up traveling.

“I wanted to try and put something together for the holidays that showcases someone’s different point of view as to what the holidays mean to them, because it’s not always rosey and happy, but sometimes it is, and I just thought that, from the minds of these comedians, you’d get some interesting takes on how they relate to the holidays, whether it be through loneliness, or depression or the anti-holiday,” Serpico tells Vanyaland. “Some people on the album get into some heavier topics like religion and abortion, and it’s just really interesting where it ended up.”

Billed as Christmas in July, the album was recorded live on July 2 at the Comedy Cellar’s Village Underground, and features a dozen comics, including Robert Kelly, Jessica Kirson, Jared Freid, Mateo Lane, and Sean Patton, just to name a few in the power-packed lineup. Serpico put the show together with the holidays in mind, of course, but also with the hopes of working not only with comics he’d already worked with in the past that he knew would deliver, but to also build relationships with the comedians he hadn’t yet.

Sure, he put together a banger of a lineup that he felt would be the best fit for a project like this, but even so, what Serpico loves about putting these types of projects together is the fact of how easy it really is.

“It’s our record label and our distribution outlet, and we can come up with a concept, approach people with it, go produce it ourselves, and get it out to over a hundred streaming networks,” says Serpico. “To come up with the idea and see these things come to life within six months is excited, as opposed to what we have to go through when we’re developing television or pitching specials.”

There’s no telling what’s next in store for Virtual Comedy in the new year, except for a reissue of Don Gavin’s Live with a Manhattan in January, but Serpico is hoping that Virtual Comedy’s last project of 2019 helps to serve listeners in more ways than just supplying laughs through what can be rough terrain during the holidays.

“I just want listeners to be able to disconnect from the stresses they have in life, and enjoy themselves in the moment when they listen to this record,” says Serpico. “Hopefully there are certain tracks that connect with individuals, and I hope it’s something that they would pass around to their friends, as well.”