﻿‘Space Force’ is one small step for man, one giant leap for Boston Comedy 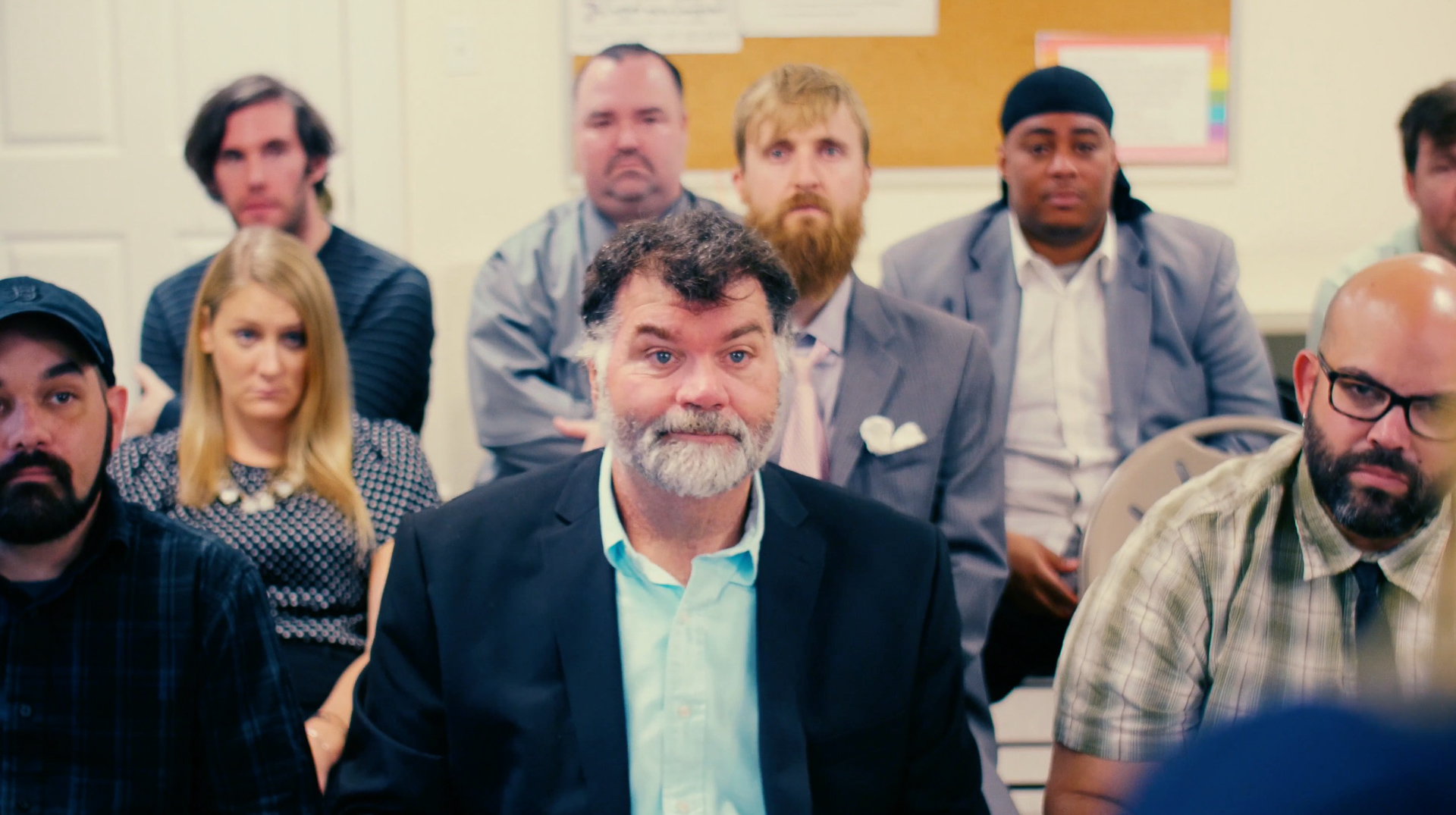 After six months of production, shooting at 12 locations in seven cities, and working with nearly 30 actors, the latest brainchild of Rob Pooley and Luke Jarvis has touched down — and they’ve employed a plethora of Boston’s comedy voices to help deliver it.

Dropping on every platform that allow videos this past Saturday (November 2), Space Force is the latest project from the longtime creative partners’ production company, Tres Gatos, and represents what Pooley calls their “most ambitious project to date.” While there is a heartfelt force that drives the short film, as well as a treasure trove of starring roles and cameos featuring some of Boston’s most exciting comedy voices (like Tony V, Will Noonan, Tricia Auld, and so many others), it’s the cheeky nod to the initiative proposed by the Trump administration that, in the eyes of Pooley and Jarvis, makes for great comedy. Actually, the administration’s “space force” remark ignited the idea for the duo in the first place.

“Space Force is a ridiculous idea, and we felt like it deserved a ridiculous treatment,” Pooley tells Vanyaland. “Growing up, Luke and I were obsessive fans of The Simpsons, and our dream has always been to bring that same anything-goes, off-the-wall-but-with-a-heart sensibility to live action. Hopefully that’s true of Space Force. We think there’s a lot of clever jokes, but also an emotional through line that resonates with viewers. The character Barney is kind of a real-life Homer Simpson.”

Pooley, a stand-up comedian who runs Bill’s Bar Comedy when he’s not wearing the producer hat, utilizes nearly two dozen of his comedy contemporaries in the film, giving a nod to what he feels is one of the best comedy scenes in the country. But, as the film industry has grown in Massachusetts, he and Jarvis feel very fortunate about the fact that they were also able to work with some highly-skilled local actors and actresses, such as Drew Cooper, Shannon Ashe, Jacqui Dupre, Chuck Schwager, and Kayla Caulfield.

However, even with all of the professional acting chops making up a majority of the film, Pooley admits that the film wouldn’t have even been a thing had it not been for the comedic and acting genius of the film’s lead actor, the legendary Tony V.

“The lead role of Barney was written exclusively for Tony V. We simply wouldn’t have made it without him,” says Pooley. “He’s a stand-up comedy legend with unmatched talent and experience, and he’s been a scene stealer in countless films and TV series for more than 30 years. The moment he signed on, we knew we had the chance to make something really special.”

The creative wheels that keep Pooley and Jarvis going haven’t slowed down any with the premiere of Space Force, as they are already in the post-production stage of their next project, which they will be bringing to film festivals in 2020. But even as they push full steam ahead to the next creative journey, Pooley is hoping that viewers will be intrigued by their latest film, and feel something that will keep them coming back to Tres Gatos products from here on out.

“We hope people appreciate seeing something that’s funny, heartfelt and stylized, and that they click onto other projects in our vast library,” says Pooley. “We also hope Steve Carrell sees this and realizes his Netflix series can’t possibly top it.”