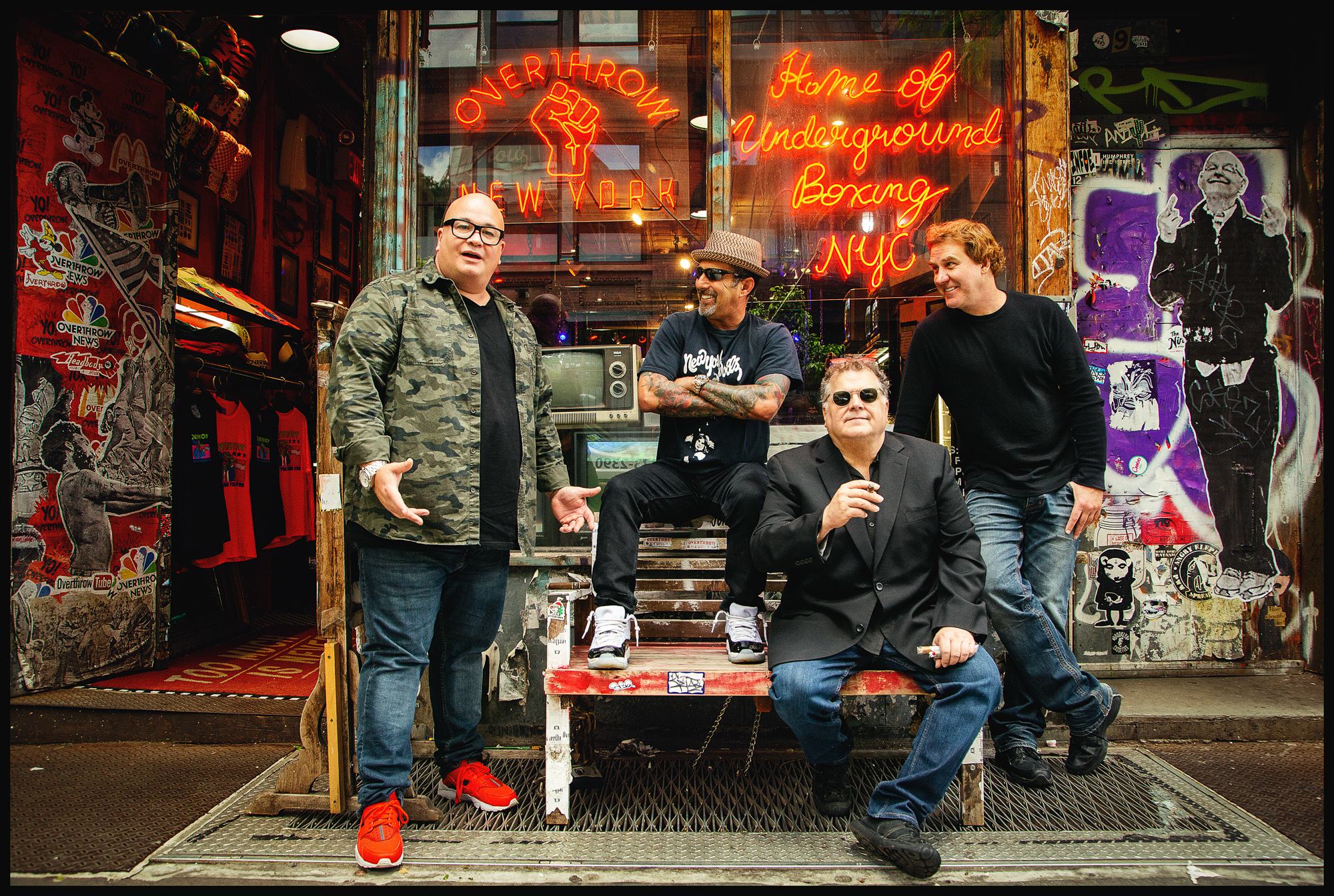 Robert Kelly, Rich Vos, Jim Florentine and Ron Bennington deliver a little bit of everything for everyone at The Wilbur this weekend

Robert Kelly hasn’t been home in a minute, but he’s excited to finally be making his way back to Massachusetts, and this time he’s brought some friends.

Being able to bring the Kreeps with Kids tour all around the country had been a dream of Kelly’s since starting the show at the Village Underground in New York three years ago. Now, as he readies to bring the show to The Wilbur Theatre on Saturday (October 26), joined by Rich Vos, Jim Florentine and Ron Bennington, he’s just genuinely excited. Not only to return to a format he hasn’t hasn’t done since Opie & Anthony was still a thing, but above everything, he’s looking forward to seeing how fans react to the absolute killers that will keep the stage hot throughout the evening

“To see something that I put together out of an idea come together like this and become an 18-city tour across the country, it’s pretty epic when you think about it,” Kelly Tells Vanyaland. “Being able to bring it to my hometown is just nuts. I’m just excited for the fans in Boston to see this show, and it’s just going to be an epic night.”

Kelly is excited for the homecoming aspect, sure, but he’s also just excited to share the stage with some of his best friends in the game. With four different comedy voices taking the stage every night, there’s going to be a little something for everyone, and for Jim Florentine, the ability to finally get together after traveling in four different directions all the time is truly something to be celebrated.

“As a comic, you always want to do shows with your friends, but we’re always doing different in parts of the country, and we rarely get to work together, so this is definitely going to be a lot of fun,” says Florentine.

With the help of Bennington, Kelly grew the show into what is now spreading all over the country over the next few months and spilling into the new year. Sure, each comic on the bill is a “murderer” on stage, as Kelly puts it, and he knows that the individual sets are top notch. But, when it comes down to it, the best part of the night for Kelly is the panel afterwards that allows the guys to explore anything and everything in the world of parenting, married life and balancing all of that with a life on the road, and he wouldn’t have anyone else lead the charge for that portion of the evening other than Bennington.

“Ron is an absolute master at leading people into the funny. The audience can participate, and it’s just hilarious to be on the spot and talk about this stuff candidly, about being married, about being a certain age, about doing the road, and having a kid,” says Kelly. “I mean, Vos used to do crack, and Florentine was a fucking lunatic, same with Bennington, and I’m a recovering alcoholic and addict, and here we are as fathers, husbands, and grandfathers. We’ve changed, but we’re still lunatics, and we’re the best parents ever.”

With as much as experience as he has in producing these types of shows, having done a number of them over the years since leaving Boston for New York many moons ago, Kelly knows that not everyone comic on every show will be as strong as the others they’re sharing the stage with that night, but when it comes to this lineup, he has zero complaints. Not only will each guy bring their A-game, but in doing so, Kelly acknowledges just how much it affects the outcome of each of their sets, and how hard each of them will have to push themselves in order to keep the energy night in and night out.

“There’s no safe spot on this show. Wherever you land, you’re gonna have to kick ass,” says Kelly. “If I go up after Vos, then he’s going to kill. If Florentine, goes up after me, then I’m going to kill. All of these guys are twenty-something year veterans, and we’re having fun backstage and fucking off. Yes, we’re ready to go out and kick ass and we’re making sure that we don’t bomb, because if you take a hot one on this show, you’re going to get messed with. We’ll probably walk out on stage and hug you. That’s the best part of this show. We can do whatever the fuck we want out there.”