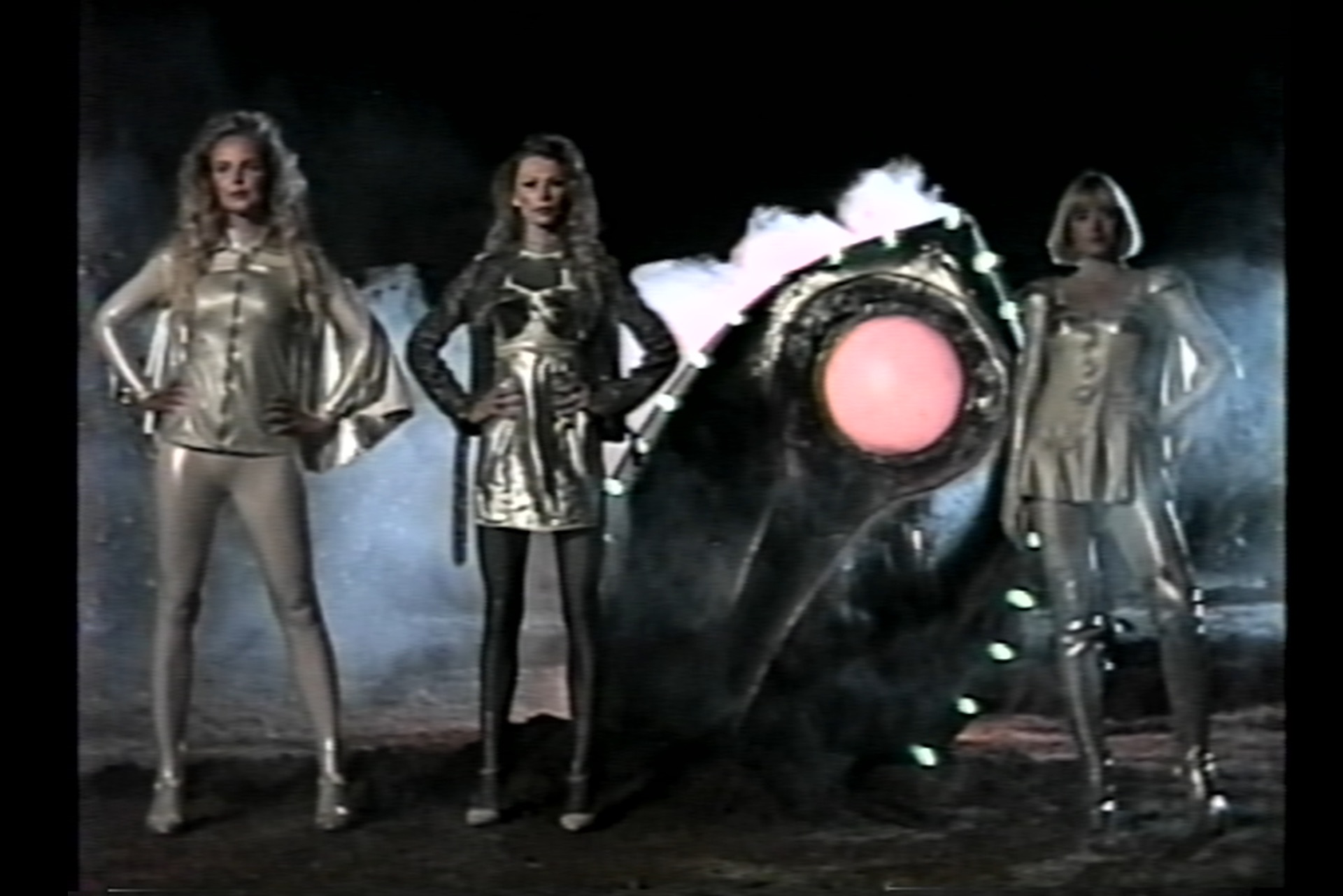 Seemingly nepotic vanity projects like Jack Henry Robbins’ VHYES are the kinds of films that critics can’t normally wait to sink their jaws into, in order to shred them apart in a fury of righteous indignation and frustration. For instance, remember how Bryce Dallas Howard’s Dads was received in advance of its TIFF premiere earlier in September, when it was selected to be a part of the Documentary slate at one of the world’s most prestigious festivals. Keep in mind that this was programmed alongside Ed Norton’s Motherless Brooklyn, one of the most blatant tributes to an actor’s own self-esteem to make it to mainstream screens in recent memory, but, at least in the lead-up to the fest, it was the dumb fluff documentary, rather than the high-budget puff piece, that drew the most ire from those covering the fest.  Much like in music, for each Frankie Cosmos, who manages to touch a wide audience through talent and  skill, there are tens of thousands of Gene Gallaghers and Giles Martins out there in the worlds, coasting on name-brand recognition and passes from the critical press.

So, perhaps you can understand my skepticism at the prospect of watching the son of Tim Robbins and Susan Sarandon do a 72-minute anthology comedy tribute to the VHS era. But as VHYES unspooled in front of me, I found myself really falling in love with at least some of the film. Shot on actual VHS tape on era-appropriate materials, Robbins’ film tells the story of young Ralph, a 12 year-old kid living in the late ‘80s who’s given a camcorder by his parents as a Christmas gift. Of course, he goes about filming his day-to-day life over a seemingly-blank tape (that actually contains the only footage of his parents’ wedding, but hey, he doesn’t know that): Pranks played on his mom and dad, fights between his action figures, fireworks explosions and random explorations with his best friend Josh; and, one night, at a sleep over, the two boys discover that they can record late-night TV directly on to the tape using the camcorder’s pass-through cables. Of course, bits and pieces of real life make its way through the margins; he discovers that things might not be great in his parents’ marriage, and uses his “private” tape to express some of his, well, less-childlike emotions; and the juxtaposition of the wedding footage and the present day is, well, heartbreaking from time to time. More on the framing device in a minute.

Interspersed with Ralph’s coming of age are the late-night programs that he records off of his parents’ TV, and this is where a whole lot of VHYES’s marketability will come from. Each TV show is a spoof/parody that’s headlined by some solid comedic talent: There’s a Wayne’s World-esque public access show, hosted by Charlene Yi and her on-screen parents in their basement, as they interview punk bands and psychedelic sad girl bands; there’s a joy-of-painting show hosted by Reno 911’s Kerri Kenney, in which she paints happy trees as well as her dunking on a green-haired Dennis Rodman; and a QVC-style channel hosted by Thomas Lennon in which he feuds with his ex-wife co-host while advertising pens and such. The best of these is a goofy porno spoof entitled “Hot Summer,” which, in-universe, is being broadcast in a heavily-edited fashion on PBS because it was the first mainstream film released to deal with the concept of climate change in a real way (this, funnily enough, was the genesis for the entire film, as a full 17-minute short was made first and subsequently chosen by Sundance a few years back). A whole lot of these are hit-or-miss, some of which feel directly derivative from things like Justin Roiland’s House of Cosbys and James Gunn’s PG Porn, but the film’s short runtime keeps Robbins from really running aground conceptually.

Stylistically, Robbins’ attention to detail in VHYES pays off handsomely, with the low-fi visuals providing a kind of organic grounding that any amount of digital post-production could never equal. But, despite the flashy famous people and the goofy skits, it was Ralph’s journey that gave me a lump in my throat, for any number of reasons. The young performers are wholly credible and occasionally quietly brilliant in their understated truthfulness, especially when contrasted with the professionals. This type of film is something I’ve always wanted to see captured in a modern-day narrative, a kind of found footage bildungsroman that feels weirdly ignored as a method of cinematic expression by the most recent generations of filmmakers, who might have actually might have done so back in the day. Robbins relates in a profound way to his young protagonist’s plight, and one can easily see where the director and the character overlap, and even the selection of what he watches and in what order feels stream-of-consciousness in its presentation (the director does overplay his hand a little bit with a fantasy sequence near the end, but it wraps up in a sweet way). There’s an absolute earnestness to the way that everything in VHYES is filmed. Perhaps that’s what separates this from so many other projects of a similar ilk: Robbins means everything that he says, and he refuses to dip into easy ironic territory in order to score cool points with his audience.