Sigrid delivers her strongest ‘sucker punch’ yet at The Paradise 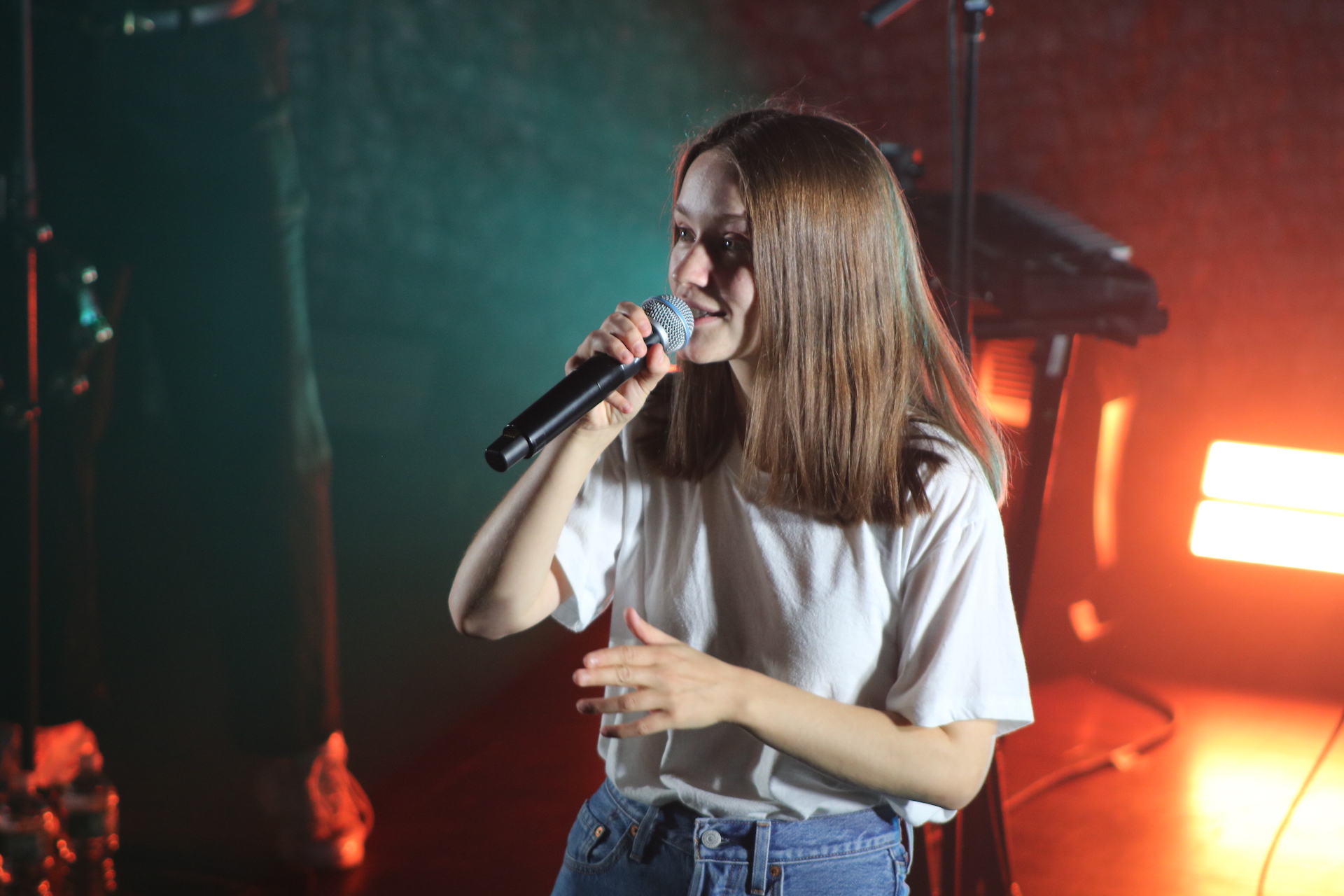 Someday, scientists will have to investigate how Sigrid transformed music-listening into a battle-ready, physical experience.

Agile, bright-eyed, and keen on jaunty dance tunes, the 23-year-old-Norwegian songstress assuredly isn’t violent by nature, but she’s still able wrestle anyone to the ground with the slip of her tongue. That’s precisely how she lyrically strong-armed her way through Boston at a sold-out show at The Paradise Rock Club on Saturday (September 21).

“And you wonder why / No one’s by your side / When the room goes quiet.”  Bodyslam. “Do you need me to spell it out loud? / You screwed it up, plot twist, moved on.” Right in the teeth. And, the ultimate one-liner that placed the pop world under the heel of her white tennis shoes: “You think you’re so important to me, don’t you?” PIN.

Each quip certainly calls to mind that ol’ modern art dismissal of “oh, anyone could do that.” Yeah, but no one else did. There’s a reason Sigrid’s debut album, released just this year, is called Sucker Punch. Her breed of alt-pop smacks you in the kisser with a smile, and you can’t see it coming from a mile away because nothing about her springy songwriting sounds the least bit temperamental. She plays offense and defense at the same time, sprinting across the field, fueled by a dizzying mix of simple and sassy execution.

“I usually listen to this when I’m really stressed out — yes, I listen to my own music,” she said on Saturday, winding up for “Don’t Kill My Vibe” while lowering her voice and flashing a knowing smile. That’s the whip-smart single that snapped up everyone’s attention when she was 20 years old, tattooing her self-proclaimed “thing for choruses” into her burgeoning reputation. A few years later, her punchy alt-pop pluck remains, strengthened by an entire record’s with of similarly savvy material. “You speak to me like I’m a child… and you feel threatened by me,” she analyzed again while onstage.

The message is symptomatic of a young woman entering the music industry at a tender, more vulnerable age. There are a million ways to show your teeth back at the suits of the world as you enter adulthood, like protecting some semblance of your privacy and donning baggy clothes (a la Billie Eilish), or rebelling and acting “unladylike” in the public eye (cue Miley Cyrus). But Sigrid does neither, and she flexes her muscles through her musings instead.

She wore a warning from the start; on her first EP, “Dynamite” brandished her first words of caution, “You’re as safe as a mountain / But know that I am dynamite.” She excavated that nugget of foresight two-thirds deep into her 16-song set, albeit a little tardy, with metaphorical shrapnel already scattered across the stage from all the relationship trauma she had blasted through.

Her performance’s story arc — in this setlist/iteration, at least — waffled from “Mine Right Now” to “Never Mine” mighty quickly, strangers and perfect pretenders one careless moment, painstakingly “just friends” the next.

Although, there’s a feeling on the emotional continuum that never surfaced: Self-pity. We’re largely a culture dominated by the dreary these days, but if Sigrid also falls prey to that doom, she never lets it show. She’s candid when things go south, a realist to the end, and she never hangs her head or veers towards the blues.

“Wallowing in it would be such a waste / That isn’t gonna fix it anyway,” she scoffed on “Don’t Feel Like Crying,” her bad-news-begone anthem that she used to button up her Boston show. Her soaring spirits merely postpone the pain (“It hasn’t hit me yet / And I know if I go home I’m gonna get upset”), but in the moment, Sigrid’s got her hands on the cure. Even with potential agony around the bend, she’s what keeps us all rounding the corner at full speed, arms and face gleefully sticking out the car window, looping back for more.

Sure, a piece of us knows better. But we still come back for that sucker punch.