Yes, they made a ‘Between Two Ferns’ movie, and it already has a trailer 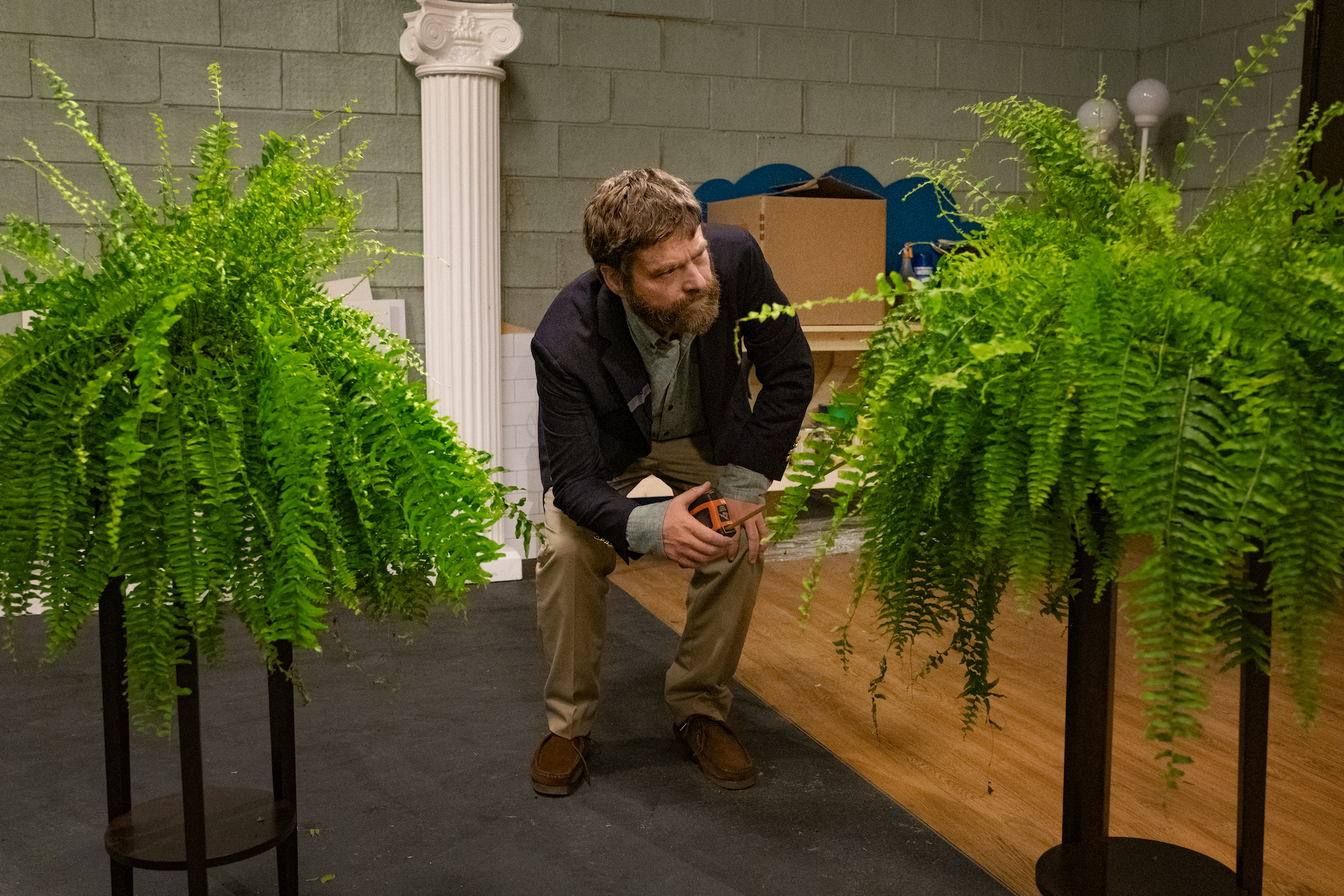 It’s January 4, 2008, and there’s a lot going on in the world to be concerned about. The U.S. is involved in two wars with no end in sight, the economy is starting to seriously falter and we, at this point, still have a year left of George W. Bush’s presidency. So, it’s understandable that an entire generation of alt-comedy nerds, weaned on The Daily Show and catered to by Will Ferrell’s Funny or Die, would tune in en masse to the first episode of a web series talk show, hosted by a then-unknown comedian with a nearly unpronounceable last name, to escape some of the horrors of the world. That man was Zach Galifianakis (got it right on the first try, motherfuckers), and that show was Between Two Ferns. Its awkward-ass absurd and occasionally mean-spirited humor was perfect for millennial college kids, and it soon became a megahit.

Flash forward ten years later, and shit’s still pretty bad worldwide, but Galifianakis is super famous now, and Between Two Ferns has sort of receded into the background as the dude started getting steady work. Episodes, which used to come out on a pretty regular, if unreliable, schedule, now take two or three years to hit the internet. The man has interviewed Presidents and presidential candidates, and some of the most famous people in show business in his tenure. So what, really, is left to do? Make a movie, of course. Netflix will fund anything, after all, and when you’ve got a guy like Comedy Bang Bang‘s Scott Aukerman behind the camera, why wouldn’t you just throw money at him? The streaming service dropped a trailer for the project on Tuesday, and boy, does it have a lot of famous people in it.

“Zach Galifianakis dreamed of becoming a star. But when Will Ferrell discovered his public access TV show ‘Between Two Ferns’ and uploaded it to Funny or Die, Zach became a viral laughing stock. Now Zach and his crew are taking a road trip to complete a series of high-profile celebrity interviews and restore his reputation. Directed by Scott Aukerman, ‘Between Two Ferns: The Movie’ is a laugh-out-loud comedy that gives new insight into the curmudgeonly, beloved outsider Zach Galifianakis has created over the years.”

You won’t have to wait too long for Between Two Ferns: The Movie, as it’ll hit Netflix on September 20.