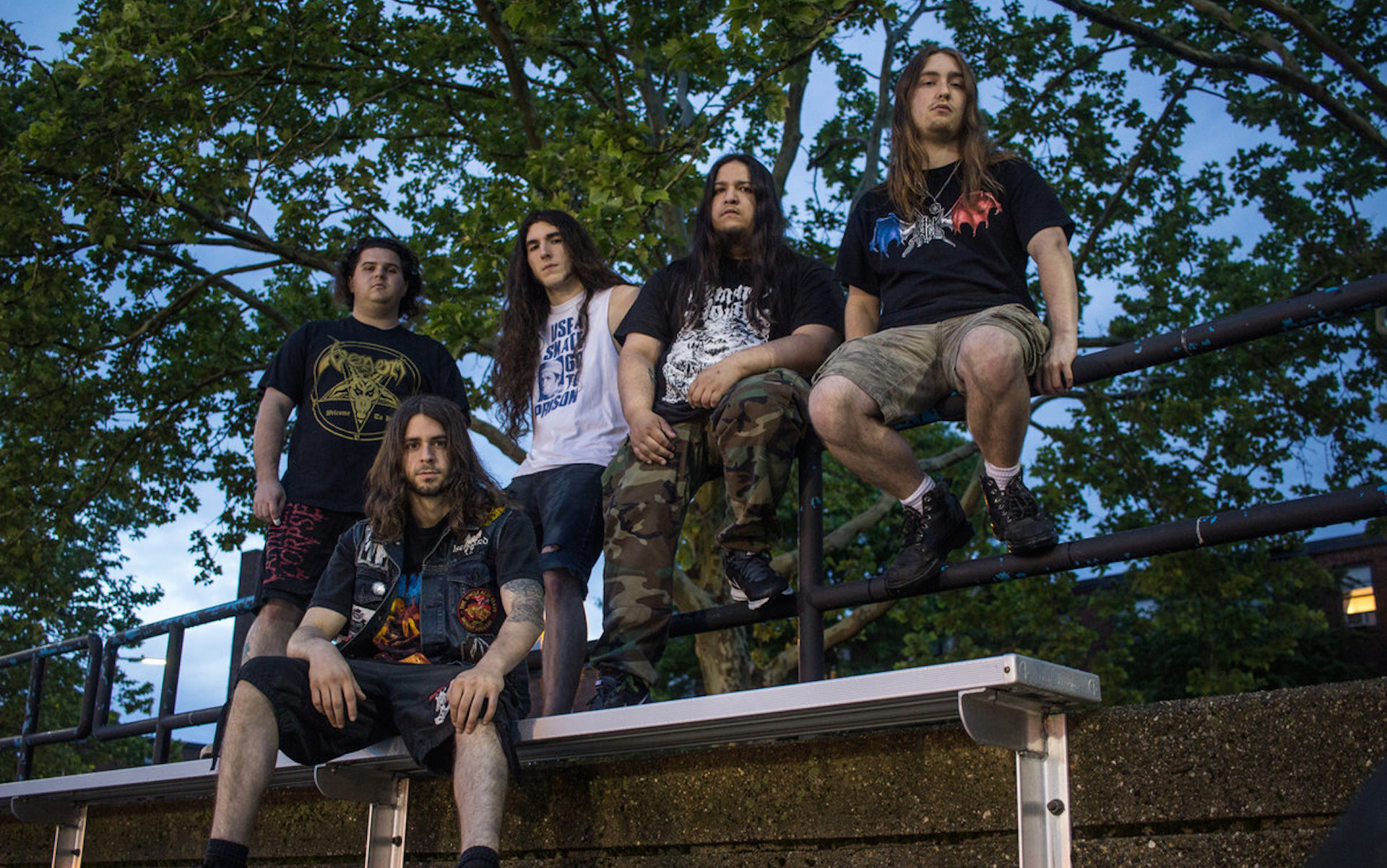 What Studio 52 Says: Kicking ass and taking names, Face First have been rocking throughout the Boston area with their thrashy hardcore sound. If you could take ’80s thrash and combine it with early hardcore, you might come close to the fist pumping ear slashing sounds of Face First. Riff after riff keep listeners headbanging at every corner while front man Christian Sanchez tears through you with his aggressively ruthless vocals.

They began in 2013 Face First couldn’t release their demo until 2017, when they finally had a solid lineup of bandmates comprised of current members of Perennial Quest. With this strong group of musicians, they were more than ready to unleash their fury throughout and wasted no time putting out a split a year later with Paralysis. Both bands shared their time on a CD while bringing different sounds to the table and still maintaining such an awesome collaboration.

This Saturday (August 17), Face First play The Big 4 Charity Tribute show at Sammy’s Patio on Revere Beach. Theirs is day two of cover band tribute shows for charity, with the first night being death metal themed. The second night however is completely classic thrash metal and you won’t want to miss some excellent Anthrax cover songs by members of Face First amongst others. The flyer below has all the info.

Here’s an update for whomever it concerns, we’ve been very silent lately regarding what this band’s even been doing since our last show in Brooklyn in February. Since then we lost both Aaron and Dan due to scheduling conflicts and creative differences. Nonetheless, we still keep in contact with Dan and Aaron and remain very good friends with them. Since then Shawn, Andrew, and Kevin have joined the band and we’ve been doing all we can to hit the stage soon and release something big for everyone. We just finished up recording a couple of songs with Trevor Vaughn for our full length that we’ll be releasing early on a split with our friends from Paralysis from NJ. Expect that at some point within sometime VERY soon. . . . . I. Visions In Hell II. Eyes of Grievance . . . 📸: @rory_cronin_