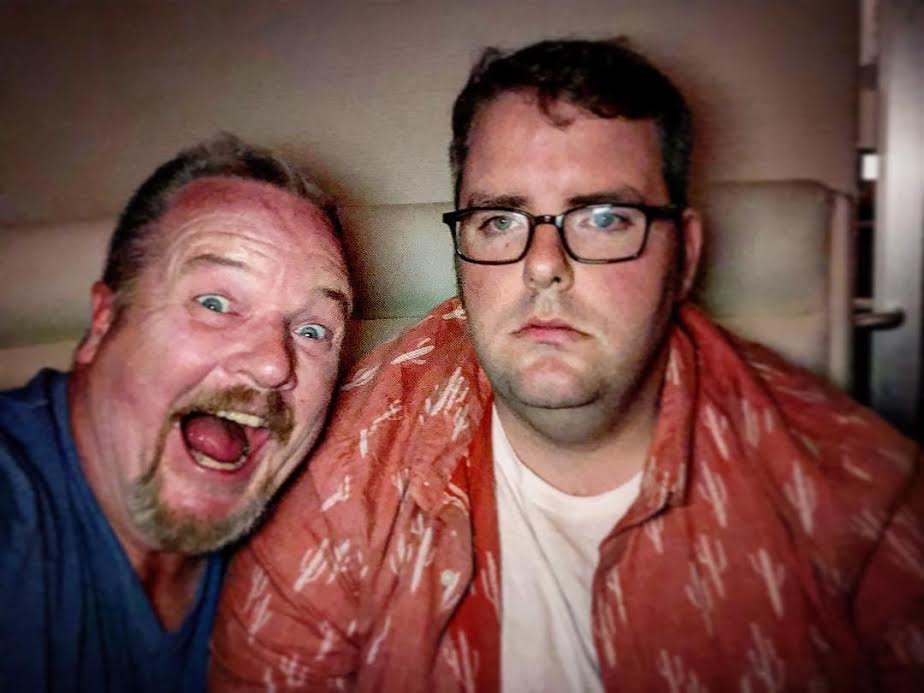 The local comedy vets dissect, discuss, and stretch the limits on the definition of ‘New England’ films

Sean Sullivan and Bill McMorrow claim that they’re two of the dumbest people you’ll ever meet, but given the fact that they decided against doing a podcast solely based on the Market Basket flier that winds up getting “Kobe’d” into your trash can, and instead put together a weekly cast where they discuss New England-centric films, they’re pretty freakin’ smaht, dude.

Two Boys in a Balcony not only focuses on films that are embedded in the culture of the region, but it also stretches the limits of what constitutes as a truly New England film. Whether the film is based in or features any part of New England, if someone says the words “New England,” or someone has a New England accent, or even if someone is on a bus that cuts through New England, the boys have you covered. And while they are fans of podcasts that specifically target bad movies like How Did This Get Made?, The Flophouse, and We Hate Movies, Sullivan and McMorrow wanted to do something that separated them from the rest of the herd.

Just south of their 10th episode, the longtime comedy pals feel like they’ve found a groove in what they’ve done so far (minus the “dog shit” sound quality of the episode covering The Friends of Eddie Coyle), but they also have plans that bring them through the end of the year, and that has them feeling like the best is yet to come.

“The episodes we have in the can right now are really good, and the episodes we’ve done over the last few weeks have been really funny, I think,” says Sullivan. “We’ve been happy with what we’re putting out, and we basically have the lineup of movies that we’re going to cover through the end of the year, and we’ve got some real wild ones coming up.”

In a world over-saturated by podcasts, Sullivan and McMorrow aren’t looking to make this a lucrative endeavor. Sullivan admits that even if they weren’t doing this show, they’d still be getting together to watch and chat about films. They aren’t looking for accolades, but if they were given the award for being the one-billionth podcast, or if any AMC theaters want to give them free movie tickets, they’d be content with what they’ve managed to accomplish, even if people stopped listening in.

“We aren’t really focused on any metrics of success,” says Sullivan. “With everything in the world of comedy, or everything that’s adjacent to the world we work within, we’re so late to absolutely everything, that if we had any aspirations to succeed with this, we would completely fail right away.”

Listen to Two Boys in a Balcony via podbean.