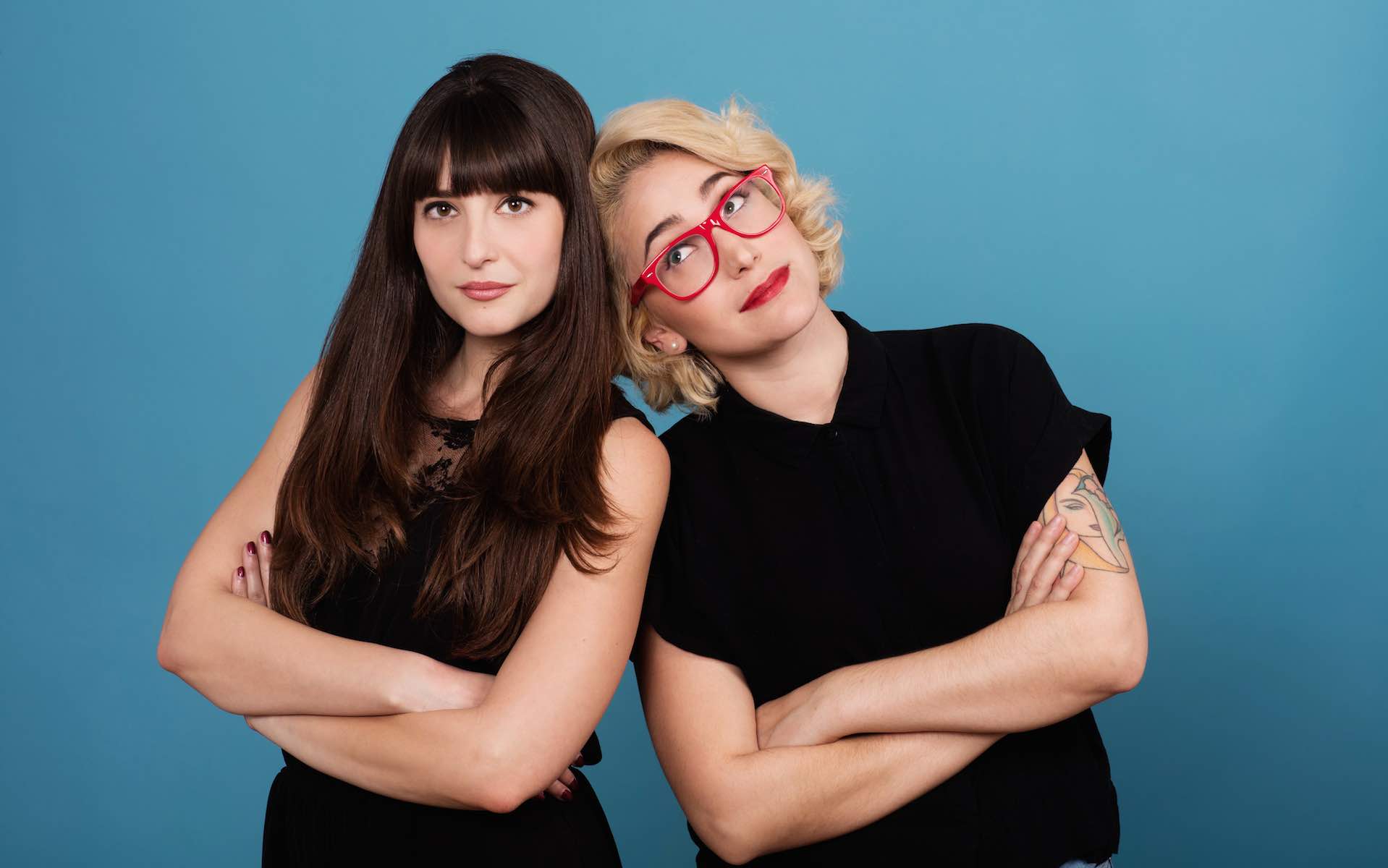 Gaby Dunn spent a lot of time at The Harvard Coop during her time at Emerson College, and now, with her second book, written alongside her comedy collaborator Allison Raskin, on the shelves, her connection to the famous bookstore is coming full circle.

Having released Please Send Help this past Tuesday, Dunn and Raskin are making their way to Harvard Square this Friday (July 19) to read excerpts from the fresh pages, and meet with fans of their writing, their comedy, and their YouTube channel, Just Between Us. While Dunn is excited to make her way back to the place she finds so magical to hype the new book, Raskin is looking forward to getting her first taste of the shop, and admits that, for a bookworm such as herself, it may be a bit tough to stay focused.

“Gaby and I are both big book people,” Raskin tells Vanyaland. “I read constantly, and I love going to bookstores, so for me, being able to go to such a well-known one, and being there with my own book is very exciting. I might actually miss the entire event because I’ll be wandering the aisles.”

The new book continues the story started in the duo’s 2017 release, I Hate Everyone But You, which followed Ava and Gen — characters loosely based on Dunn and Raskin — through the growing pains of college life while preparing to go off into the world. The continuation finds the two characters adjusting to life apart in different cities after college, and for Dunn, the aspect of illustrating the roller-coaster ride a friendship can be taken on when best friends are separated by thousands of miles was an exciting path to go down.

“We’re really excited that our editor let us write this book,” says Dunn. “Friendships take so many twists and turns over the years, so to be able to explore what the friendship [between Ava and Gen] means when the girls are older, and to track their journey, was really creatively fulfilling.”

I might actually miss the entire event because I’ll be wandering the aisles.”

Writing the follow-up may have been fun, but Dunn and Raskin are even more excited to be able to get out and bring the book to life in front of a live audience. Since the book is written in a conversational format, the ability to attach character-specific voices to the exchanges adds an even more exciting layer to the prospect of bringing parts of the book into a live setting, and being able to act out the passages as scenes, in a way, helps the duo remember just how funny they are and how well they work off of each other.

“Having backgrounds in performing live, between stand-up and improv, so it’s always exciting for us to get out in front of a live crowd,” says Raskin. “So much of what we do is listened to when we aren’t there in person, so to have the feedback from the room is exhilarating.”

While Dunn and Raskin tag-teamed the book, Dunn is quick to credit Raskin with the comedic overtone that was used to tackle and destigmatize certain issues and topics. As someone whose writing career is built around the approach of finding the humor in life’s toughest moments, Raskin’s idea to inject that element into the book has Dunn on cloud nine, and neither of them wanted to pass up the chance to make a difference with their comedic viewpoints.