Now you can buy a figurine of the bear from ‘Midsommar’ 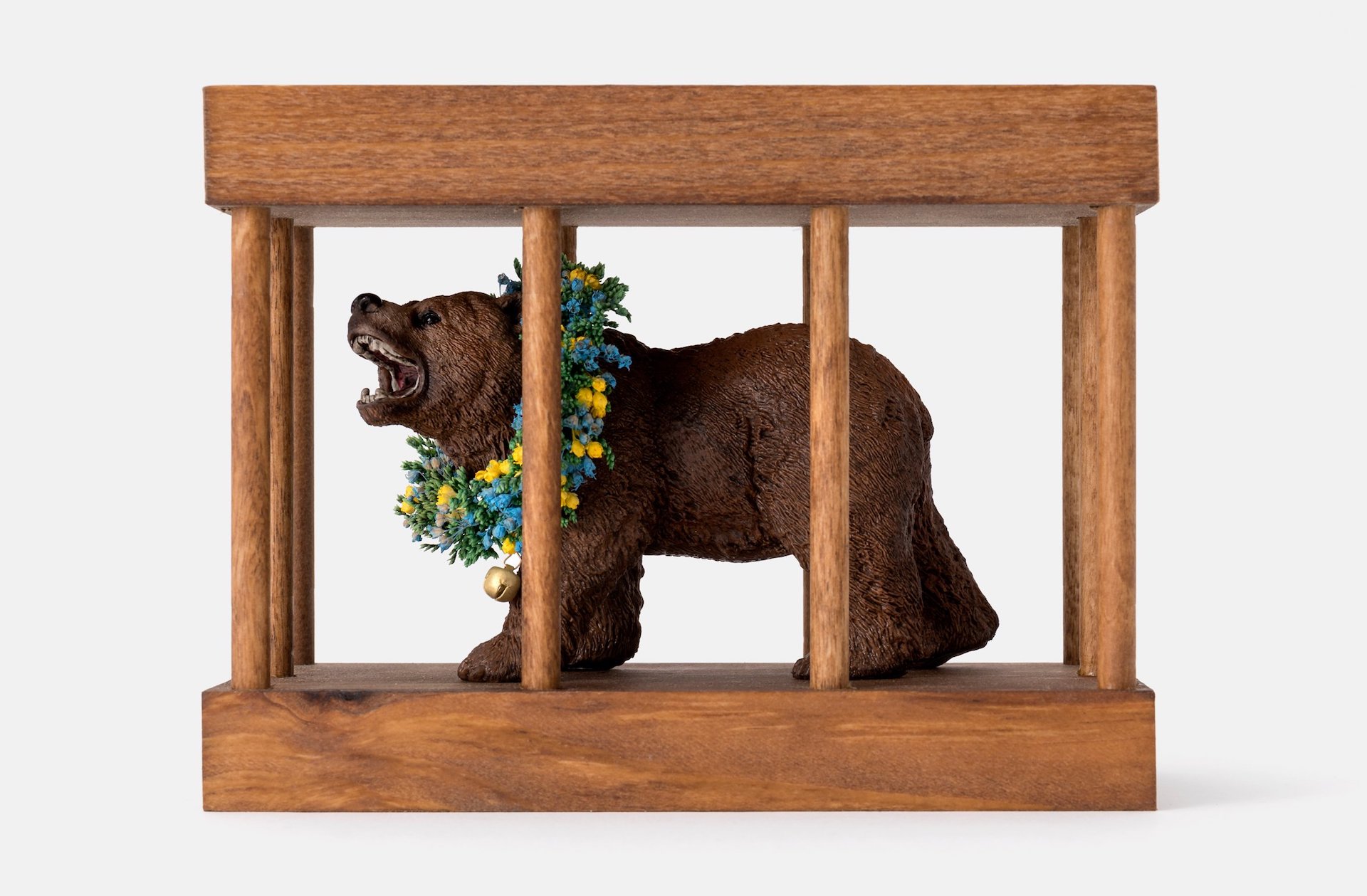 One under-heralded aspect of A24’s ascent from relatively unknown DTV distributor to easily-recognized and frequently beloved indie studio is the effort they’ve put into merchandising a whole lot of their esoteric back catalogue. They have an online store, where they sell studio-branded clothing, and even a line of candles inspired by the film genre’s that they’ve distributed. For a time, they had an Etsy shop, in which one could purchase figurines made by the little girl from Hereditary, and, soon after, they teamed up with the cool-ass motherfuckers from Online Ceramics to create a line of shirts from the popular horror film. That partnership extended out to their other genre offerings like The Witch, and it was all but inevitable that they’d do the same for Ari Aster’s Midsommar, given the hype that movie had leading up to its release.

What, perhaps, people weren’t expecting was that the studio would also release a figure of the bear in the cage from the film (spoilers are dumb, and who gives a damn). That’s right: the best sight gag in the whole film (and probably the best joke, honestly, though the Austin Powers gag still rules) will soon be available in miniature form in order for you to frighten off co-workers and shitty soon-to-be-ex-boyfriends.

Here’s a brief “commercial” the studio made for the product:

Well, that’s pretty interesting, especially if you loved the movie. We didn’t, but that’s ok!

Here’s some more details from the A24 website about what exactly your purchase will get you:

Be forewarned, however: A24 is only selling 75 of these bad boys, so they will most likely be gone in about two seconds whenever they go live on the store (anybody who has ever purchased a Mondo print will empathize with your pain). But, at $32 a pop, they won’t break the bank too badly. They’ll go on sale on Wednesday, July 10, so you might want to go ahead and get your credit card information ready.

Midsommar is currently in theaters everywhere.