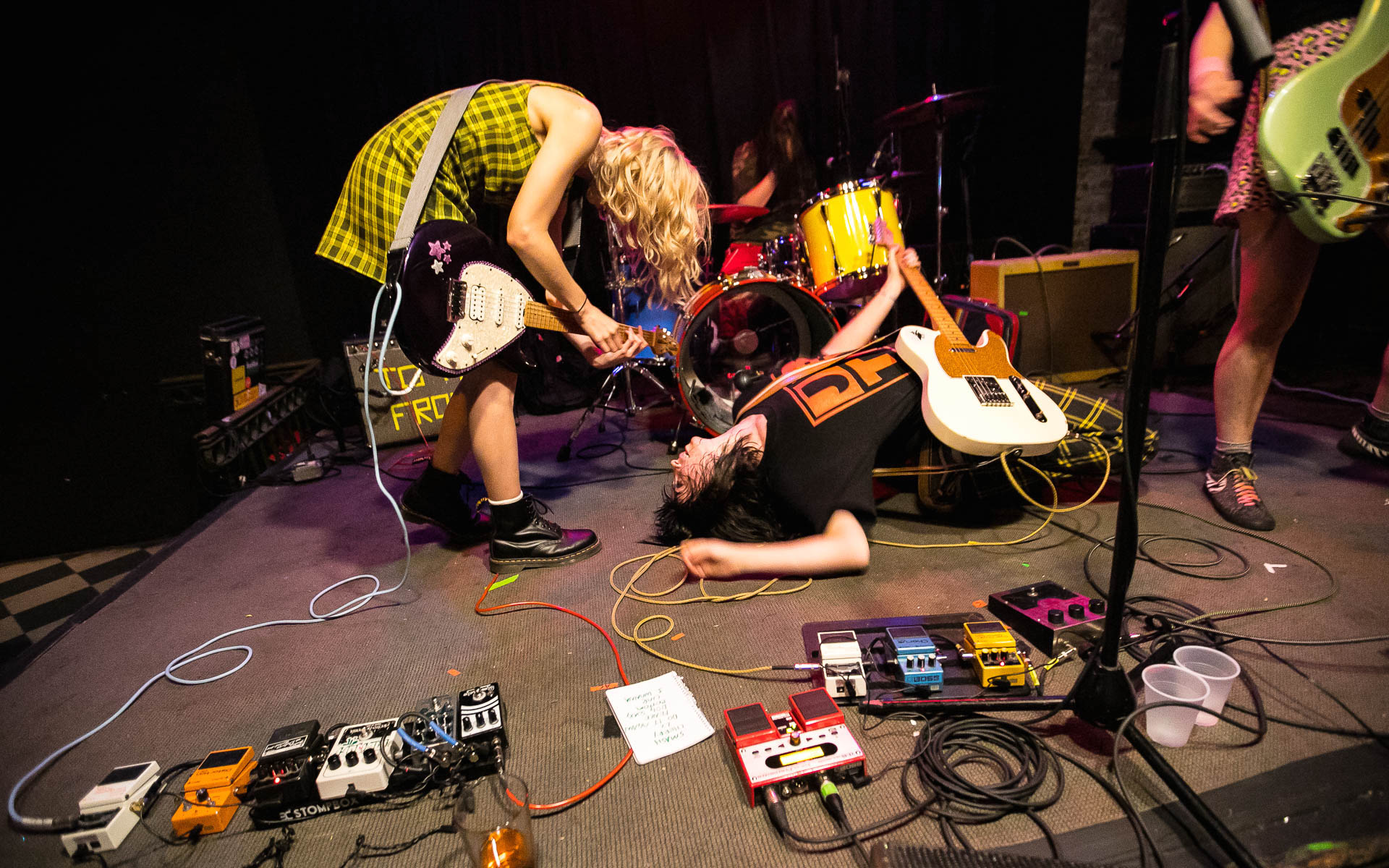 Before Potty Mouth played Great Scott on Friday (July 5), the Northampton-born, Los Angeles-based band had some “homecoming” holiday business to tend to out in Western Mass. That Fourth of July show must have been an impressive rager, as everyone on stage in Allston the following night noted severe hangovers were in full effect.

Opener Colleen Green even accidentally left her guitar behind. Green’s set began behind schedule as she fumbled setting up a beat machine on her phone with back to the crowd. Later the unfamiliar guitar buzzed feedback at the audience — it was an awkward, delayed start that would derail and rattle any band. Yet she was admirably in control. She threw on her black sunglasses and tattered jacket, with zero nerves shaken, becoming the mighty Colleen Green. Charging through her tracks in perfect time with pre-recorded harmonies and beats, she absorbed the whole stage as one to a delighted, thrilled audience.

Potty Mouth then took to the stage with a few half-open eyes. Soundcheck was brief, and expressions were motionless. Hangovers be damned, however, they kicked it into high gear with the incredibly hooky, power-pop track “Smash Hit.” The single from a few years back sits nicely in their newly released LP Snafu (on Get Better Records). Lead Abby Weems glared at the crowd with mascara running, astutely reading the room to develop a memorable set. Bass player, Ally Einbinder reminisced playing Great Scott frequently prior to moving to Los Angeles. With nostalgia on the mind, Potty Mouth diverted from their set list to play “Massachusetts.”

With a carefree, playful attitude, this show felt like a homecoming as well. And despite any exhaustion, you’d never guess it with the dynamic, tight set full of stage acrobatics. Check out our full gallery from the night’s festivities below.