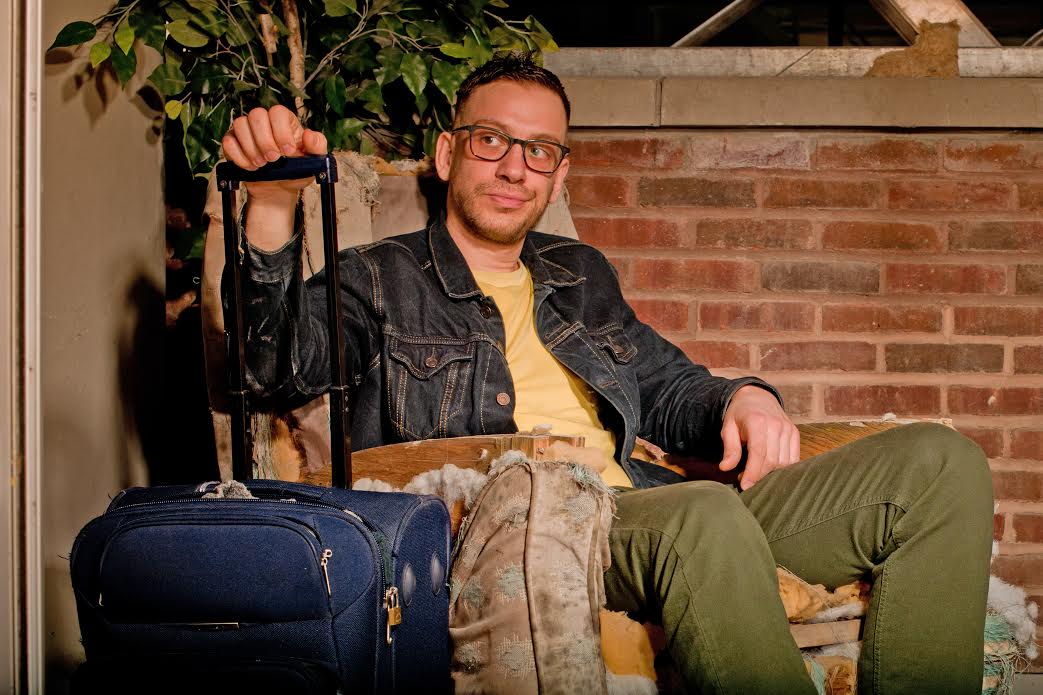 After 14 years in the game, the Toronto native’s debut album brings darkness to light

Pat Burtscher isn’t about making any sort of grand gesture — but he’s all about it keeping it real and honest.

Dropping his debut album, Patty Cakes last Friday (July 5), Burtscher is of course excited to see and hear feedback from friends and fans, but after a few past attempts to record an album were scrapped for one reason or another, he is also quite relieved that he was finally able to get it out there for everyone to hear.

“It’s one of those things where it hasn’t really sunk in yet, but I’ve gotten some good feedback on it,” Burtscher tells Vanyaland. “It’s a relief, and it’s also a bit nerve wracking, because you never really know how people are going to react to it, since it feels a little different with listening to stand-up comedy, since you’re not in the room or anything. I’m happy that it translates, and people like it, though.”

Although it might seem a bit odd that Burtscher hasn’t released any albums at any other point in his 14-year career until now, but it’s not from a lack of trying.

Having made a few attempts at putting his material on record over the years, Burtscher was always met with something that he knew wouldn’t translate well on an album — like the time he was recording at the Comedy Underground in Seattle, and someone in the front row stood up and screamed that they needed to catch their train, and effectively ruined the process – but at some point, Burtscher waded through his apprehension to try again after so many attempts to get it right, and got back on the saddle.

“I let go of that sort of feeling, and just had fun with it,” says the Toronto native. “There was a little bit of apprehension, and I kept putting it off, but it got to the point where I was just like ‘let’s do this, and then move on to the next thing,’ because I was happy enough with it, and I just wanted to keep going.”

While the album showcases many layers of Burtscher’s comedy offerings, with his well-crafted observations and self-deprecating humor anchoring the 40-minute set, The New York-based comic admits that it’s really only a chapter of what he has to offer.

Another aspect of Burtscher’s comedy that is on full display is his ability to take a personal tragedy like his father’s suicide and his own experiences with depression and suicidal thoughts, and turn those experiences into a series of jokes that he admits were therapeutic in a way. He hadn’t really planned on talking about his dad’s suicide on the record, but the topic came up, and he didn’t want ot derail the course he was on.

“Initially, when I first talked about it on stage, it was because it was at the forefront of my mind, and I had to say something,” says Burtscher. “It is therapeutic in a way to find to talk about something that is affecting you, and then getting people to laugh at it. I think humor can be a powerful thing, where it can take the edge off of something, but not totally defame it, so it still feels like it’s in the way, but you can tackle it.”

For Burtscher, getting his debut album out has been an overall fun experience. From the show itself and seeing friends and family come out to support him, to the feedback he’s received since it’s release, the act of putting it together has Burtscher already excited for his next batch of material, where we’ll definitely have a chance to see those other layers that he has to offer.

“Going out and doing it just made it feel not so insurmountable, and it was fun,” says Burtscher. “It was fun to see people come out and support it, and want to be a part of it. Friends that I hadn’t seen in awhile made time to come out and be a part of it, as well, so it’s definitely opened that door in my head, and I’ve already started thinking about what I’m going to do next.”