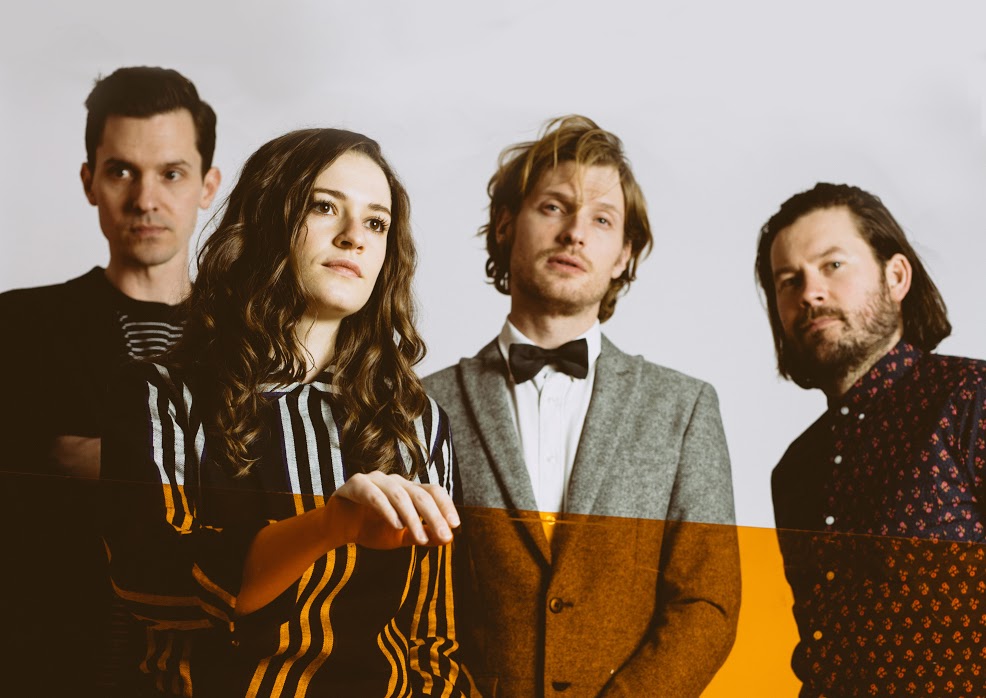 We’re not exactly sure when or where or how we first heard of Graveyard Club, but it’s been tough to ignore the buzz the Minneapolis group have built towards the June 28 release of new album Goodnight Paradise.

Those in the know already know, but the self-described “spooky synth” quartet have made a startling first impression on us with “Finally Found,” a moody sparkle of a tune that bridges sounds of a ’50s crooner’s heartache and ’80s synth-pop wizardry.

And that’s purely by design.

“My parents played a lot of oldies in the house as I was growing up,” says vocalist and songwriter Matthew Schufman. “Some of my earliest musical memories were of hearing Roy Orbison, Everly Brothers, and Buddy Holly blasting out of the living room speakers. The melodies and emotion of those songs captivated me instantly. I was transfixed. As a teenager, I fell in love with the dark, synth-heavy sounds of The Cure and New Order. Since then, I have been frequently drawn back to the 1950s and ’80s as a source of musical inspiration.”

That link is on display at full volume on “Finally Found,” and what feels like Minneapolis’ best-kept secret will no longer be a secret anymore. Never mind trying to pinpoint where we might have heard of these cats before, because this new era of being firmly in the know sounds fucking glorious.