By Michael Christopheron May 31, 2019
ShareTweet 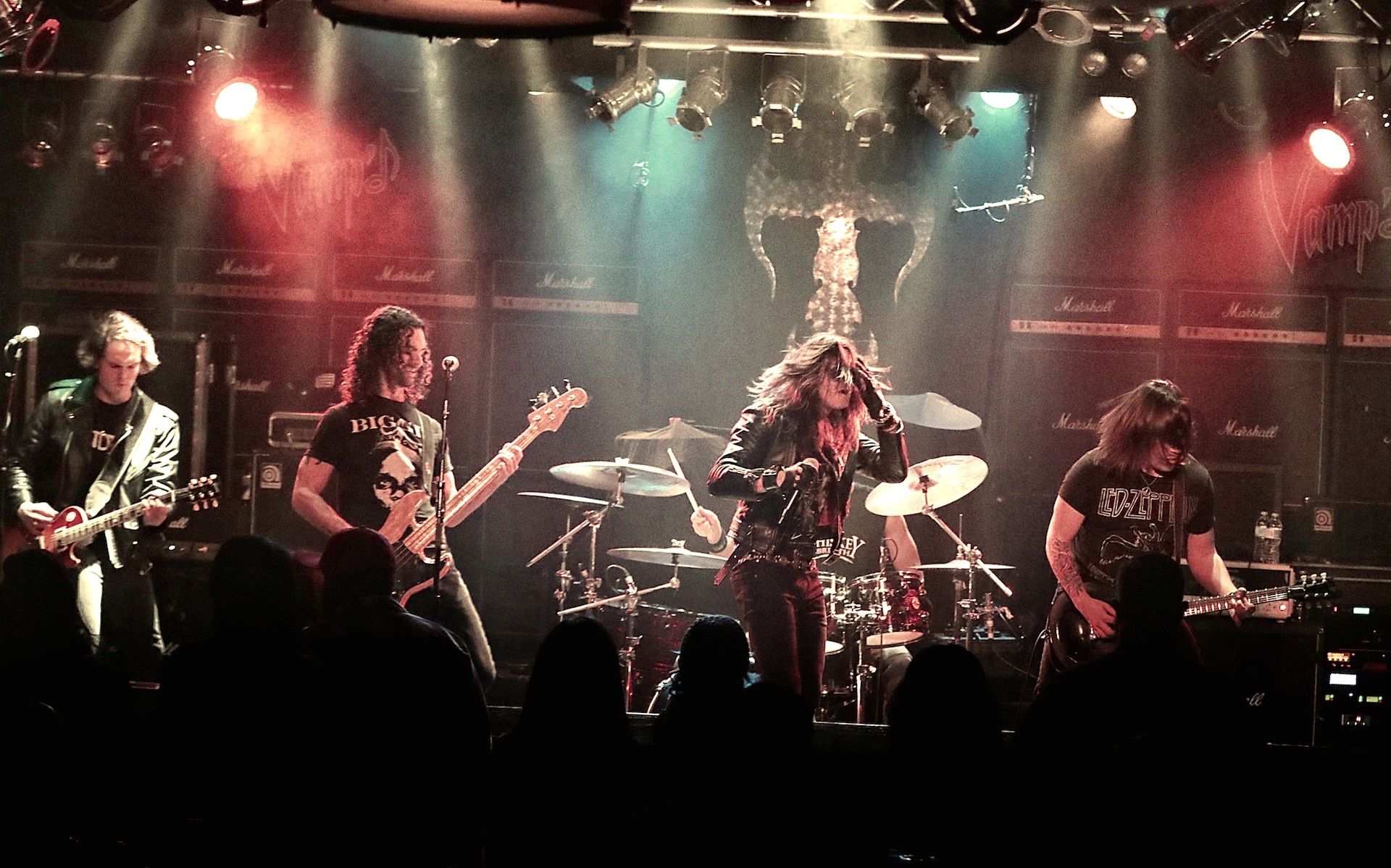 Rock and roll sleaze champions Crash Midnight have shown up with an anthem for their hometown at a time when it’s needed most, today (May 31) dropping an all-too-timely single titled “Welcome to Boston”. The song itself has been rattling around the cages of the the band for some time now, but it publicly surfaces just as the 2019 Stanley Cup Final between the Boston Bruins and St. Louis Blues gets interesting.

“We wrote this one fairly early on as we were scraping along and cutting our teeth in the Boston club circuit,” says Crash Midnight frontman Shaun Soho. “Back then it was called ‘Nothin’ To Lose’ and it just hit right at the heart of that Boston swagger — it’s a city that’s always ready for a fight… I think that line ‘you wanna dance?’ right before the solo nails that attitude.”

The track took a backseat for a bit but, according to Soho, the “gritty, street-level anthem about the band’s formative years in Boston” needed to be heard, and here we go. Despite the C-Mid team residing in Vegas these days, Soho is adamant recognizing his roots.

“You know, I just don’t think there’s anything like the history and character of Boston,” he says. “There’s so much to the city, but it still has that small town feel. When we were coming up, it was a hometown that you could know like the back of your hand, every alley and every hole in the wall bar. You don’t get that many other places and it’s something you don’t forget even when you move away.”

There couldn’t be a better time to remember than tomorrow night when the Bruins head into St. Louis for Game 3 of the Cup Final against Blues with the series tied 1-1. And Soho has some thoughts on what the B’s should do, and it involves the Bruins playing the new number.

“Well, the New England Patriots played an unreleased version of ‘Welcome To Boston’ all last season and things worked out pretty well for them, so maybe that’s not too bad of an idea” he says. “Either that or pull Shawn Thornton out of retirement if Gryzlak is out for the series… and while they’re at it, bring Rene Rancourt back for Game 5!”