By Michael O'Connor Marottaon May 30, 2019
ShareTweet 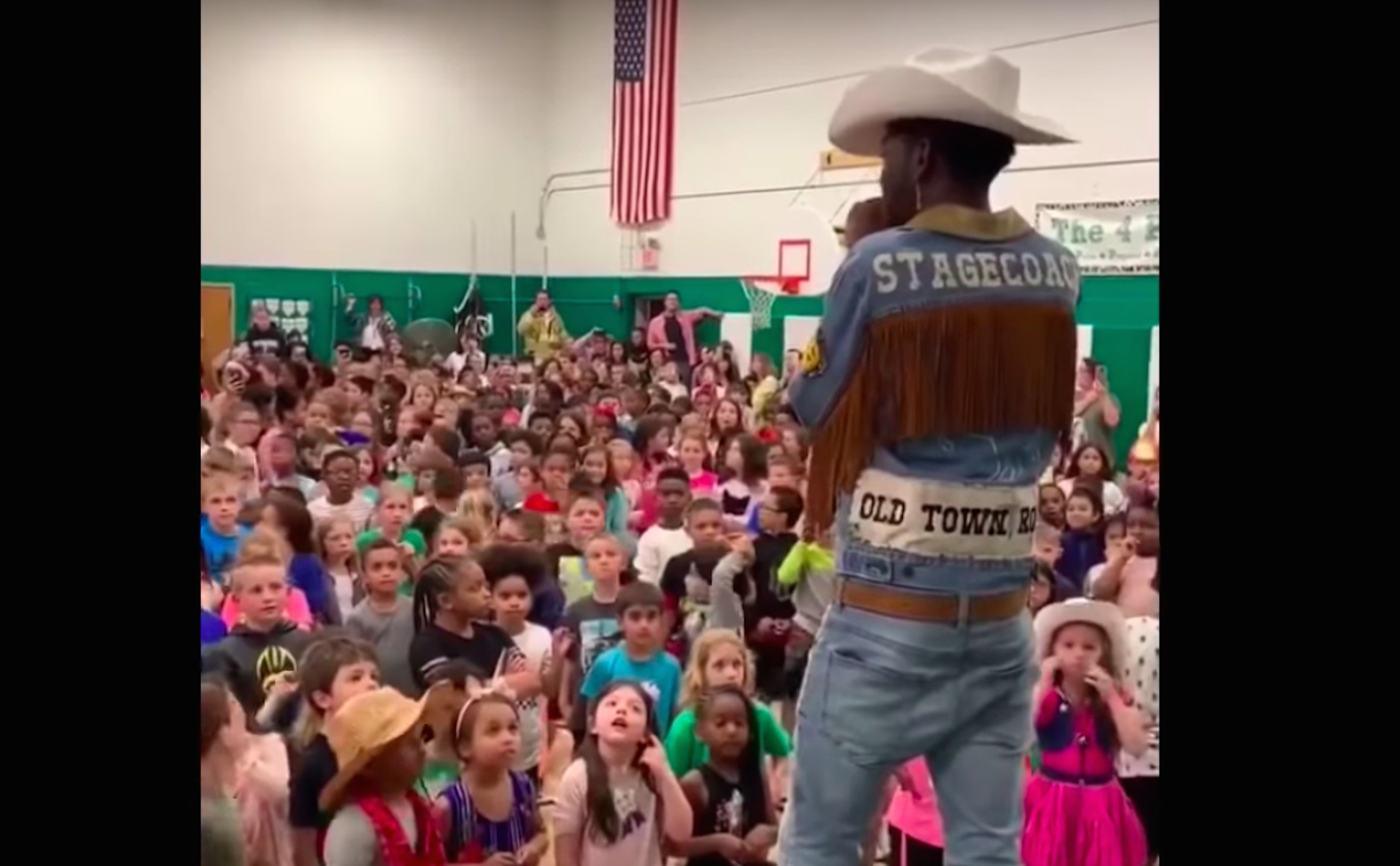 And now he’s at elementary schools.

The country-rap phenom dropped by Lander Elementary School in Mayfield Heights, Ohio this week to perform his mega-hit “Old Town Road.” And the surprised students in attendance did not disappoint.

In fact, it’s pretty much the best thing we’ll see all week. And it’s been a good week!

Here’s how it happened: According to BuzzFeed News, Lander Elementary Principal Felecia Evans tagged Lil Nas X in a video she tweeted of her students singing “Old Town Road” at a talent show. He tweeted back asking when they wanted a free show. Over DMs she asked if he was serious, and it turns out he was. So together they coordinated the surprise appearance.

“It was completely a secret,” Evans says. “The day before, the media had contacted me and I said, ‘Unfortunately, we’re not going to make it work.'”

But it did work, at the school’s year-end magic show. With only a few staff and teachers in the know, as well as the local police department, Evans took to the stage and set the mood: “I have one more magic show for you,” she told her students. “Do you want to see it?”

Then Lil Nas X came out.

And for a moment, all was well in the world. Watch the video below, posted by Complex, and make note of 3:32 in, when he started singing.

The kids absolutely bring it.